Elephant treks in Thailand and the Surin Elephant Round-Up 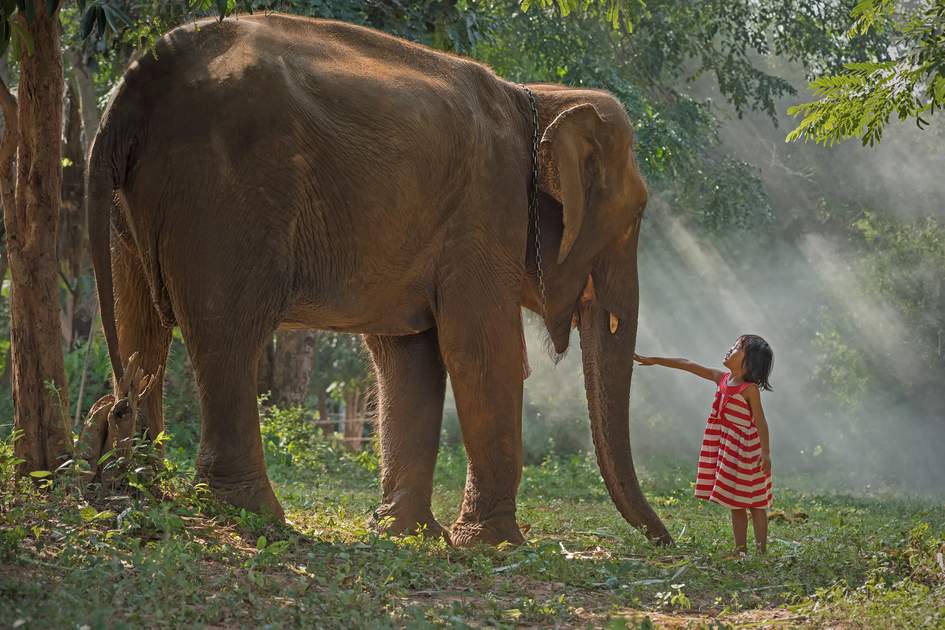 November sees the Surin Elephant Round-Up take place in northeastern Thailand. Visit the area for the chance to see these glorious animals, handled by the world-famous Thai mahouts.

Located on an old Khmer site, the provincial capital of Surin was primarily known for its silk production until 1960, when the first Elephant Round-Up was organised. Originally a festival held by the local people, who are known for their abilities in training the animals, the round-up has now been transformed into an elaborate spectacle that takes place on the third weekend of November. These days about 400 elephants will take part in the event, which includes an impressive re-enactment of the famous battle between King Naresuan of Ayuthaya (1590–1605) and the Burmese, which took place in Suphanburi and is a mainstay of Thai patriotic lore. Both men and beasts are elaborately costumed, and the event puts any elephant show you’ve ever seen to shame. In addition, more prosaic events take place, such as elephant soccer and the obligatory “Miss Elephant Festival” beauty pageant.

The village of Ban Ta Klang, located 60km (40 miles) north of Surin, is the true home of elephant culture in Thailand. It is populated by a people known as the Suay (also called Gui), who are originally from Central Asia and settled in this area before the rise of the Khmer empire. They are Thailand’s master mahouts and travel throughout Asia as elephant tenders – originally in logging, now in tourism. A visit to Ban Ta Klang is worthwhile for those with a serious interest in elephants and is best arranged with a knowledgeable guide. The elephants taking part in the Surin Elephant Round-Up are trained here.

Take a trip and book a massage: Phuket Surprise or Hua Hin Getaway 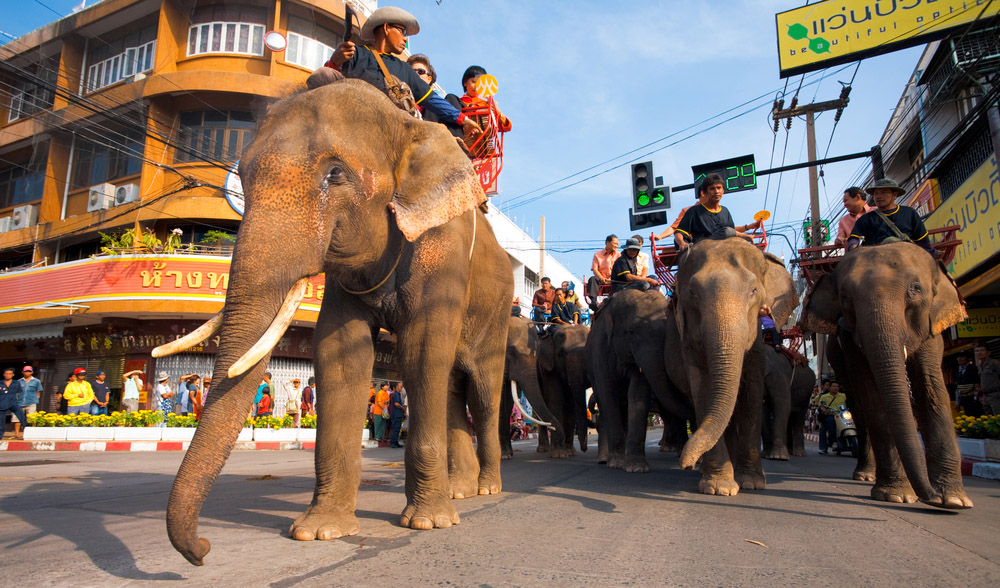 Other places in Thailand to see elephants

The Chiang Dao Elephant Training Centre, near Chiang Mai on the bank of the Ping River, has elephant training routines daily at 9am and 10am. You can ride the elephants (mornings only), including to a hill tribe village, and take a bamboo raft for a 45-minute trip down the river.

The Pattaya Elephant Village, near Pattaya in eastern Thailand, offers a daily elephant show and rides into the countryside.

This place in Ko Chang in eastern Thailand has accommodation in the forest and offers a half-day tour where you get to see elephants bathing and feeding at Ban Kwan Chang camp, followed by a 90-minute trek on elephant back into the forest.

Thom’s Pai Elephant Camp Tours, in Pai, near Chiang Mai, will take you on a three-hour elephant trek through nearby forest, ending with a romp through the Pai River and a hot-spring soak. On request the agency can combine elephant rides with trekking and rafting trips. You can even get married on the back of an elephant.

Get a taste of the ancient rainforest environment on treks in Khao Sok National Park, near Phuket. These guys will transfer you to their tented camp, from where there are several multi-day options that include day and night safaris, elephant trekking and river canoeing through the mangroves. 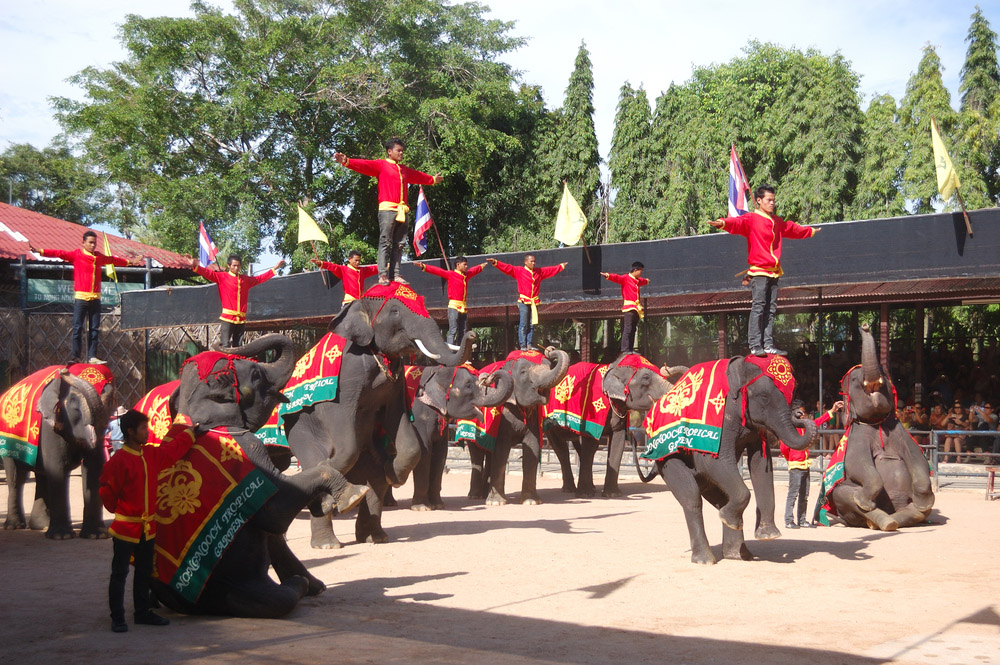 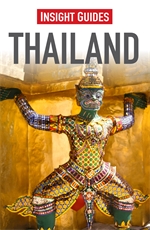