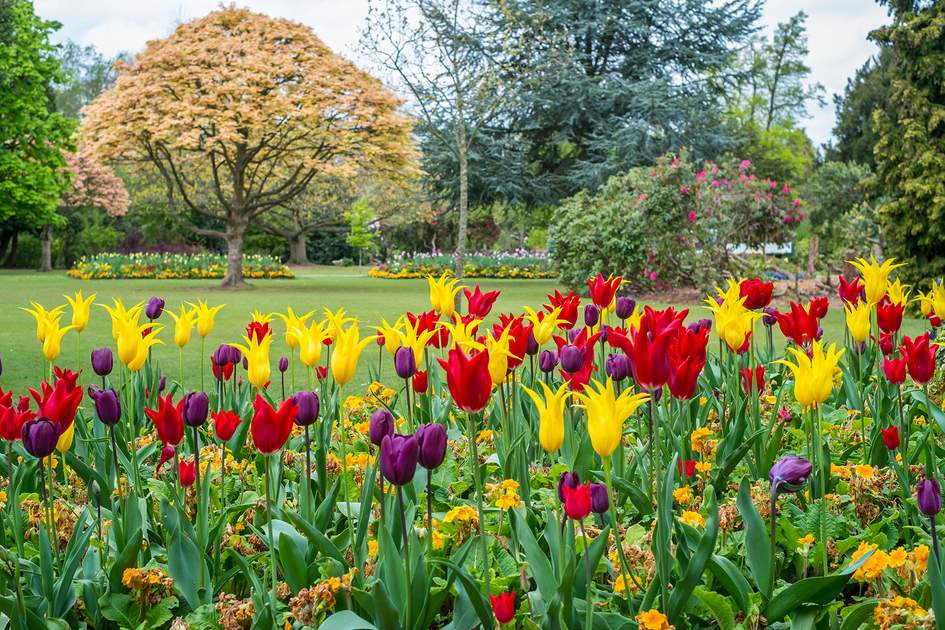 With more than 8,000 acres of parks, 591 green spaces account for around 25% of the UK’s second city. Of those acres, 2,400 make up Sutton Park, meaning you could fit New York’s Central Park within it almost three times.

Add in the lush parks and rolling countryside in and around Birmingham’s vibrant neighbors like Coventry, Wolverhampton and Cannock. You’ll then find a region bursting at the seams with under the radar walks and colorful public gardens. And it’s free for all to enjoy. Read on for ten of the best walks and parks in England’s West Midlands. 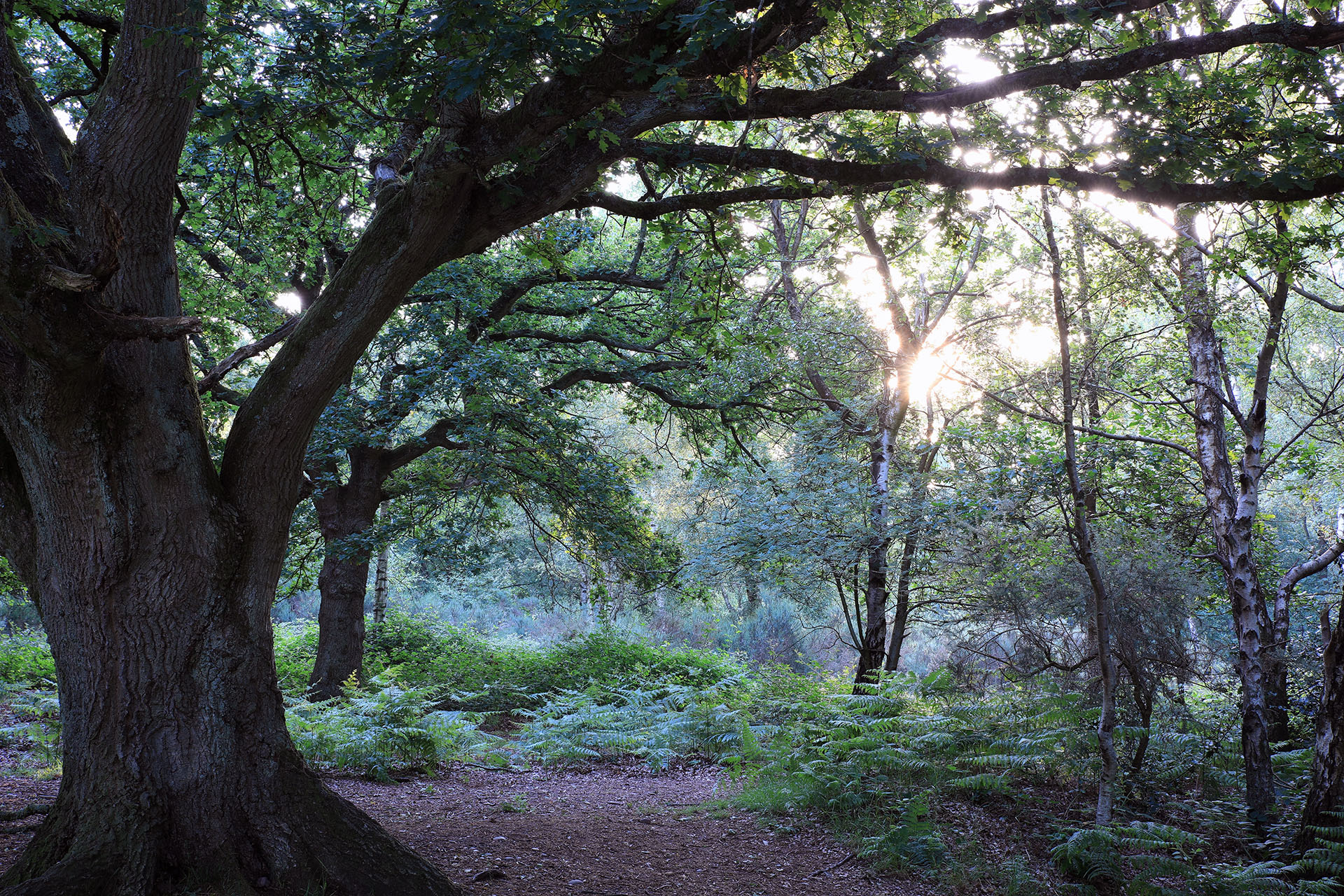 Officially one of Europe’s largest urban parks, Sutton Park is a sprawling town-country National Nature Reserve of various woodland and heathland. There are several walking trails and lakes to explore. Many wild animals, rare for these parts, call the park their home. These include muntjac deer and ponies, and there’s also a donkey sanctuary on-site.

Sutton Park is blessed with facilities including several restaurants, a visitor center and a gift shop. Plus, you’ll find a sailing club, several fishing pools and even a pop-up golf course. Ramble along the park’s designated 5km circular walking route to see all the park has to offer. In 2022 Sutton Park had the honour of being an official B2022 Games venue for the Commonwealth Games, where England won the Games’ first Gold medal in the triathlon. 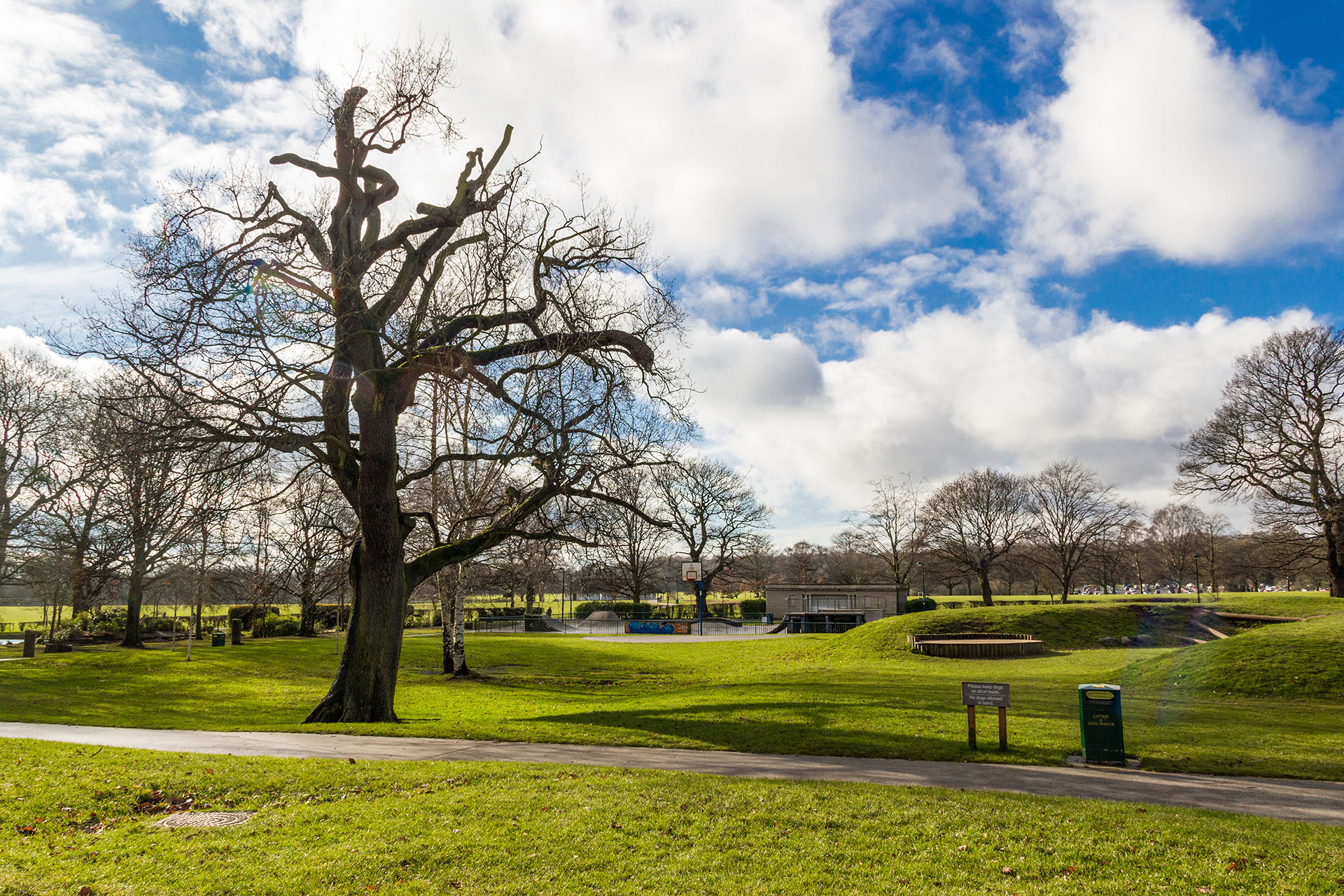 Fancy following in the footsteps of the world’s biggest pop stars? Then head to Coventry’s War Memorial Park. It recently hosted Radio 1’s Big Weekend, with British headliners Harry Styles and Calvin Harris. Coventry’s largest park first opened in 1921 as a tribute to the soldiers who passed away during World War I. Various memorials can be found along its many paths.

Today the park is popular with families and music lovers alike, with the Splash n’ Play water park ideal for the kids. There’s a 1.4km outdoor fitness trail for adults, and the annual Godiva music festival for the entire family. 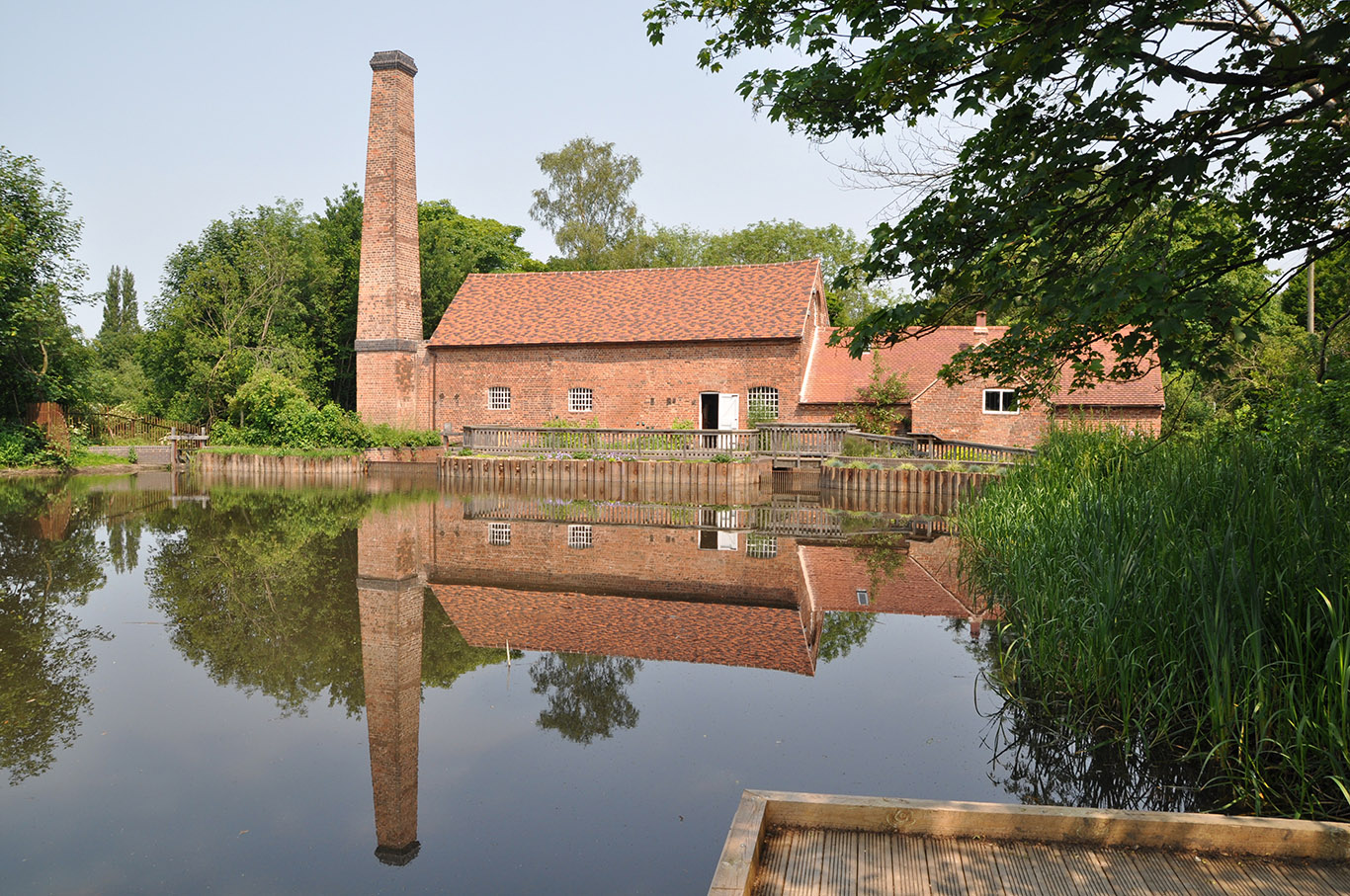 Fans of Lord of the Rings and The Hobbit should look no further than Sarehole Mill and Moseley Bog. J.R.R Tolkien grew up in south-west Birmingham which would soon play a major part in his world-famous novels and subsequent films. Some of his characters are based on the locals that a young Tolkien and his friends would encounter.

Moseley Bog with its gnarled trees and mystical walkways inspired the famous Shire. Sarehole Mill is part of Birmingham Museums. You can visit the 250-year-old working watermill. LOTR-themed walking tours are also available for those looking to indulge in the tales behind the trilogy. 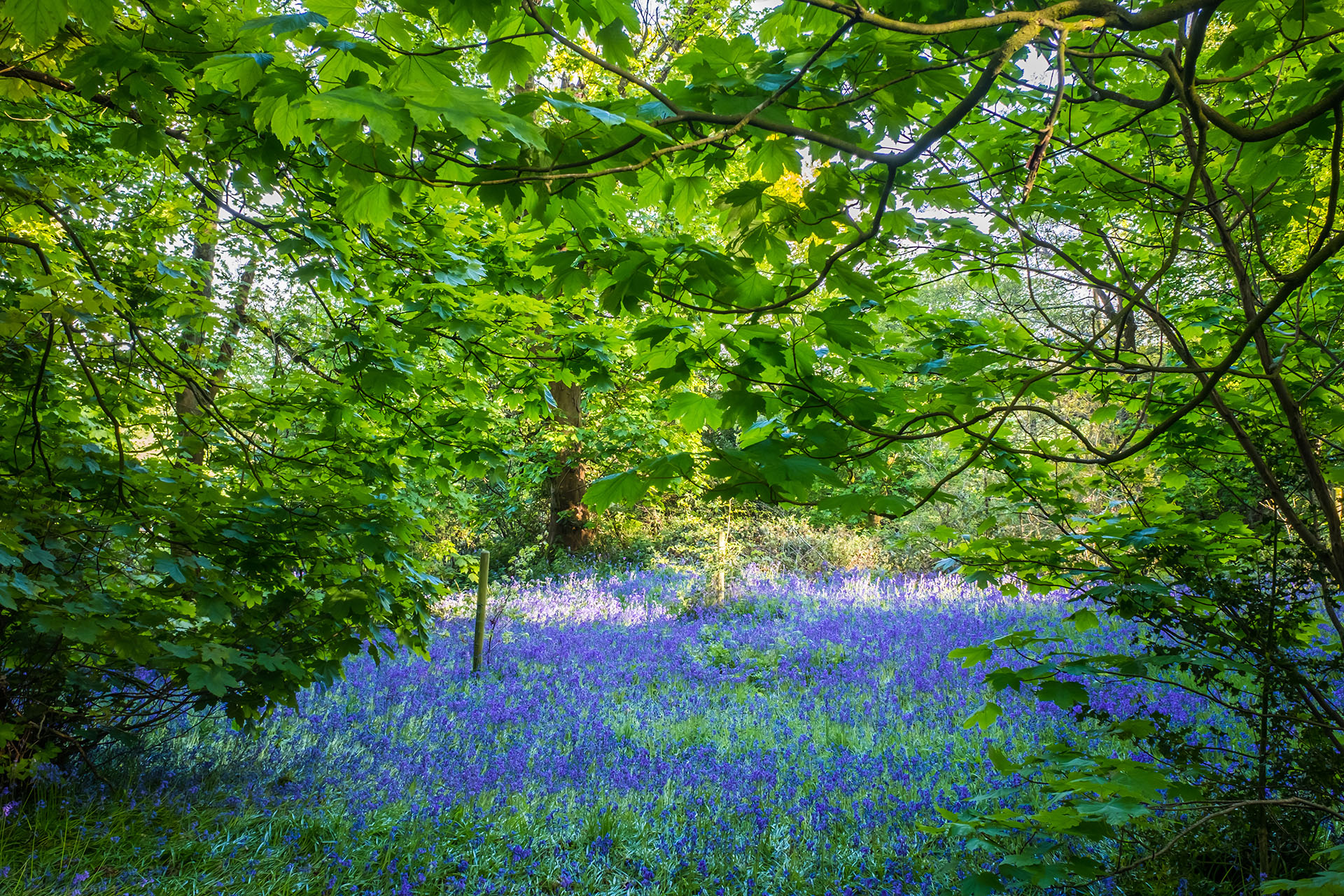 Tolkien was also very fond of the Lickey Hills, where he would holiday as a young boy and pick wild berries on the crest of Bilberry Hill. This 524-acre country park on the edge of Birmingham is a popular family hotspot. There’s a visitor center, children’s park and multiple walking trails on offer. One such trail towards Beacon Hill offers epic views towards the city center.

The highlight is the castle-like Toposcope, built by the Cadbury family in 1907 to commemorate the gift of the land to the city. It is a park largely shrouded by large conifers, making it perfect in those warm summer months. It’s quite a spectacle in the spring as plentiful bluebells flank the hills. Several waymarked circular routes are dotted around the park, including this popular 2.4km hike which begins and ends at the visitor center 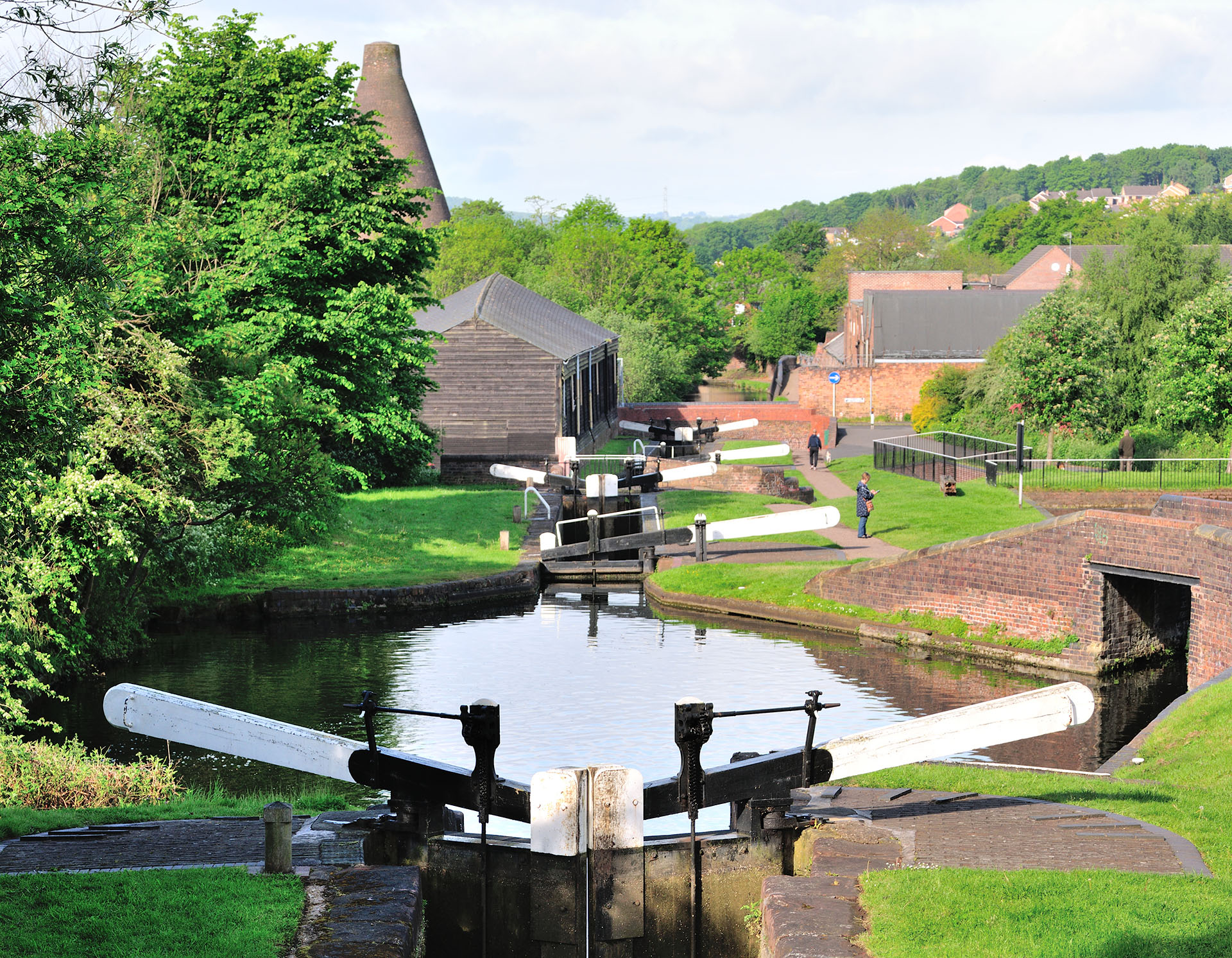 No visit to the West Midlands would be complete without a walk along its historic canals. Once the beating heart of the region’s industrial transportation network, the canals and their towpaths have now largely been repurposed as urban waterways for walkers, joggers and boaters.

This 2.4km canalside walk along the canals of Stourbridge  passes industrial hotpoints once famed for their glass production. So much so that this area was dubbed The Crystal Mile.

Perhaps the West Midlands’ most understated beauty spot, Pendeford Mill Nature Reserve must be seen to be believed. This 59-acre patch of ancient woodland and heathland is home to a 2,000-year-old Yew tree, believed to be one of the oldest of its kind in England.

You’ll also find a tranquil pool with its own island, a short walking trail beside the rich flora and fauna, and the ruins of the 13th century Pendeford Mill. 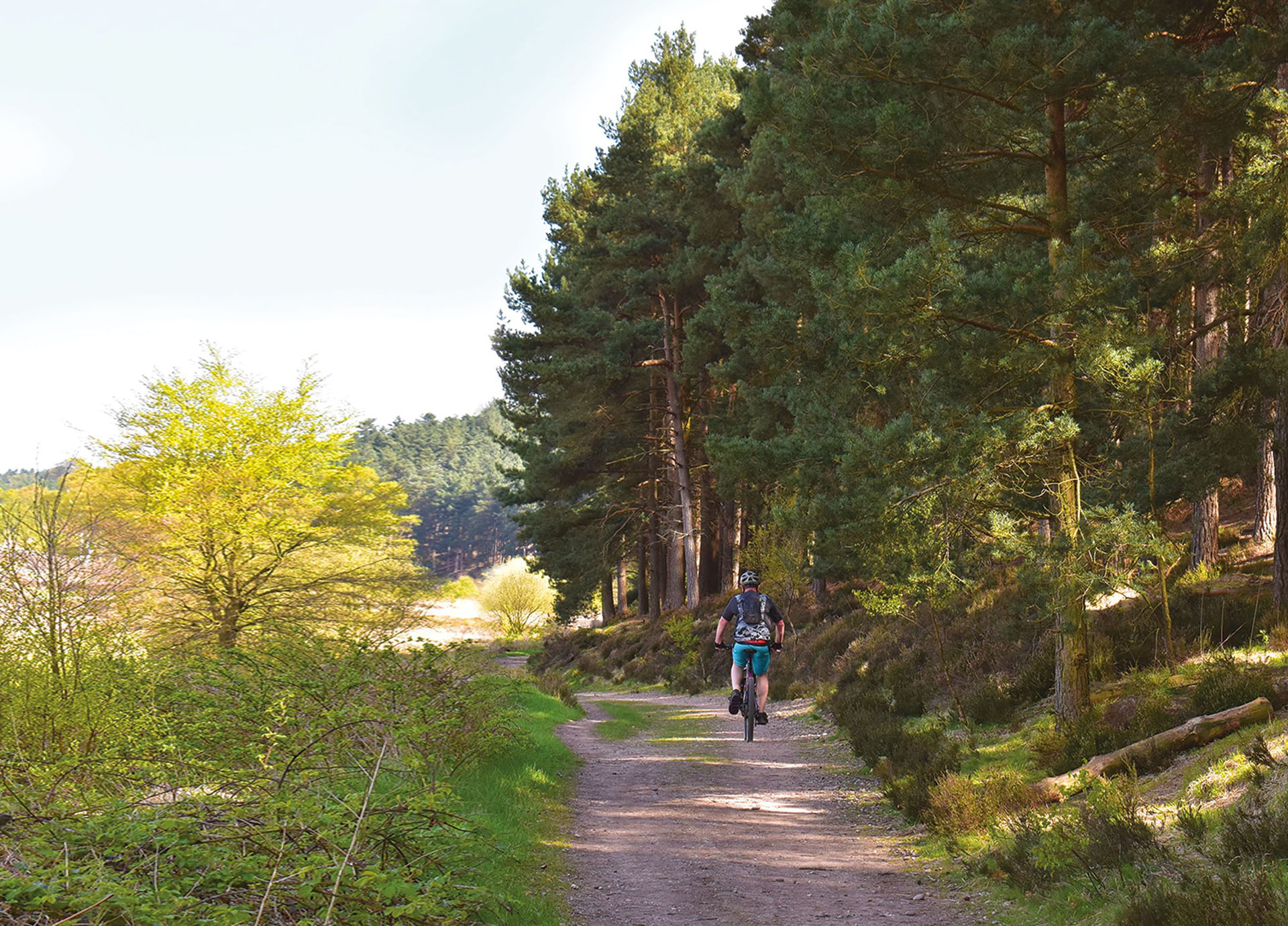 Despite clocking in at a mammoth 16,640 acres, Cannock Chase is England’s smallest Area of Outstanding National Beauty (AONB). It’s an incredibly popular holiday destination in its own right. Its varied landscape offers everything from ancient woodland to open heathland and river valleys.

It’s also an excellent spot for off-road cycling and adventure days out at Go Ape. While swinging from the trees keep a keen eye below for the herd of wild fallow deer. Fancy a walk?

The Fairoak trail offers ample opportunity for spotting birds, bugs and even those deer, and also provides an insight into the area’s historical connection with mining.

In the summer months Forestry England hosts concerts at Cannock Chase, with previous artists including Noel Gallagher’s High Flying Birds and Keane. Like Sutton Park, Cannock Chase was an official B2022 Games venue  and hosted the thrilling  mountain biking contests. 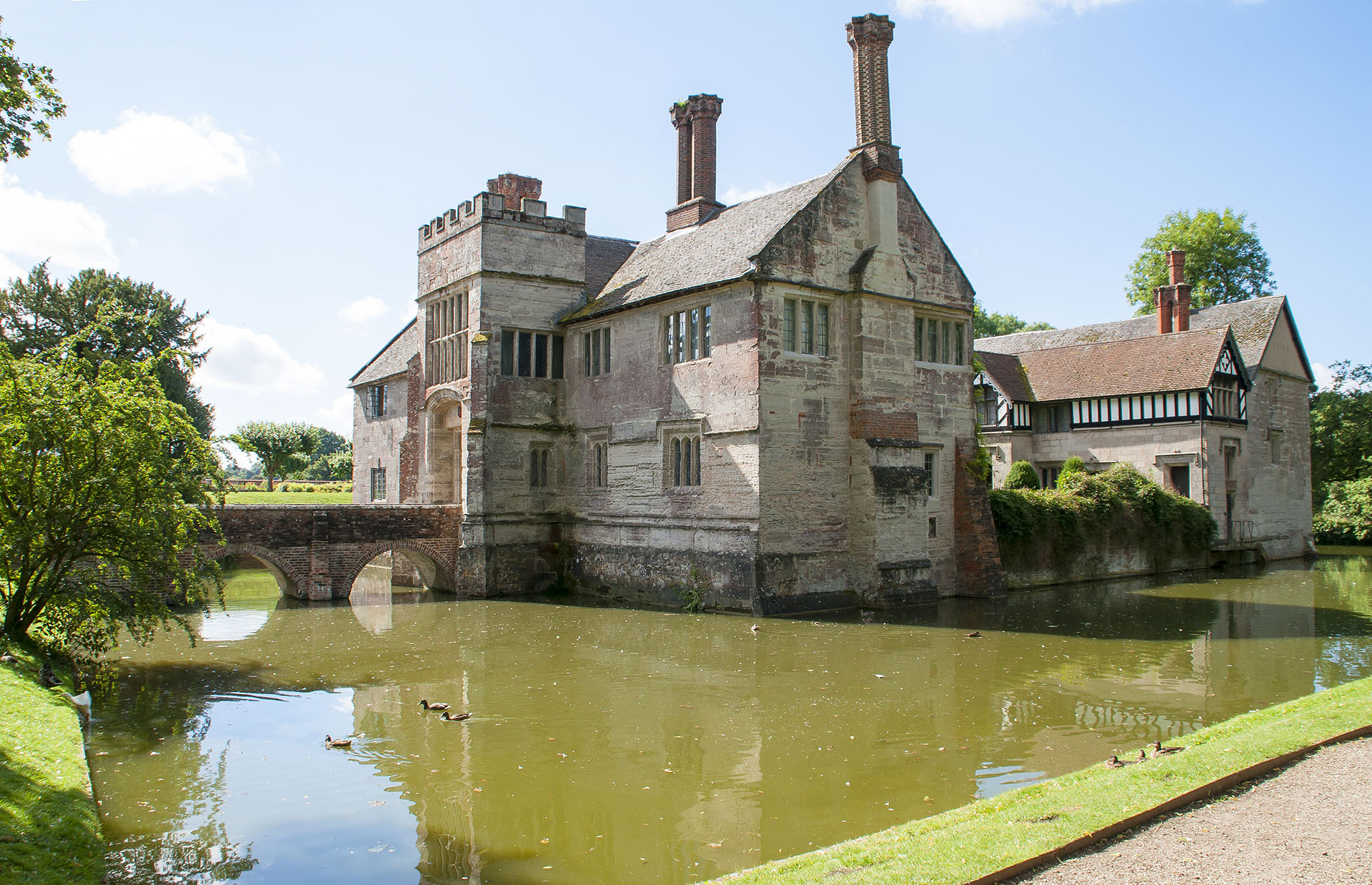 Be sure to make a pitstop at the moated Baddesley Clinton House. The cafe serves hot lunches and teas. This is the Warwickshire countryside at its glowing best. 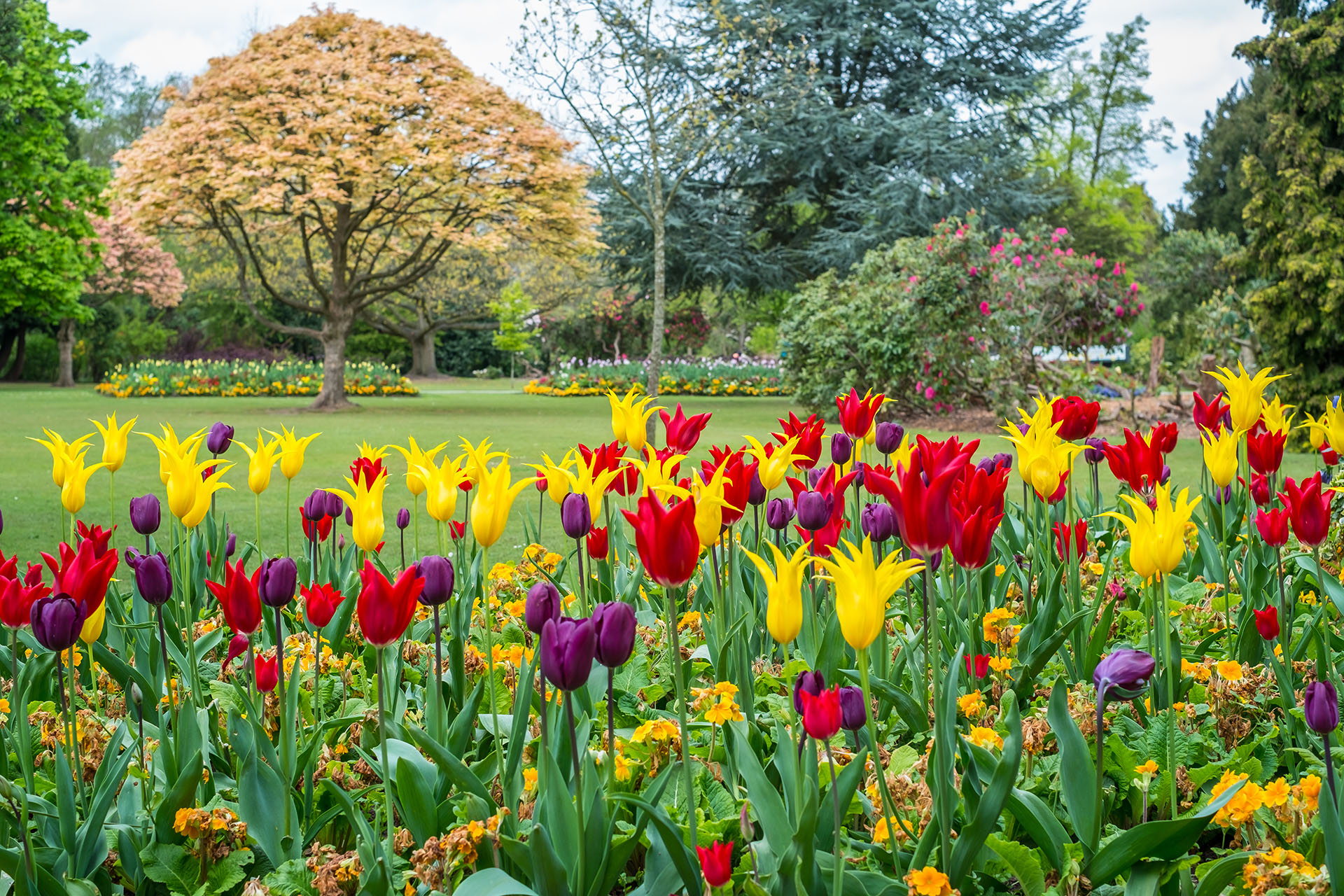 With 250 acres including an arts center, cinema, cafe, boating lake, tennis courts, crazy golf and ornamental gardens, it’s no wonder Cannon Hill Park is Birmingham’s most popular park. It’s located on the edge of Edgbaston, and a stone’s throw from Edgbaston Stadium. This family-friendly urban park makes for an ideal, pocket-friendly day out.

Birmingham’s premier arts hub, the Midlands Arts Center, is on-site with a free-to-enter exhibition. Plus there’s the well-priced aforementioned cinema and cafe. If all of that wasn’t enough, there’s even a land train. 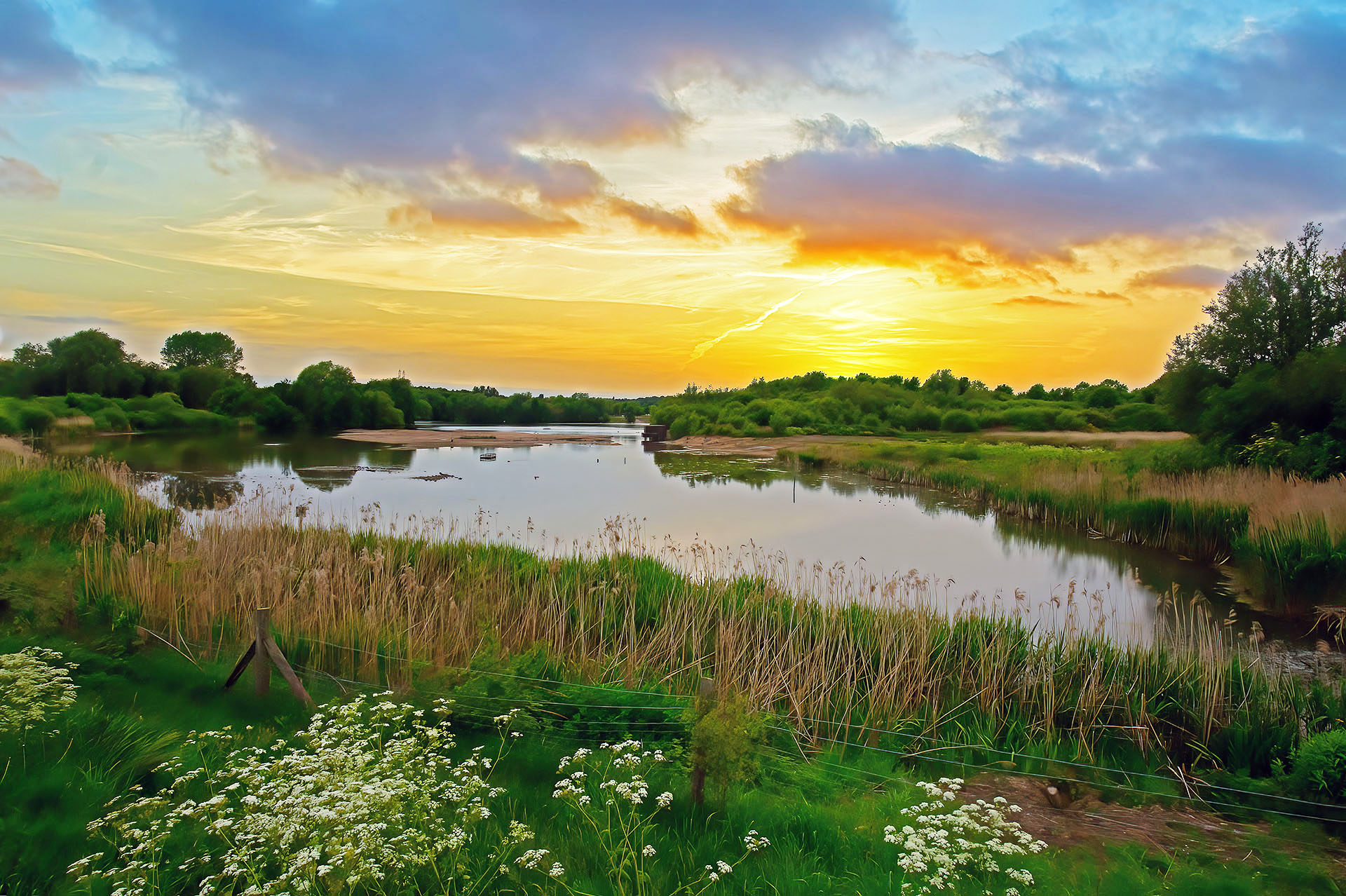 If it’s an adventurous day out in the West Midlands you’re looking for, then Sandwell Valley Country Park should be near the top of your list. There’s a Green Flag award-winning park. Plus, Sandwell Valley offers 1,800 acres of woodland, meadows and farmland. Within this landscape resides a popular network of cycle paths, walking trails and horse bridleways.

You can also try your hand at crazy golf, foot golf and tennis. Younger ones in the family will enjoy the visitor center with its very own farm animals and activities in tow, and the RSPB Nature Center and its bird hide. All of this is just one mile from West Bromwich town center.

2022 is a landmark year for Birmingham, as the city hosts both the Commonwealth Games and the Birmingham 2022 Festival. The latter is a six-month-long celebration of creativity which draws to a close at the end of September. If you’re in town for either (or both!) the Games or the Festival, don’t miss the opportunity to explore some of the West Midlands’ glorious green spaces.

This article is brought to you in partnership with the West Midlands Growth Company.