Thai dance-dramas with their elaborate and colourful costumes, and graceful, enchanting movements, are among the world’s most dazzling and stylistically challenging dance forms. But there’s more to Thai performing arts than traditional dance and drama. Several genres of indigenous music and contemporary theatre, as well as a vibrant independent movie scene, contribute to the cultural landscape. Underpinning all this is a strong body of Thai literature that acts as both a creative source and an inspiration for the performing arts

Traditional theatre is still the most recognised performing-arts genre in Thailand, and comprises six main forms: khon, lakhon, likay, manohra, lakhon lek and nang. Both dance and drama are inextricably linked in traditional Thai theatre. In effect, the actor is a mime, with the storyline and lyrics provided by a singer and chorus to the side of the stage. A traditional phipat orchestra creates not only the atmosphere, but also an emotive force.

The most identifiable form of dance-drama is the khon, traditionally performed by a troupe of male dancers, some of whom wear beautifully crafted masks. Originally staged for the royal court, these days a condensed version of several episodes from the Ramakien – based on the Hindu epic Ramayana – is adapted into a short medley of palatable scenes for tourist dinner shows in Bangkok,Phuket and Chiang Mai. More elaborate khon performances are staged occasionally at Bangkok’s National Theatre and weekly at the Royal Chalermkrung Theatre, but even these are abridged versions as the entire Ramakien would take up to 720 hours to perform.

Four types of characters make up a khon performance: men and women, monkeys and demons. Only the monkeys and demons wear masks during the performance. The expressionless masks force the viewer to focus attention on the dancers’ movements, whether it’s a dismissive flick of the hand, a finger pointed in accusation, or a foot stamped in anger. 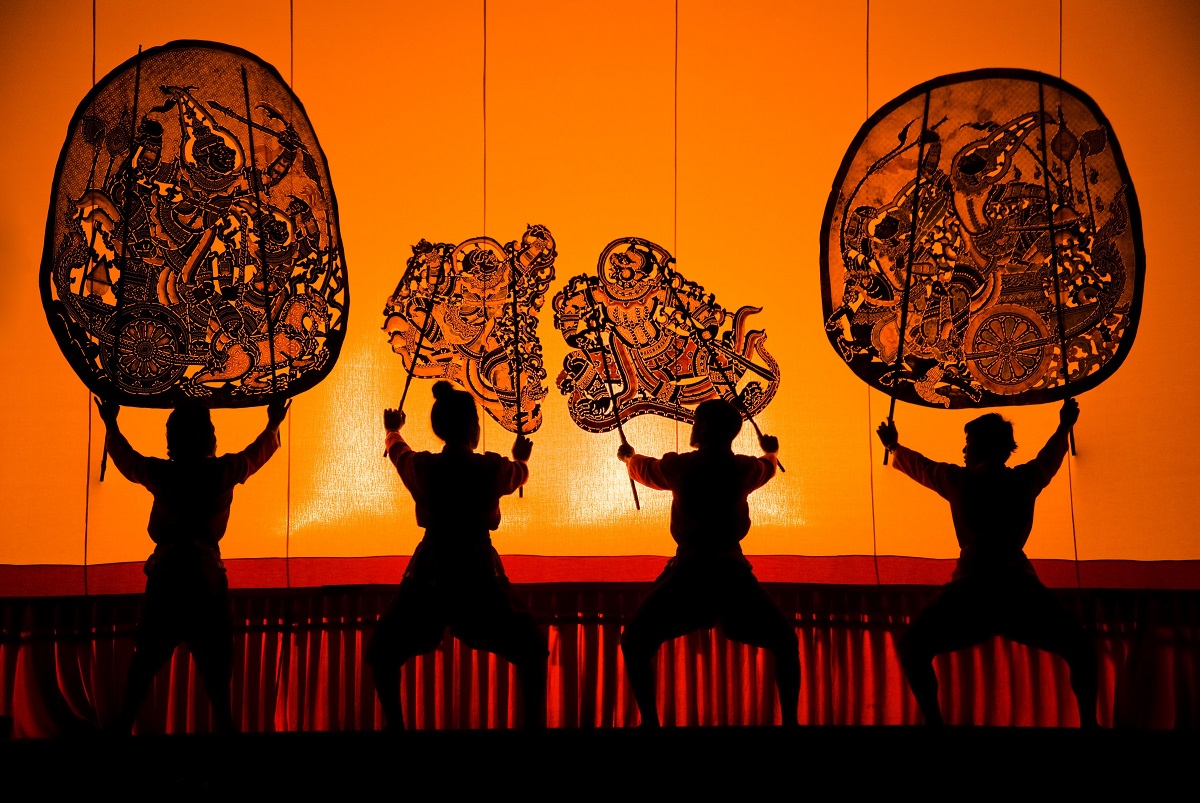 The most graceful Thai dance-drama is the lakhon. There are two main forms: lakhon nai (“inside” lakhon), once performed only within palace walls by women, and lakhon nawk (“outside” lakhon), performed beyond the palace by both sexes. Resplendent in costumes as elaborate as their movements, the performers glide slowly about the stage, their stylised movements conveying the plot. The dance’s rich repertoire includes scenes from the Ramakien, and Thai folk tales, with their romantic storylines. These days, a simpler version called lakhon chatri can be seen at temple festivals and shrines throughout Thailand. A variation of this dance is lakhon kae bon, which consists of a 20-member ensemble of dancers and musicians who perform at shrines as a form of thanksgiving. Performances can be seen at Lak Muang (City Pillar) shrine and the Erawan Shrine.

There have always been two cultures in Thailand: palace and village. The village arts are often parodies of the palace arts, but more burlesque, with pratfalls and bawdy humour. Likay is the village form of lakhon, played out against gaudy backdrops to an audience that walks in and out of the performance at will, eating and talking, regardless of what happens on stage.

Likay has lost some of its audience in recent years, but it still remains a vital art form in some parts of Thailand. It is usually staged by troupes of performers who travel from village to village. The performances could be excerpts from the Ramakien, but they are more likely to be stories incorporating elements of melodrama, slapstick comedy, sexual innuendo and the occasional stab at Thai politics and society. 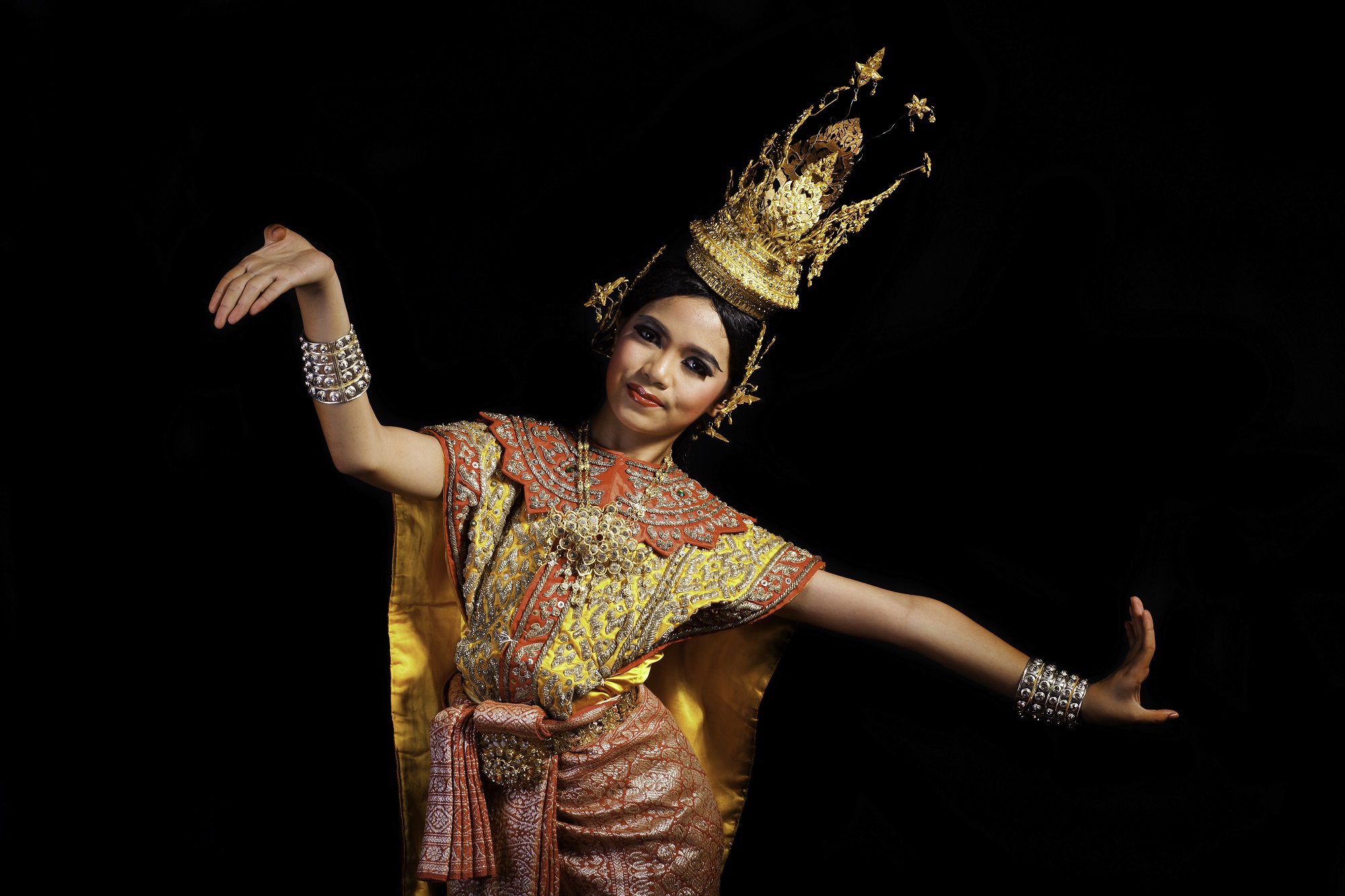 Traditional Thai shadow-puppet theatre is something of a declining art. Two forms still exist, mainly in the south of Thailand. The nang thalung form is what visitors will most likely encounter in places like Nakhon Si Thammarat. Originating from Malaysia and Indonesia, nang thalung recounts excerpts from the Ramakien.

Puppeteers manipulate figures made from nang (dried buffalo hide) against a translucent screen, which is backlit by torches, to relate complex tales of good and evil. A rarer version of shadow-puppet play in south Thailand, known as nang yai, uses life-size puppets but is seldom practised due to the lack of expertise.

Visually mesmerising and based on khon masked dance-drama, the art of hun lakhon lek requires three puppeteers who manipulate sticks attached to the 1-metre (3ft) tall marionettes to bring them to life. Once only performed for royalty, this endangered art was revived by Sakorn Yangkeawsot, who goes by the moniker Joe Louis.

This revival has updated hun lakhon lek by allowing freer movement and more detailed costuming, and also by incorporating contemporary themes and modern speech. You can see these elaborately costumed puppets twist and turn nightly at Bangkok’s riverside Asiatique.

Looking for more trip inspiration? Find our hub of Thailand content online now, featuring best beaches, where to stay, what to do and more 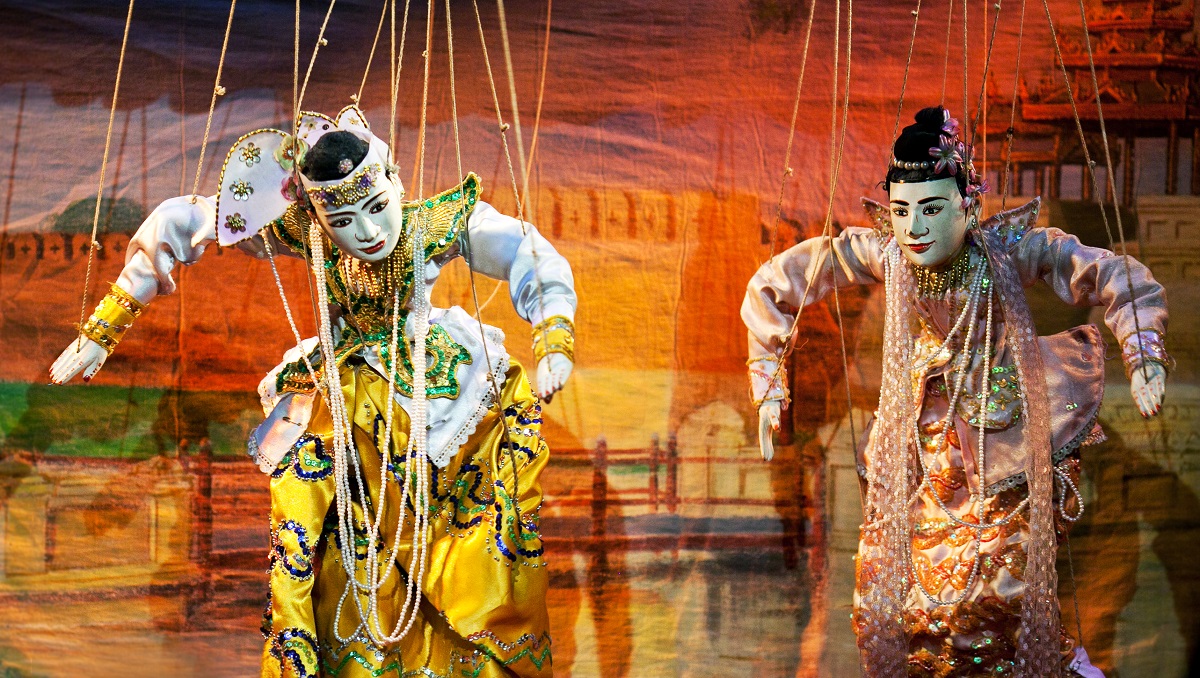 The main venue for quality modern productions is the partly open-air Vic Hua Hin Theatre in Hua Hin, run by Patravadi Mechudhon, whose adaptations of classic Thai tales meld traditional local dance and theatre with modern Western styling. Some of its works fuse elements of diverse Asian dance forms such as the Japanese butoh and Indonesian wayang kulit.

To the uninitiated, classical Thai music sounds like a jarring and ear-piercing mishmash of contrasting tones without any fixed pattern. The key is to listen to it as one might listen to jazz, picking out one instrument and following it, switching to another as the mood moves you. The music is set to a scale of seven full steps, with a lilting and steady rhythm. Each instrument plays the same melody, but in its own way and seemingly without regard to how others are playing it. Seldom does an instrument rise in solo; it is always challenged and cajoled by the other constituent parts of the orchestra.

A classical phipat orchestra is made up of a single reed instrument, the oboe-like phinai, and a variety of percussion instruments. The pitch favours the treble, with the pace set by the ching, a tiny cymbal, aided by the drums beaten with the fingers. The melody is played by two types of ranat ek, a bamboo-bar xylophone, and two sets of khlong wong, which are tuned gongs arranged in a semicircle around the player.

Another type of phipat orchestra employs two violins, the saw-oo and the saw-duang, which usually accompany a Thai dance-drama. A variation of the phiphat orchestra performs at a Thai boxing (muay thai) match to spur the combatants to action.

Take a holiday tailored to your every need. Simply submit a private trip request and we'll do the rest 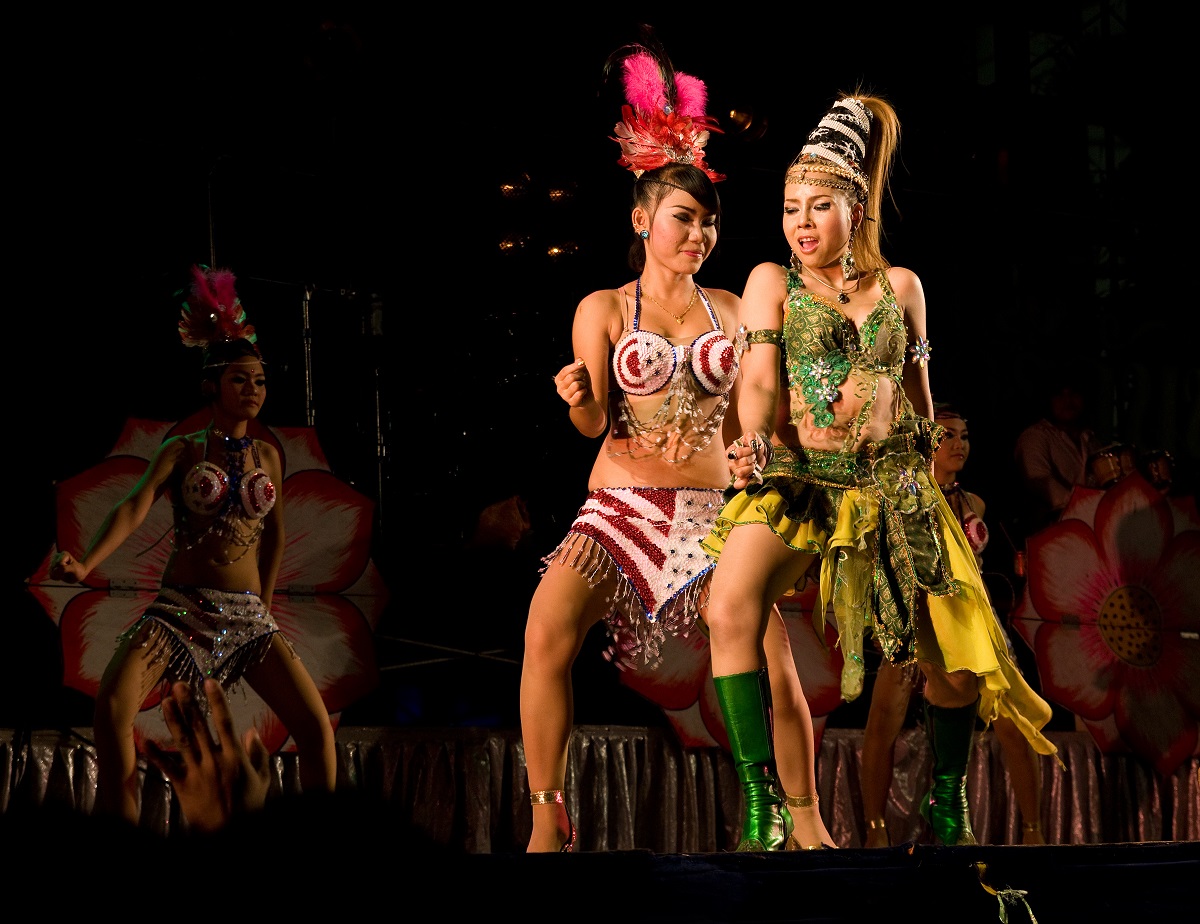 Apart from the vibrant Thai pop scene, full of plastic-looking luk kreung (half-Thai and half-Caucasian) stars singing bubblegum tunes, there are several genres of popular music worth mentioning. Love songs and colloquial storytelling are at the heart of mor lam music, which is played on the khaen instrument, a type of mouth organ. Mor lam music comes from Laos and northeast Thailand and is based on traditional poetry (known as glawn), which emphasises local folklore, struggle and political sentiment. The tempo is rapid and accompanied by staccato vocals. Modern versions of mor lam use electronic instruments and are more structured, often blending with other traditional forms of music. Purists have criticised the shift, but the offshoot has its own devout circle of fans.

Luk thung (literally “child of the fields”) is Thai country music, peppered with tales of hardship, poverty and despair. It is very popular with working-class Thais. Vocals are usually drenched with vibrato and feature slow, steady tempos and the use of electric guitars, keyboards and drums. This genre of music is so in demand it has spawned several magazines and TV programmes, its own dedicated radio station and even a few films.

Plaeng phua chuwit (songs for life) are protest songs that originated in the 1970s and became the voice of student movements rebelling against the brutal military government of the time. The most famous contemporary practitioner is Ad Carabao.

Of the few talented Thai directors receiving acclaim on the international circuit, Apichatpong Weera sethakul leads the way. He followed Cannes Film Festival successes for Blissfully Yours (Prix Un Certain Regard 2002) and Tropical Malady (Jury Prize 2004) with the ultimate Palme d’Or in 2010 for Uncle Boonmee Who Can Recall His Past Lives.

In common with practically everywhere else in the world, though, Hollywood blockbusters dominate cinemas in Thailand and even high-profile works by local filmmakers don’t get the airing they deserve. Many films are featured during film festivals, including the World Film Festival and the EU Film Festival.

A rating system introduced in 2009 has seen a slight relaxing of censorship that has stifled local creativity by banning films dealing with sensitive issues such as charlatan monks and southern unrest or containing political content that “threatens national security”. In 2010 a rating was allowed for Wisit Sasanatieng’s The Red Eagle, which, although politically mild, features a Thai superhero who fights a corrupt prime minister, and was considered at risk of censorship.

Very good company. easy to work with. their Vietnam coordinator was in Vietnam and I was able to chat with her directly with WhatsApp. Hotels and guides they coordinated were top. They also provided local emergency contact numbers in each major location... Read more