In depth: Taste of Vietnam

Despite its many outside influences, Vietnamese cuisine has retained its distinctive character. Here's what to eat in Vietnam, and where those fantastic, fragrant flavours come from 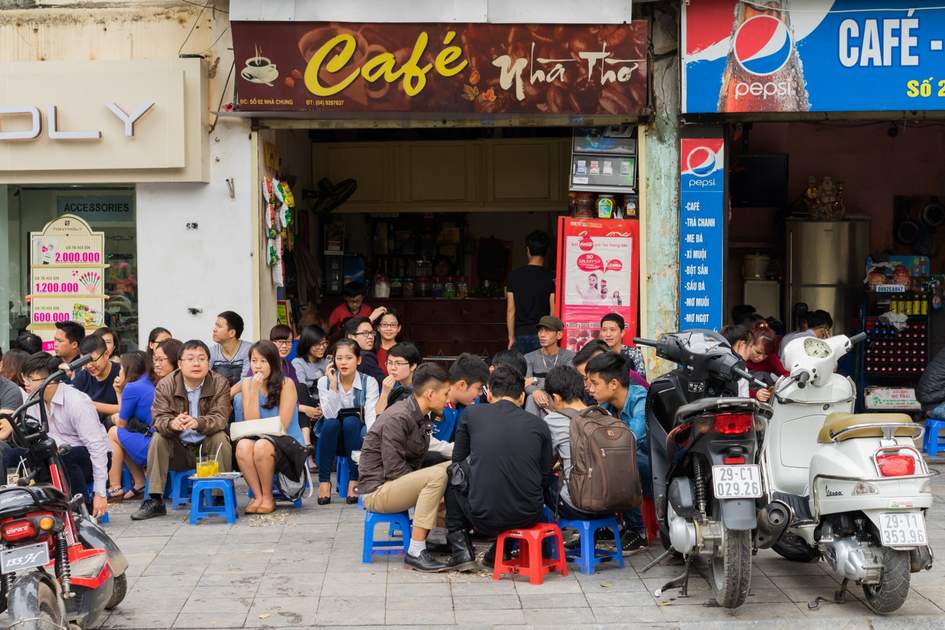 From China in the north came the use of chopsticks, the art of stir-frying in a hot wok and the widespread consumption of noodles. From the streets of Paris came freshly baked baguettes (banh mi) and pâté as well as the art of sautéing and the use of meats such as beef.

Despite these influences, Vietnamese cuisine has retained its distinctive character. Thanks to an abundance of fresh local ingredients, it has formed its own flavours and nuances with wonderfully contrasting textures and colours. The national dish may be pho noodles, but the seafood found along the coastline is just as tempting and the coconut-influenced dishes of the south have a distinctive edge. Travel the length of Vietnam, from Hanoi to Ho Chi Minh City, tasting the local specialties as you go on Insight Guides' Vietnam Culinary Discovery holiday.

To add flavour to the abundance of fresh food available, Vietnamese cooks use a riot of fresh herbs such as lemongrass, basil, coriander, mint and parsley – as well as garlic, lime, star anise and ginger. In general, as Vietnamese chefs use spices sparingly, its food is milder than that of Thailand and Cambodia.

Vietnamese cuisine varies greatly from one region to the other. Northern food tends to be blander, and uses fewer spices and herbs. In central Vietnam, the food can be a bit spicier. Southern cooking, familiar to Westerners who have eaten in Vietnamese restaurants overseas, tends to be more flavourful and robust. Many northerners complain they cannot eat southern food, claiming that southern cooks dump sugar into everything. This is not entirely true: sugar is used in southern cooking, in dishes such as pho (see below), but not in great amounts, and coconut milk is often used to round out the flavours. Equally, southerners will moan about northern food. The south has one essential advantage: better access to fresh fruit and vegetables. There is a wider variety of food grown in the south and the growing seasons are longer. 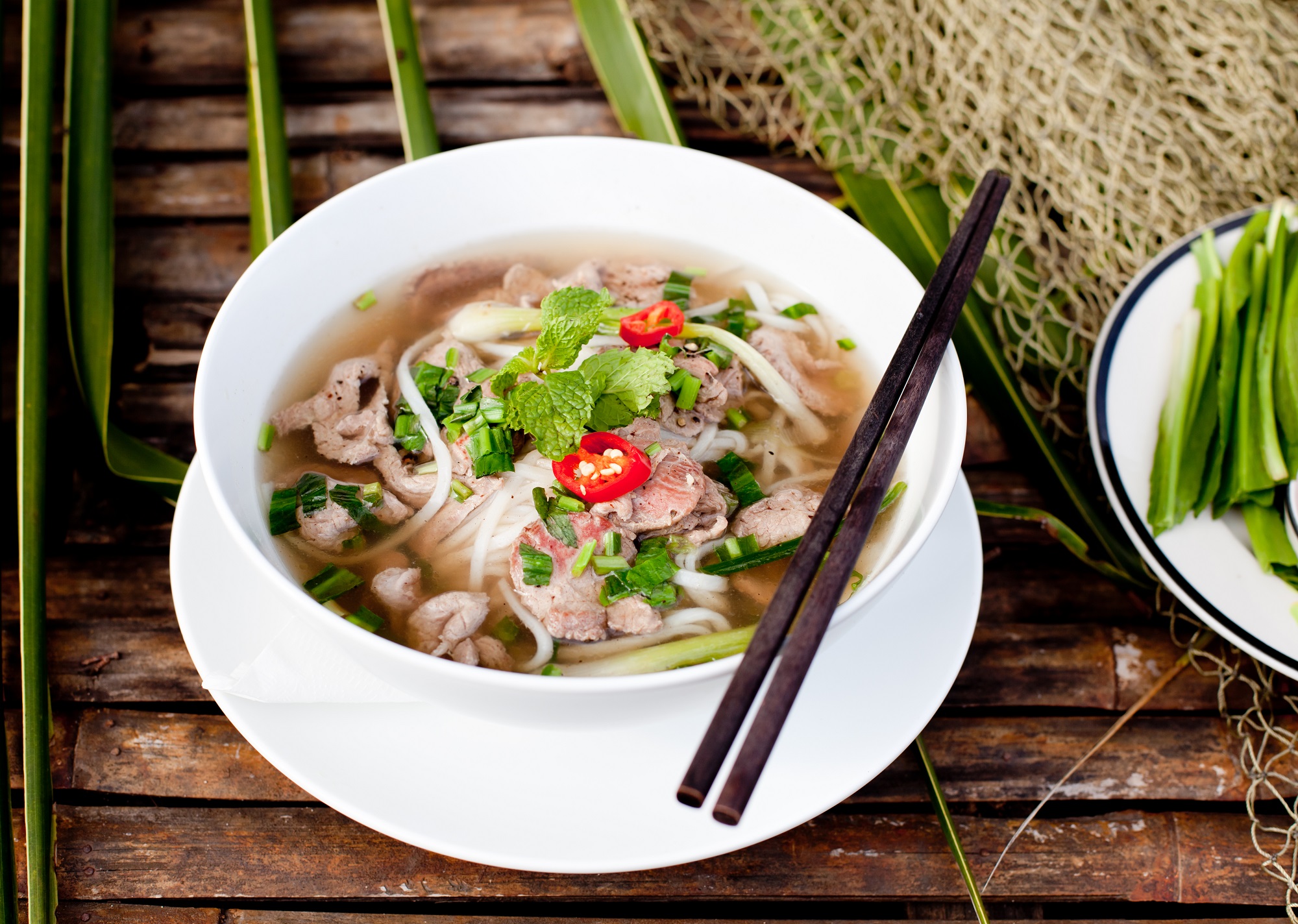 Northerners and southerners can also argue endlessly over who has the best pho, Vietnam’s signature noodle dish. A Hanoian will complain that the pho of Ho Chi Minh City is too sweet, while someone from Saigon will complain that Hanoi’s broth is too bland. Nonetheless, with a large Vietnamese diaspora scattered throughout Asia, Europe, Australia and the USA, the clear but subtle flavours of this simple and intoxicatingly delicious dish are known throughout the world.

Pronounced fuh, this noodle soup can be eaten for breakfast or as a late-night snack. Steaming hot broth is poured over a bowl of rice noodles topped with chicken or beef, fresh herbs and onion. Sometimes, a raw egg yolk is added, and Vietnamese might also add lime juice, hot peppers, chilli sauce or vinegar to liven up the dish. It is usually served with quay – a deep-fried piece of flour dough and a side dish of rau thom.

Based on literary accounts, pho surfaced sometime after the French occupation of Hanoi in the mid-1880s. While its roots remain the subject of debate, there is compelling evidence that it sprang from an unlikely marriage of Chinese and French culinary influences. It is said the French popularised the use of bones and lesser cuts of beef to make the broth, which forms the base of the soup. Some say that pho was devised by Vietnamese who learned to make pot-au-feu for their French employers. The theory goes that the name actually comes from the French feu.

The other great Vietnamese staple is nuoc mam (fish sauce), which is used as an ingredient as well as a dipping sauce for dishes such as spring rolls or banh xeo pancakes. Nuoc mam has a pungent aroma and biting saltiness that is an acquired taste, but it’s the perfect complement to the subtle flavours of the food. Produced in coastal cities such as Phan Thiet and Phu Quoc, fish sauce is made by fermenting anchovies and salt in large wooden barrels for about six months. 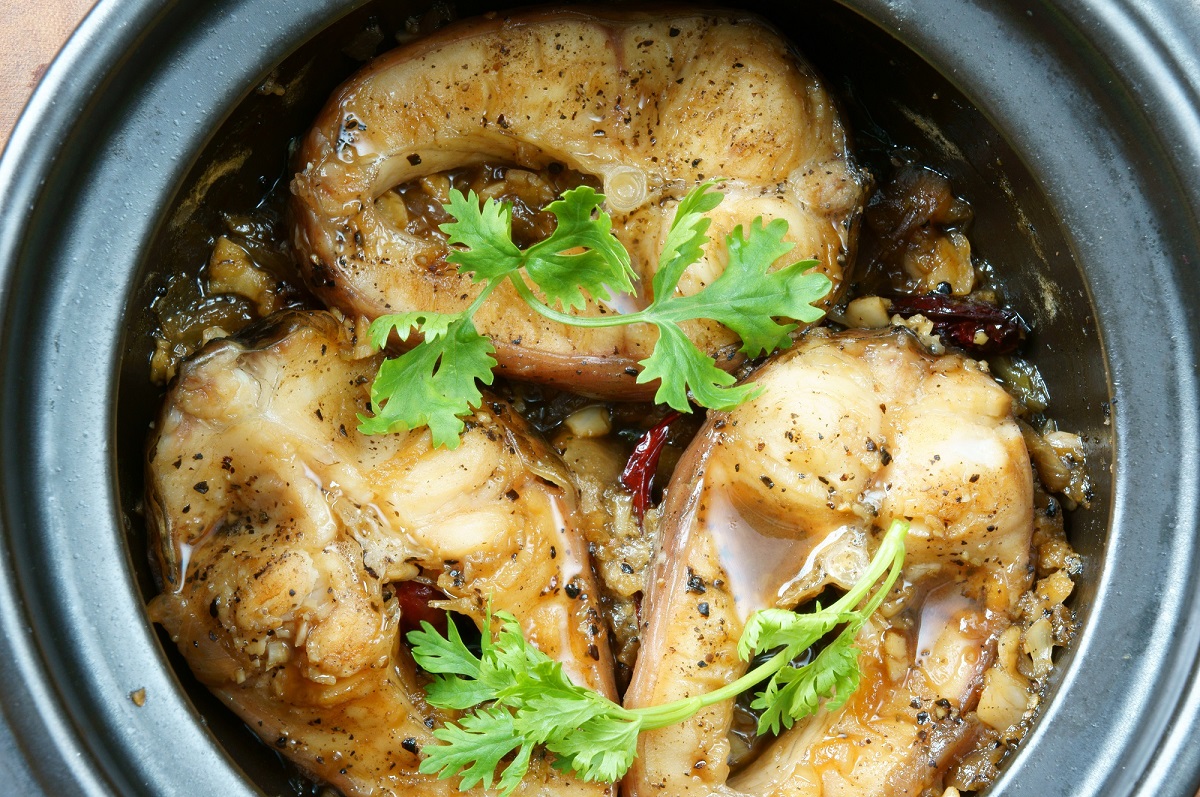 Vietnam’s 3,000km (1,800-mile) coastline and numerous rivers and waterways provide an ample supply of fresh fish and seafood all year round. Crabs, prawns, lobsters and squid are often simply boiled or steamed and served with a dip of salt, lemon and chilli. Fresh- and saltwater fish are usually steamed in a hotpot or boiled in a broth in which the flavours mingle with the vegetables and herbs. One of the most popular dishes is ca kho to – catfish fillet with slices of coconut served in a clay pot and glazed with a rich, caramelised sauce.

Restaurant menus tend to be dominated by meat, fish and seafood. However, there are plenty of delicious options for vegetarians, too, such as stir-fried spinach with garlic, crunchy green (unripe) papaya salad, or tofu served in a variety of styles. Fried rice may be cooked with pork or squid, so it’s best for non-meat-eaters to declare “toi an chay” (I’m a vegetarian) when ordering.

Cruise Vietnam's coastal cities, while sampling fresh seafood along the way, on Insight Guides' Vietnam and Cambodia by rail holiday.

Rice, or com, is the mainstay of a Vietnamese meal. A typical lunch or dinner for a Vietnamese family will almost always feature steaming bowls of rice accompanied by a few side dishes. It is so much part of the cuisine that people refer to both lunch and dinner simply as com.

Wherever you are in Vietnam, a standard meal will consist of rice plus a meat or fish dish, stir-fried vegetables and a bowl of soup (canh). The soup, usually a light, sour broth with vegetables and sometimes seafood, is used to wash down the rice. Also on the table will be various dipping sauces, including soy sauce, salt moistened with lime juice and the ubiquitous fish sauce. Each dish will have its own particular dipping sauce. For example, duck will be dipped in soy sauce, chicken in salt with lime, and pork in fish sauce.

While you can find Vietnamese desserts such as che, a sweet bean dessert served in cafés and restaurants, there is no real post-dinner dessert culture in Vietnam. It is most likely your meal will finish off with a platter of fresh fruit, such as watermelon or dragon fruit.

A great way to enjoy a shared dining experience is a hotpot (lau) or steamboat meal. This DIY feast includes plates of assorted meats or seafood, and fresh vegetables and noodles, which are added to a communal pot of boiling broth at the diner’s discretion. Vietnamese can sit over a hotpot for hours, adding more stock and ingredients, while chatting and clinking glasses throughout the evening. 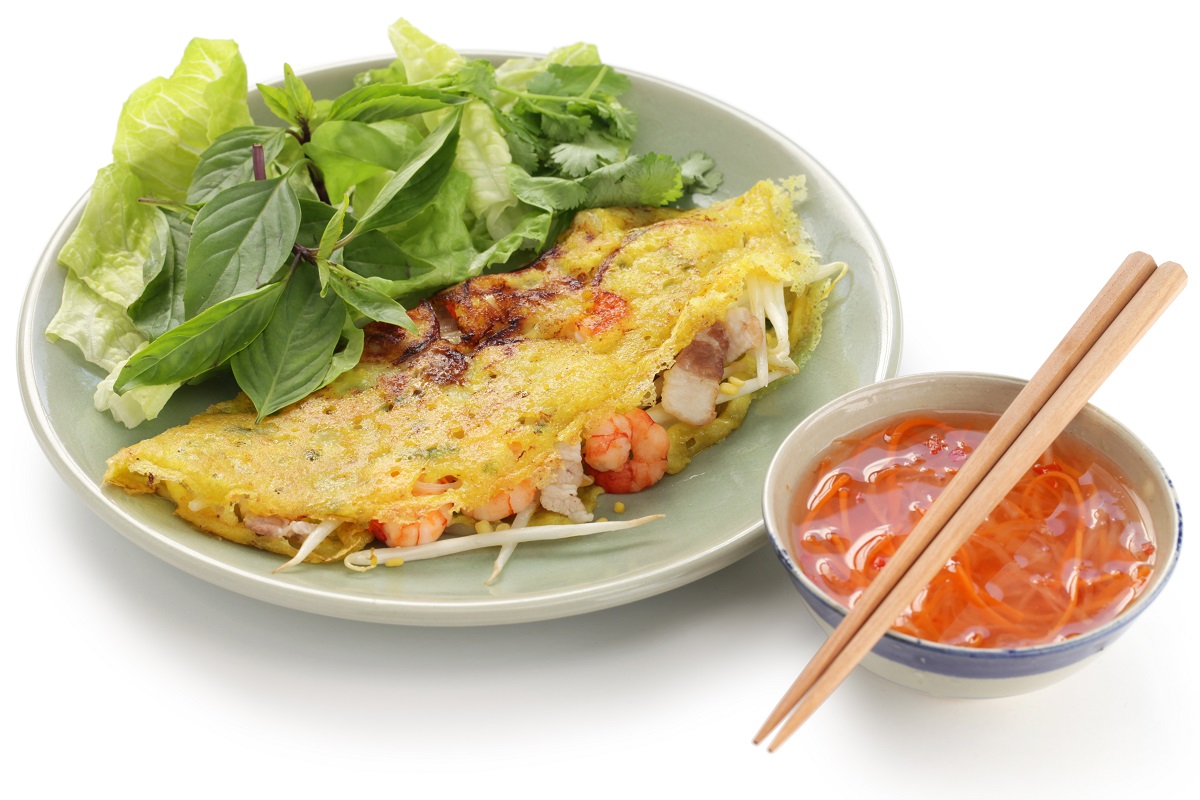 Apart from pho and other staples mentioned earlier in the chapter, here are some Vietnamese specialities visitors are likely to encounter.

Banh flan: A delicious dessert with a strong French influence, it is sometimes known as banh caramel. It strongly resembles crème caramel, though the Vietnamese version occasionally substitutes the caramel with black coffee.

Banh khoai: a rice- and corn-flour and egg pancake filled with pork or shrimp, onions, bean sprouts and mushrooms. A Hue speciality.

Banh mi thit/pate/trung: baguette served with either thit (meat), pâté or eggs, along with sliced carrots, coriander and other fresh herbs.

Bun cha: charcoal-grilled minced pork patties or strips of lean pork, served in a bowl of nuoc cham with cold rice noodles. While ubiquitous in the north, bun cha is rarely found in the south.

Che: A popular dessert, made with sticky rice and beans. Often sold in plastic containers, it comes in several varieties, depending on the type of bean that is used.

Ready to take a culinary adventure in Vietnam?

Top 10 things to do in Vietnam

We had a terrific time in Vietnam thanks to our guide, Sunny. He had everything taken care of, had wonderful surprises planned, and kept us entertained. He was very accommodating. Our group felt well informed. We appreciated the history he shared and recommendations for interesting places to explore. I highly recommend Sunny and all of the staff behind the scenes that helped us enjoy ourselves here. Thank you, great job!