Posted on 15 Jul 2017
A Chinese opera actress painting mask on her face before the performance at backstage at major shrine in Bangkok's chinatown on October 16, 2015 in Bangkok,Thailand 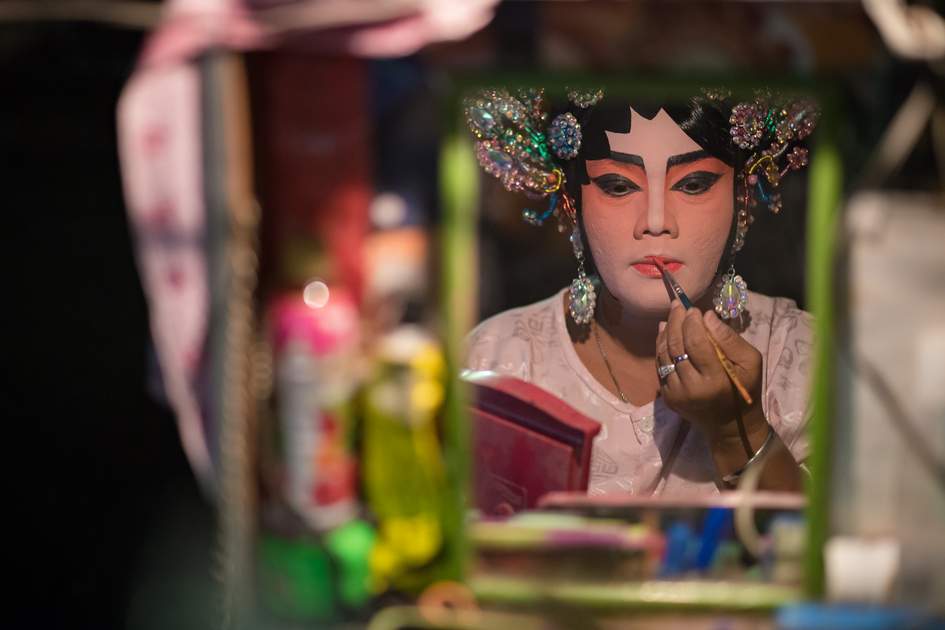 A Chinese opera actress painting mask on her face before the performance at backstage at major shrine in Bangkok's chinatown on October 16, 2015 in Bangkok,Thailand
PrevNext

A Chinese opera actress sits backstage at a major Bangkok Chinatown shrine, painting a traditional mask on her face and preparing before her performance.

Chinese Opera has been popular in Thailand for the past few centuries since it was introduced by the Teochew Chinese immigrants when they came to Thailand in the 19th century. The art is one of the oldest in the world and combines literature with musical performance. However, it now struggles to compete with more modern and lucrative forms of entertainment. Take an evening on Insight Guides' The Best of Thailand trip to indulge in China's ancient art.

This article was originally published on 10 November, 2015