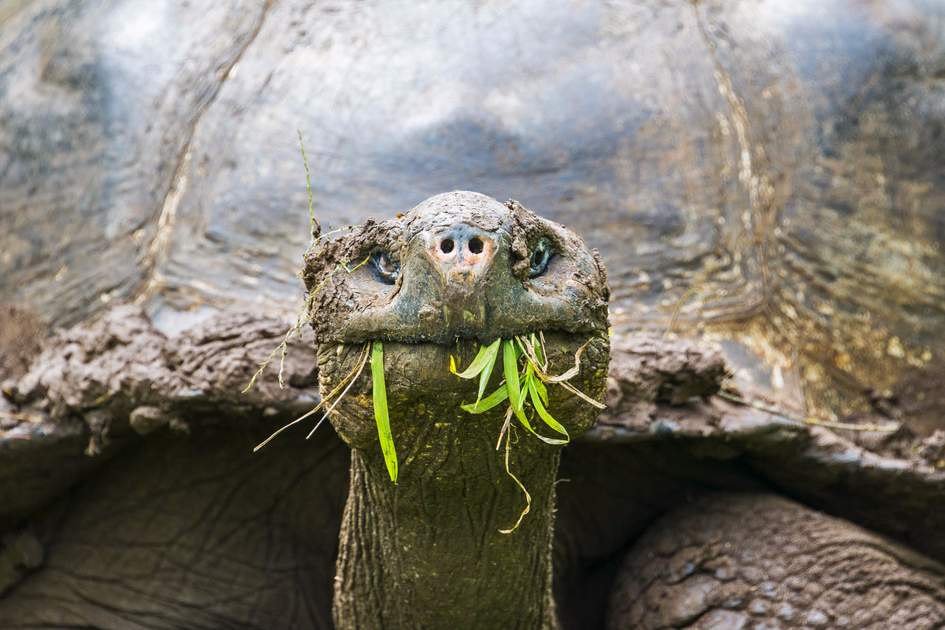 The most famous of the Galápagos reptiles is the giant tortoise, which can weigh up to 250kg (550lb). Thousands were killed for their flesh by whalers during the 18th and 19th centuries, and now only an estimated 20,000 remain. There were 14 subspecies of giant tortoise here – distinguished most easily by the different shell shapes – but three are now extinct.

The giant tortoise is one of the most ancient of reptiles, but also among the rarest – it exists only here and on the island of Aldabra in the Indian Ocean. Legend has it that these tortoises can live for centuries. One, given to the Queen of Tonga by Captain Cook in the 1770s, is said to have survived until 1966, but there is no certain evidence for them living for more than 100 years.

Saving these magnificent creatures has been a major task of the Charles Darwin Research Station: a programme of breeding seems to be successful. On the island of Española, only 10 males and two females of a subspecies were still alive until, after years of breeding in captivity, some 100 healthy specimens were returned to the island. But the tortoise population is still at risk: on Santa Cruz a mysterious disease killed several of them in 1996 and for a while visitors were banned.