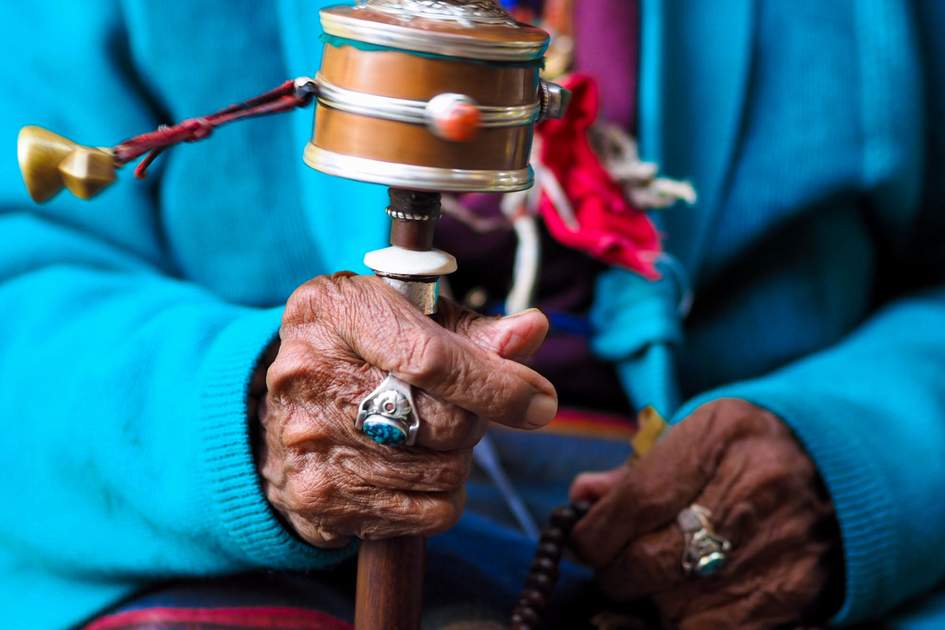 In the mountainous highlands of Nepal, an elderly Buddhist woman rotates her prayer wheel, a hollow cylinder containing a tightly wound scroll and printed with a mantra. Nepal is dominated by the two major indigenous religions of the Indian subcontinent: Hinduism and Buddhism. While the former is more widely practised, Buddhist tradition has been absorbed by many people, especially in the convoluted ranges of the Middle Hills, where the threads of faith form an almighty knot of practice and belief, while in the high mountains, Tibetan Buddhism has absorbed, but not always completely consumed, the older Bön faith.

Our experience was special thanks to you and our driver / guide..