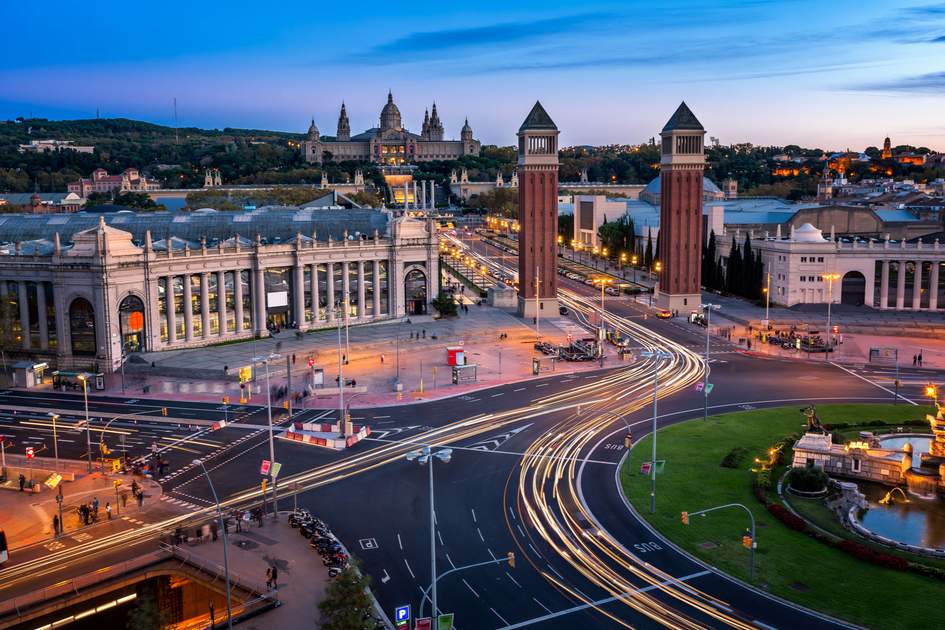 The rocky promontory of Montjuïc has also featured in some of the key events in Barcelona’s history.

A pre-Roman civilisation made a settlement here, preferring its rough heights to the humid plain that the Romans later opted for. The Romans did, however, build a temple to Jupiter here, which is thought to explain the origin of the name: Mons Iovis eventually evolved into Montjuïc.

In 1929 the hill was landscaped and used as the grounds of the Universal Exposition. More recently, it was seen by millions of people worldwide as it hosted the opening and closing ceremonies and core events of the 1992 Olympic Games. It was regarded as the ‘nerve centre’ of the Games.

Today it is a large city park offering a wide range of cultural, leisure and sporting activities – a playground used by both residents and tourists. It is a wonderful space for walking dogs and allowing children to run wild, or just for clearing the head and getting a bird’s-eye view of Barcelona, especially its maritime area. Apart from the cable car that crosses the harbour, this is the only place where you can piece together the waterfront at a glance, and watch the comings and goings of the busy industrial port.