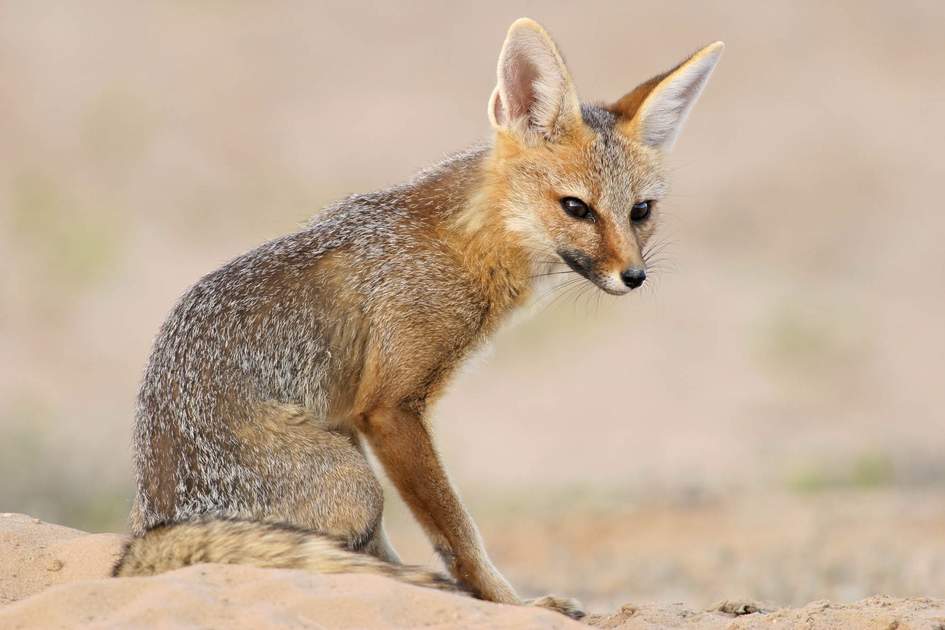 From the small Cape fox to the mighty African elephant, wildlife on the southern tip of the continent is simply spectacular, with endemic species found nowhere else. The sandy Kalahari Desert, dotted with low shrubs and bigger acacia bushes and trees, has an abundant supply of small and large mammals, not least the Cape fox.

South Africa's only try fox is a regional endemic restricted to arid and semi-arid habitat from the Western Cape to southern Angola. The smallest of South Africa's canids, the Cape fox can be distinguished from all jackals by its grizzled grey back, russet underparts and very bushy tail, and from the bat-eared fox by its smaller ears and lack of a black mask. Its main food is invertebrates and small rodents, which it hunts by night. Although widespread in South Africa, it is often seldom observed.

Experience the greatest wildlife watching experiences in South Africa for yourself on a trip with Insight Guides. Alternatively, request a trip and we'll take you to the Kalahari Desert on a tailormade tour.