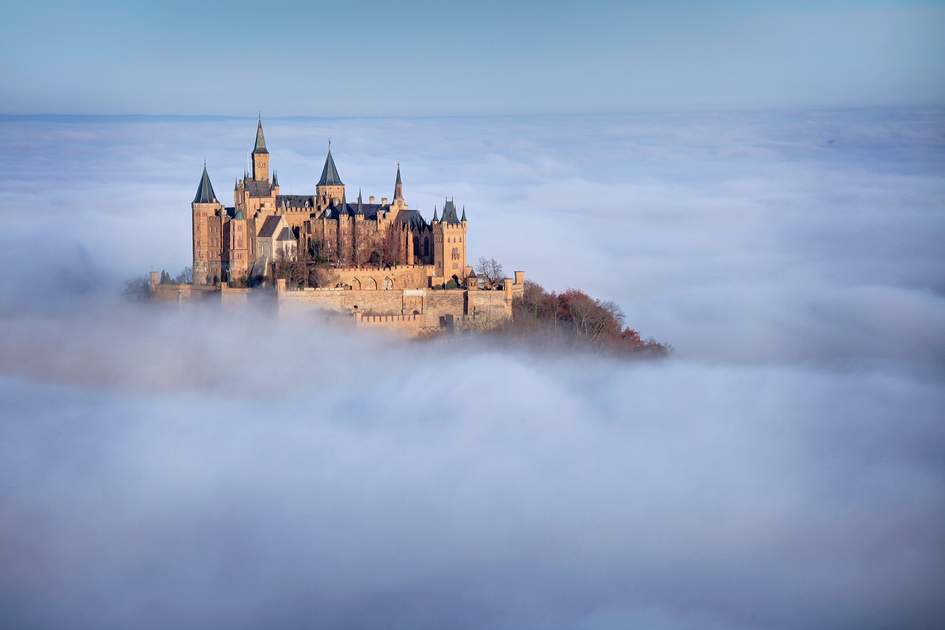 Picturesque Hohenzollern Castle is one of the most visited castles in Germany. It lies 50 km (31 miles) south of Stuttgart and was the ancestral home of Crown Prince Frederick William of Prussia. The castle that now stands here is the third on the site. The first, built in the 11th century, was built and used for its vantage point. Destroyed by a siege in 1423, it was rebuilt in 1454–61 as a refuge for the family during the Thirty Years' War. After falling into disrepair the castle was rebuilt again in 1846 as a memorial to the Hohenzollern family, in English Gothic Revival style architecture.

This article was originally published on 10th December, 2015