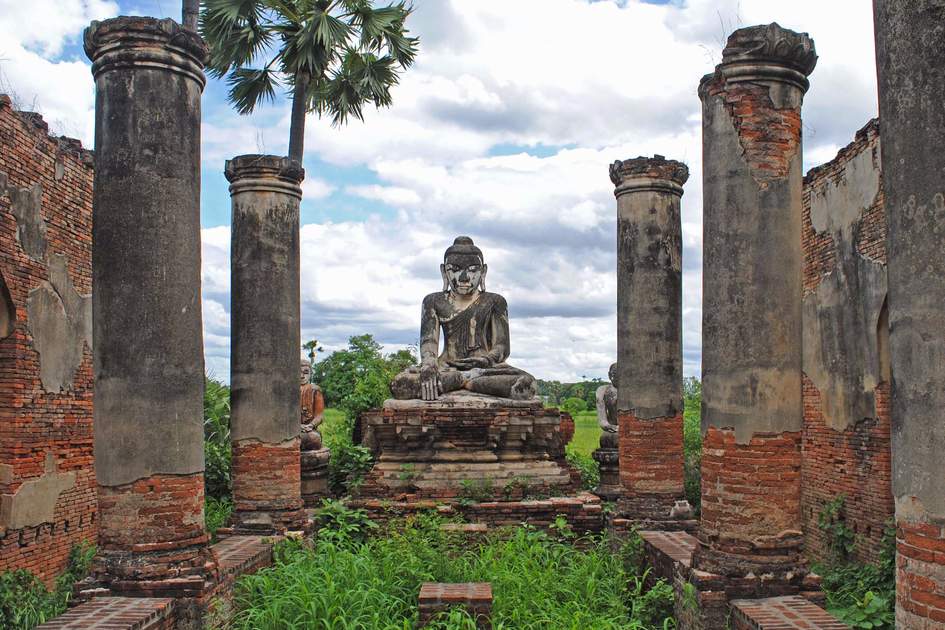 The city of Inwa, known in British times as "Ava" but by its former inhabitants as "Ratnapura" ("City of Gems"), was founded in 1364 by King Thadominbya, and later served as a capital of the Konbaung dynasty.

Numerous vestiges of its former prominence survive, including a magnificent teak monastery, marooned amid empty fields and grassy expanses on the banks of the Ayeyarwady. You can drive there overland, but most visitors, including nearly all tour groups, opt to arrive by boat via a short crossing of the Myitnge River bounding the east of the site, where you transfer to a horse-cart for a leisurely tour of the ruins. It's a great way to see the monuments, and makes a relaxing change after the frenzy of central Mandalay.

This photo was taken by Insight Guides' traveller Anne Watson, who visited Myanmar on a tailor-made holiday earlier this summer. Her trip itinerary toured Mandalay and Bagan, including visits to surrounding sites like Inwa, Mingun and Mt Popa.

Ready to take a tailor-made trip to Myanmar? Browse suggested itineraries online now or talk to a local expert today.

Anne Watson travelled on one of Insight Guides' tailor-made holidays to Myanmar, taking in Mandalay and Bagan earlier this summer.