Posted on 07 Oct 2016
People give food offerings to Buddhist monks in Vientiane, Laos. 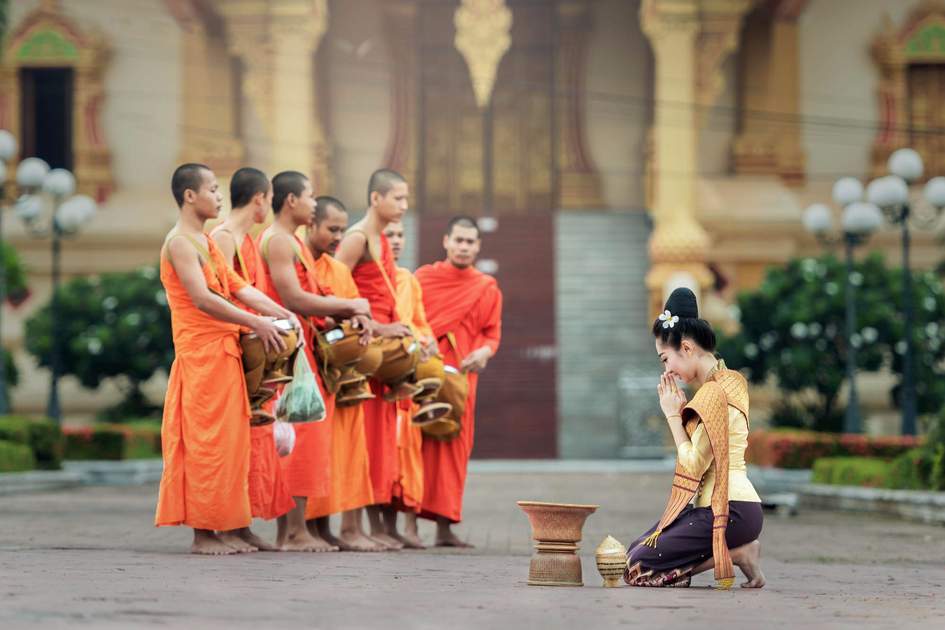 Offering food is one of the most basic and ancient rituals of Buddhism. Traditionally, monks had only two possessions, their robes and their begging bowl. This simple lifestyle created a dependency on almsgiving that was supposed to encourage monks to think about what was truly necessary for living a wholesome existence. Laypeople offer food to the monks, often kneeling before them and placing offerings into their bowls. The monks remain silent and give no thanks – these contributions are not charity. Instead, they create an important connection between the monasteries and the communities that they serve. In exchange for spiritual support, the public are expected to help feed and clothe the monks.

Buddhism is Laos’ dominant religion, and Vientiane is home to a variety of splendid temples. Wat Sisaket is the oldest temple of the bunch, built in 1818, with a diverse variety of frescoes and images. Visit this engaging capital and take in its cultural sites on Insight Guides’ Historical Laos tour.

Your local travel organizer for Laos