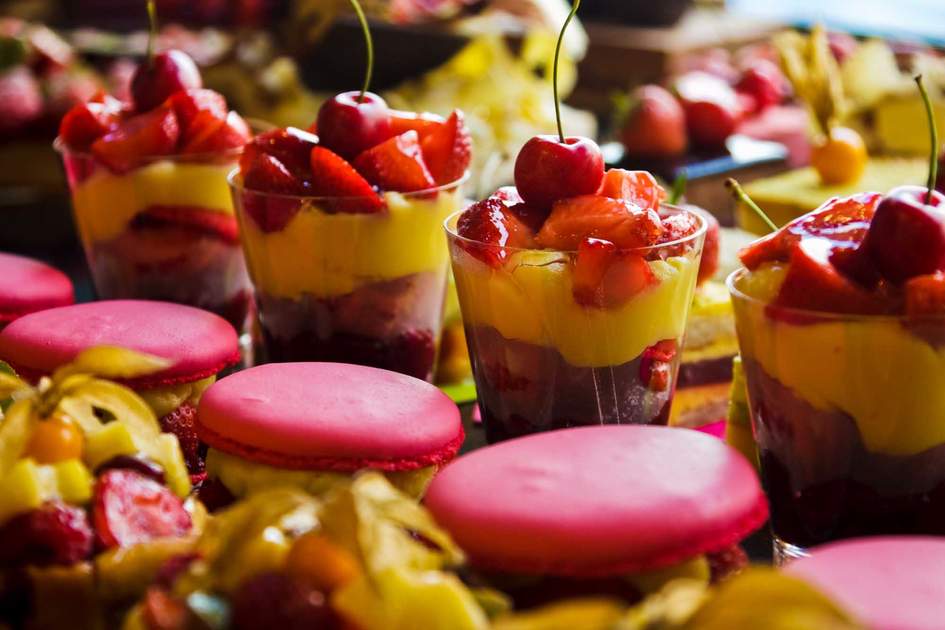 Walk along the cobbled streets of Paris to find displays of pastries and desserts in café and boulangerie windows. Displays include stacks of croissants stuffed with almonds, raisins and chocolate, macarons, tarte tatin, opera cakes, eclairs and palmiers, to name a few. Pastries most associated with France are croissants and macarons, neither of which originated in France but were adapted in the country to create the pastries we know and love today.

Macarons (pictured) are almond meringue cookies, originally introduced from Italy. It is said that a pastry chef at the infamous Ladurée put two macarons together, glueing them with buttercream, jam or ganache. The new style cookie became known as the French macaron in the 1830s. Flavours of all kinds are now produced from the classic vanilla and chocolate to tomato ketchup.

Croissants were developed from the Austrian kipferl which became famous in France in 1839 when an Austrian artillery officer happened across a Viennese bakery in Paris, quickly promoting the yeast rolls. The French bakers soon adapted the recipe, creating the French croissant.

Sample the best pastries and desserts France has to offer, and even learn to make them yourself, on Insight Guides’ Luxury Paris trip.