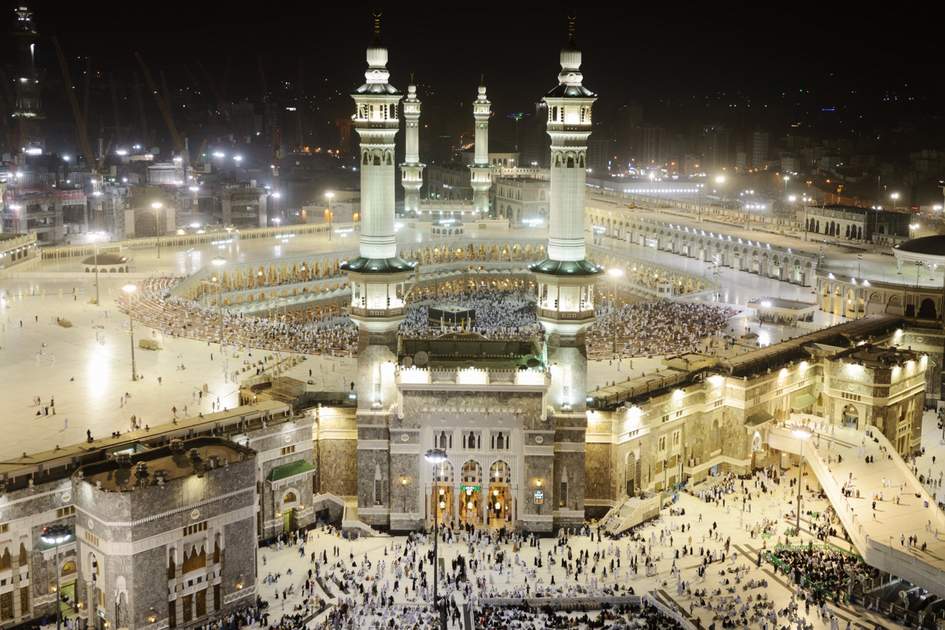 One of the Five Pillars of Islam requires every Muslim who is able to do so to perform the hajj pilgrimage at least once in their lifetime. Multiple parts of the hajj require pilgrims to make tawaf, the circumambulation seven times around the Kaaba (the holiest building in the centre of the mosque which is considered to be the 'House of God') in a counter-clockwise direction. During hajj it is an amazing spectacle to see millions of pilgrims gather to circle the building on the same day.