Kangaroos hanging about Down Under 20 Oct 2017 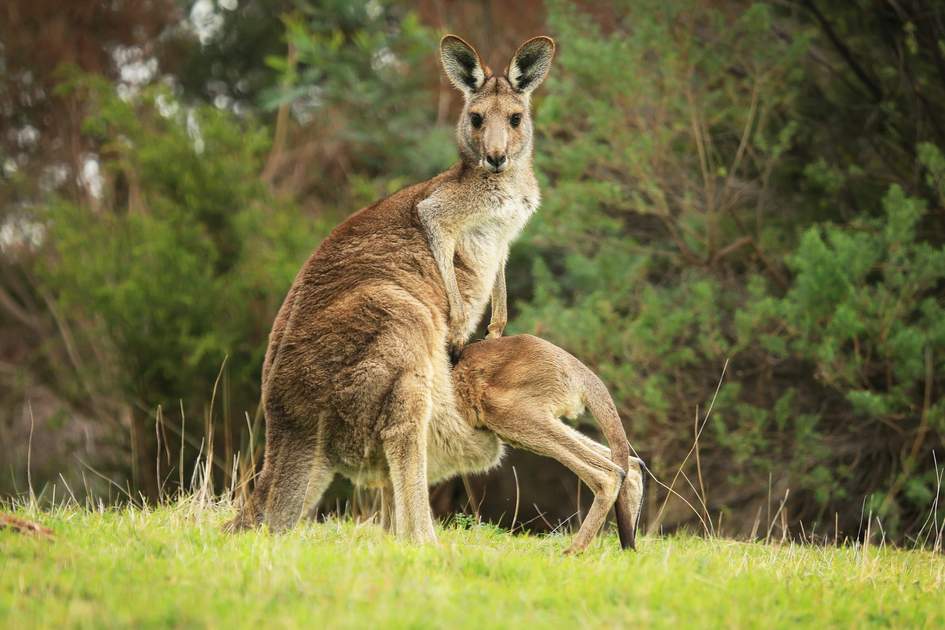 Australia is a continent known for its unusual species, with the most famous being the kangaroo. Here, an Australian female Eastern Grey Kangaroo (Macropus giganteus) spends time with a joey, who eagerly climbs into her pouch.

Eastern Grey Kangaroos are the second-largest land mammal native to Australia following the Red Kangaroo. Males can weigh up to 66kg and females up to 40kg. The Eastern Grey is found along the east coast of Australia in areas of open grassland, forests, beaches and scrub. They survive on grazing various grass species.

This article was originally published on 26th February, 2016