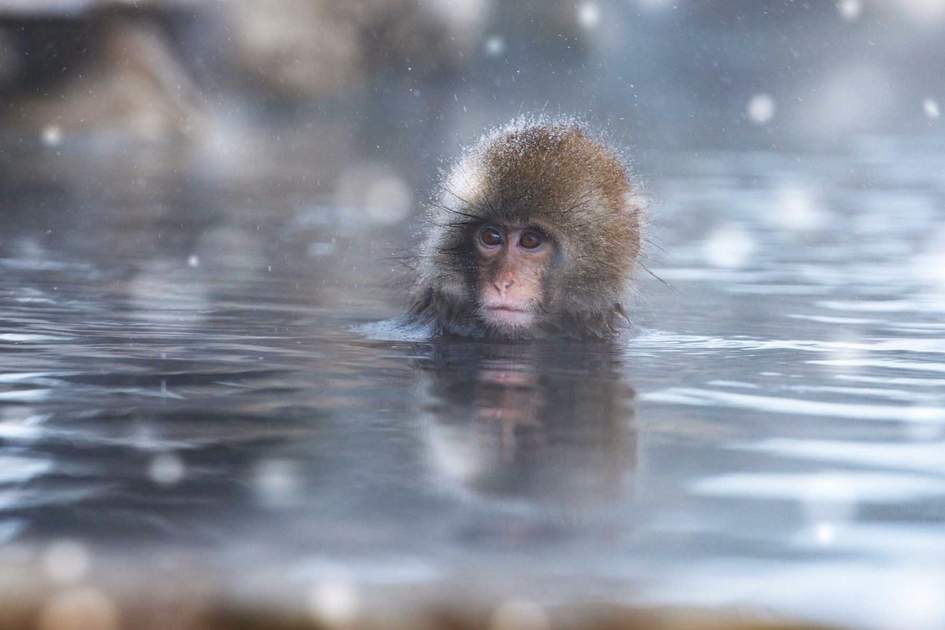 Water flows from Shiga Kogen through the Jugokudani Yaenkoen Park, Nagano, creating the course of the Yokoyu River. ‘Jugokudani’ translates to Hell’s Valley. The area is named as such because of the steep jagged cliffs dropping down the edges of the valley, the harsh forest environments growing on the cliffs and the hot water which streams from the earth's surface at the bottom.

Japanese macaques inhabit the Jugokundani Yaenkoen Park, which is covered in snow for four months of the year. No other non-human primate can survive temperates as low as minus 15 degrees celsius. Native to Japan, the macaques are nicknamed snow monkey after the conditions they can withstand. During the winter the monkeys will live along the valley floor bathing in the hot springs (onsen) while it snows. When the snow melts they will head for cover in the surrounding forests where they find an abundance of food.