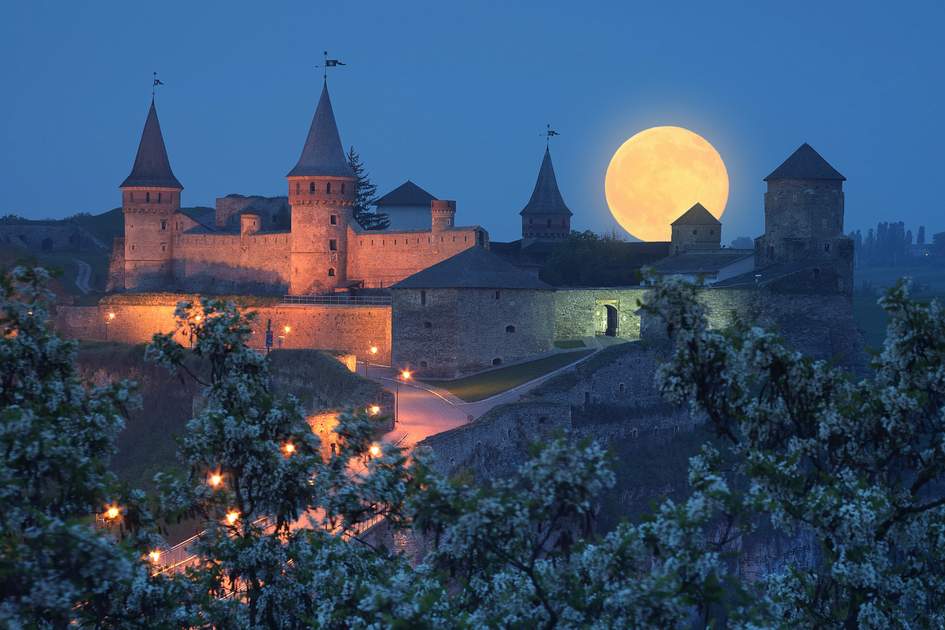 The moon rises over the Old Town at Kamianets-Podilskyi, Ukraine. Kamianets-Podilskyi is an old fortress town on the banks of the River Smotrych River. The town was first mentioned in 1062, and is thought to have been founded even longer ago. Kamianets-Podilsky is infamous as being the site of one of the first – and largest – massacres of the Holocaust. Over two days in 1941, Nazis murdered 23,600 Jews from the Kamianets-Podilsky ghetto. Today, there are several memorials in the town to those who lost their lives.

This article was originally published on March 29, 2016