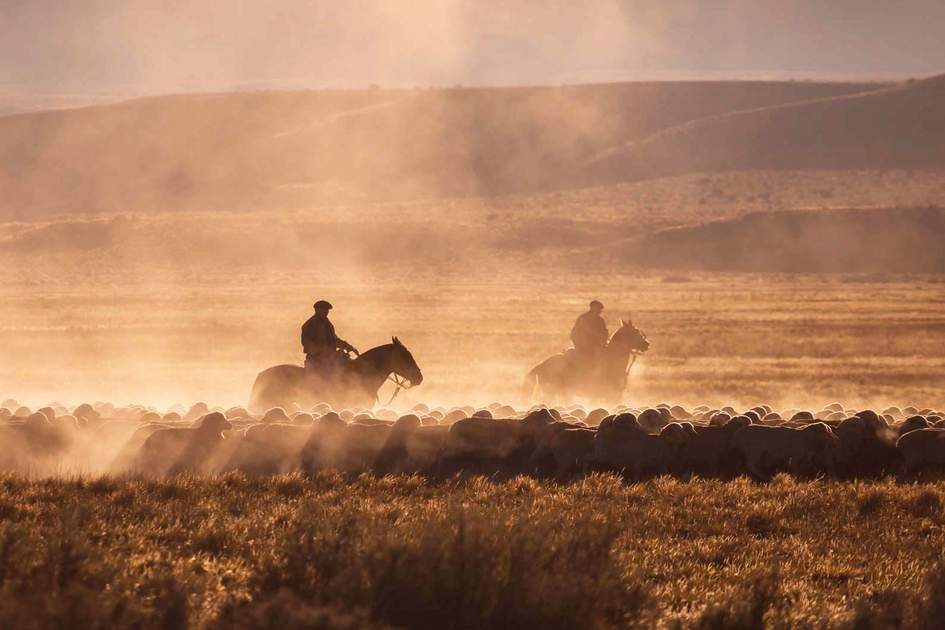 The first governor of Santa Cruz, Carlos Moyano, could find no one to settle in the desolate south of Patagonia. In desperation, he invited young couples from the Malvinas/Falklands to try their hand “on the coast,” and the first sheep farmers were English and Scottish shepherds. They were soon followed by people from many other nations, mainly in central Europe, who remained behind after the 1890s gold rush. The sheep rearing proved hugely successful, and, by the 1920s, Argentinian wool commanded record prices on the world market.

The sheep in southern Patagonia are mainly Scottish Corriedale, although some merinos have been brought from Australia, and two hardy new breeds have been developed for the region. Farm work intensifies from October to April, with lamb marking, shearing, dipping, and moving the animals to the summer camps. In the fall they are moved back to the winter camps and the wool around the eyes is shorn.

Shearing is usually done by a comparsa, a group of professionals who travel from farm to farm, moving south with the season. However, each farm has its own shepherds and peones (unskilled workmen) who stay year round, tending fences and animals.