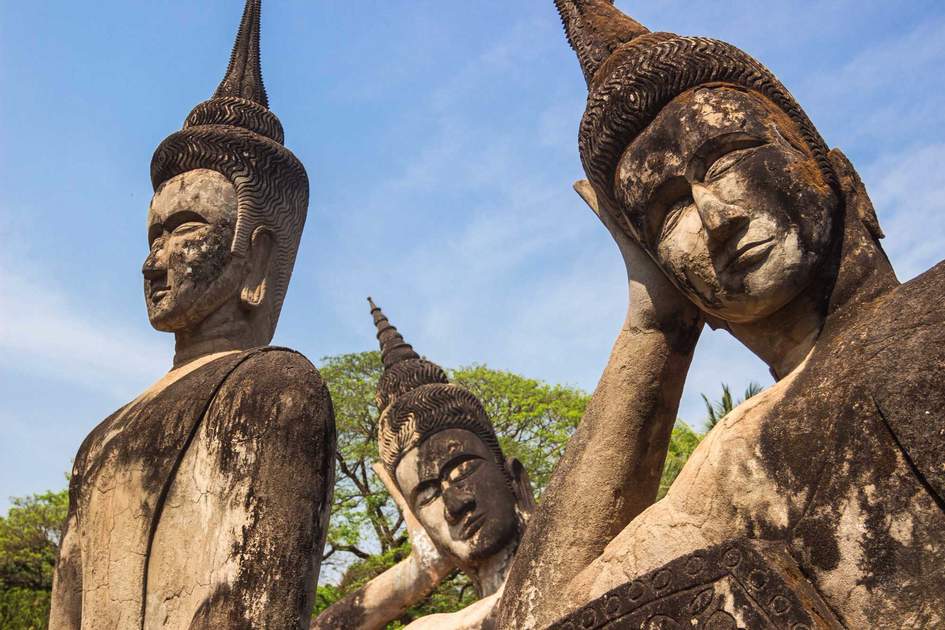 Reclining Buddhas can be seen scattered through Buddha Park in Vientiane, Laos. The park was created in 1958 by Luang Pu, who integrated Hinduism and Buddhism, and is now home to more than 200 statues. Statues are made up from reinforced concrete although they look much more ornate and authentic. There are multiple statues of Buddha as well as Shiva, Vishnu and Arjuna from Hindu lore.

A second Buddha Park was built in Thailand on the other side of the Mekong River. You can see parts of the taller statues of one from the other. The most notable feature of the park in Laos is a giant pumpkin which is split into three levels; heaven, hell and earth. Enter through the mouth of a demon to ascend from hell, up to heaven, where you can cast your eyes over the entire park. Visit the Buddha park on Insight Guides' Historical Laos trip.

Your local travel organizer for Laos