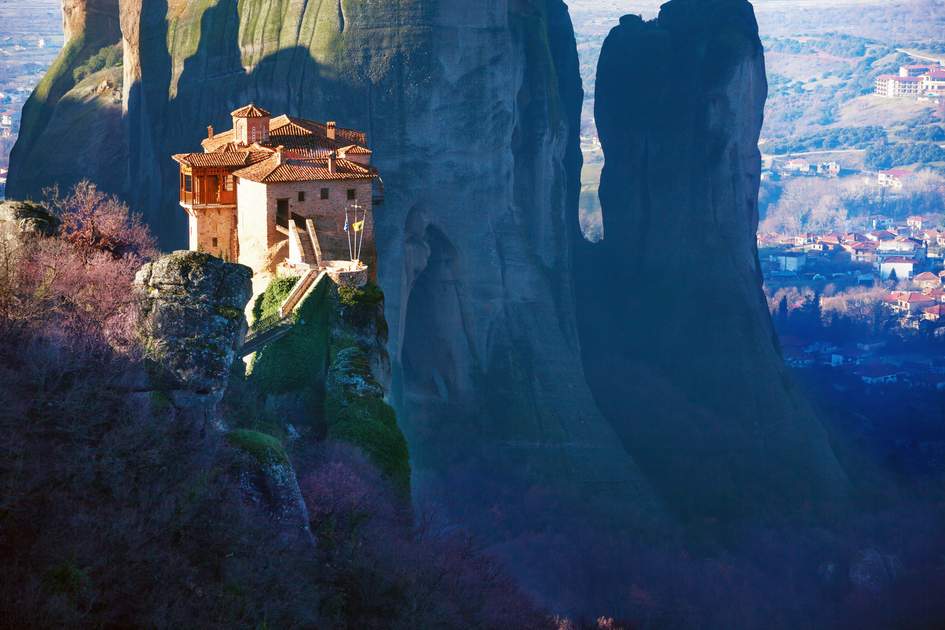 Beautiful little Roussánou monastery, completely occupying a knife-edge summit, was built in 1545 for monks, later abandoned, and re-occupied by nuns in the 1970s. In the 17th century the Meteora region was colonised by no less than 24 religious communities, all painstakingly building their rock-top monasteries using rope ladders, winches and baskets. Today only eight of these extraordinary buildings survive, of which just six are inhabited and open to pilgrims.

Get lost in a guidebook: Insight Guides: Greece