Posted on 26 May 2016
Sailing in misty San Francisco Bay 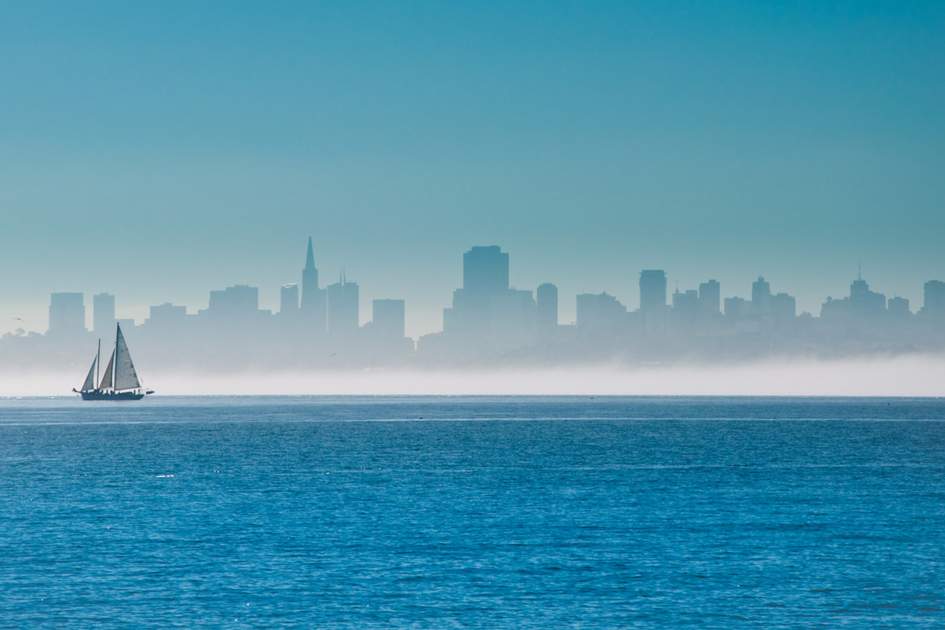 Outside San Francisco are as many fascinating sights and delights as there are in the city. Mountains, redwood forests and wonderful pacific beaches beckon, as well as intriguing Silicon Valley, Oakland and Berkeley. Travel is easy: several bridges span the bay; an underground train system (BART) links the East Bay and South Bay with the city; ferries crisscross the water, and trains run up and down the peninsula. Getting around by car, though, is the most attractive way to explore the coasts, hills and valleys.

When it comes to vibrant American cities, San Francisco is certainly at the top of the must-visit list. Known for its enchanting natural harbour, 'San Fran' is known the world over for the spectacular Golden Gate Bridge; an iconic masterpiece that attracts visitors from every corner of the globe.

Taking in the Golden Gate is only one of the many outstanding things to do while visiting this breathtaking patch of California. The city, which is dotted with charming cable cars, is also home to the famous Fisherman's Wharf. And not far is Alcatraz (nicknamed 'The Rock'); the former prison-turned-top tourist attraction. Ferries set off daily out of Pier 33. Alcatraz closed in the early 1960s, but has been providing guided tours for years.

For a quintessential San Fran experience, consider wandering around buzzy Chinatown; it's one of the biggest outside of Asia. Spanning 24 blocks, the neighbourhood boasts lines of red lanterns and lampposts topped with dragons. Where shopping is concerned, expect to uncover top-notch finds like silk, teak furniture, porcelain, and more. The food is also as authentic as it gets.

Where landmarks are concerned, we'd be doing a disservice not to mention Lombard Street. The uber-steep, twisty-turvy road, which is bordered by extravagant mansions and runs in an east-to-west direction, has no fewer than eight dramatic hairpin bends. In general, if you're exploring the city by car, be prepared for high hills and staggering declines.

LGBT travellers will also be happy to learn that San Francisco is considered one of the most gay-friendly cities in the US. Open, accepting, and diverse, the culture here is one that has a reputation for welcoming people of all types.

The city itself is also steeped in literary history. Jack Kerouac, Amy Tan and Mark Twain are only a few standout writers who once stumbled through the streets of San Francisco, snatching bits of inspiration at every turn.

What are you waiting for? Here's how to plan your San Francisco trip