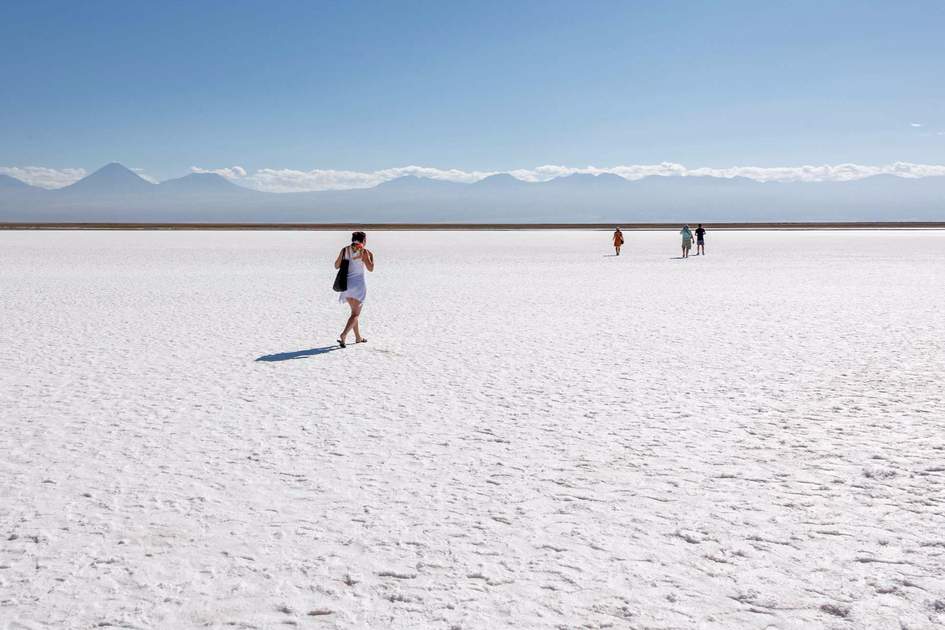 Tourists on the salt flats in the Atacama Desert
PrevNext

Salt flats are formed when a large body of water, such as a lake, evaporates over time, sometimes as a result of the changing climate, leaving behind salt and other minerals that were dissolved in the water. For a salt lake to form, the rate of evaporation must be higher than the rate of precipitation, which explains why salt flats usually tend to appear in deserts. This factor also adds to the surreal effect of a salt flat; their bright, white glows make them look more the kind of thing you'd find in an Arctic tundra than in the middle of the desert.

Want to experience the surrealness of a salt falt for yourself? Join Insight Guides on a private, tailormade tour of Chile: submit a trip request today to begin planning your adventure.