Posted on 18 Dec 2016
Sanctuary of Our Lady, Las Lajas, Colombia 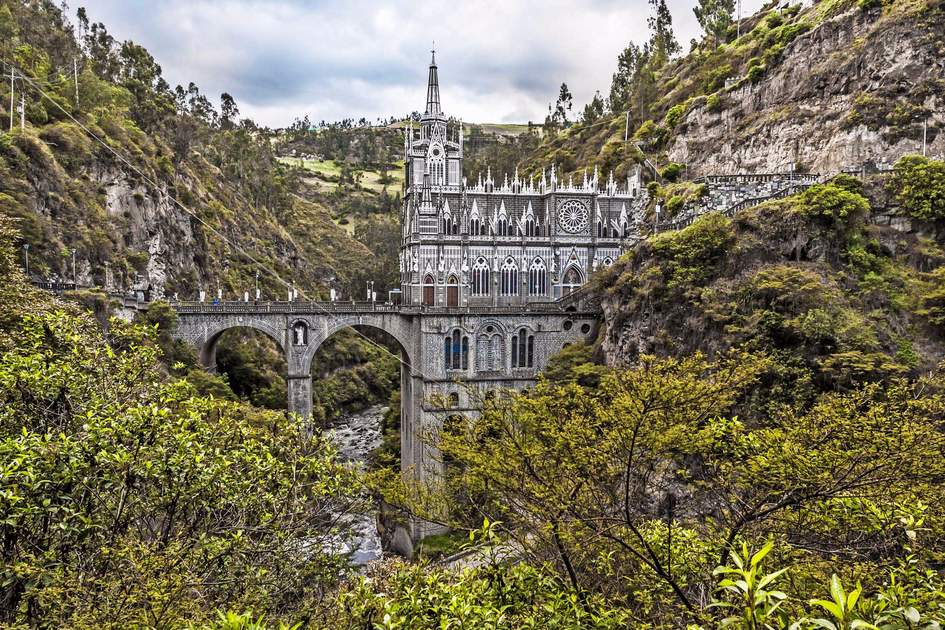 This stunning Gothic-revival church is set in dramatic surroundings, built on a 130-foot-tall bridge inside the valley of the Guáitara River in southern Colombia. Originally the site of a 19th-century chapel, the current structure was built between 1916 and 1949 using donations from local churchgoers. It might seem like an odd place to build a church, but it is said that several miracles occurred here, which is why the site was chosen. The first alleged miracle occurred in 1754, concerning a woman named Maria Mueces and her deaf-mute daughter Rosa. A dreadful storm left the pair stranded, and they took shelter between some rocks. Rosa – deaf and mute – suddenly called out and pointed to a rock, where an image of the Virgin Mary appeared holding the baby Jesus. Visit Colombia and take in a different famous religious building, the underground Zipaquirá Salt Cathedral, on Insight Guides’ Colombia Express trip. Alternatively, chat with one of our Colombian local experts today, who can add a visit to Las Lajas to your holiday itinerary.