Posted on 10 Nov 2016
Herd of sheep near Mont-Saint-Michel, Normandy 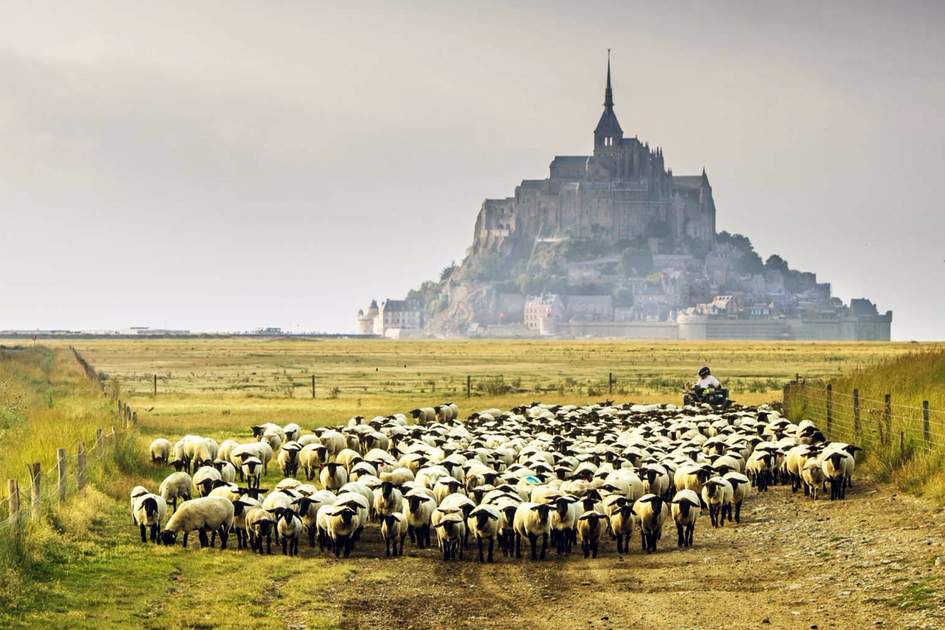 The vast Baie du Mont-Saint-Michel, where the sea disappears for 15km (9 miles) at low tide, seems expressly designed around its magical abbey. The sight of the mount and its soaring spire, glimpsed across the sands like a giant magnet, is a central part of any visit. A guided visit of the Mont is included in Insight Guides' Northern France Tour: City to Coast, which also takes in the fortified city of Saint-Malo and the picturesque Pink Granite Coast.

The causeway built to Mont-Saint-Michel in 1877 distorted the movement of silt in the bay, and it was replaced with a bridge in 2014. The town of Mont-St-Michel, the smallest municipality in France, is incorrigibly tacky, with overpriced restaurants, but neither this nor the crowds detracts from the Abbaye. A shrine was first built on the island in the 8th century, after St Aubert, Bishop of Avranches, was told to do so by the Archangel Michael in a vision, but was expanded hugely by the Normans. It is an astonishing work of medieval engineering: the great church is not built on the mount but above it, around four massive pillars. Later sections, such as the delicate Gothic Merveille or marvel, are intricately intertwined around this central structure. Don’t miss a chance to return at night for the excellent son et lumière presentations, which allow you to appreciate all the abbey’s mystery.

Ready to take your trip to Northern France with Insight Guides?

Submit your trip request and start designing your holiday today