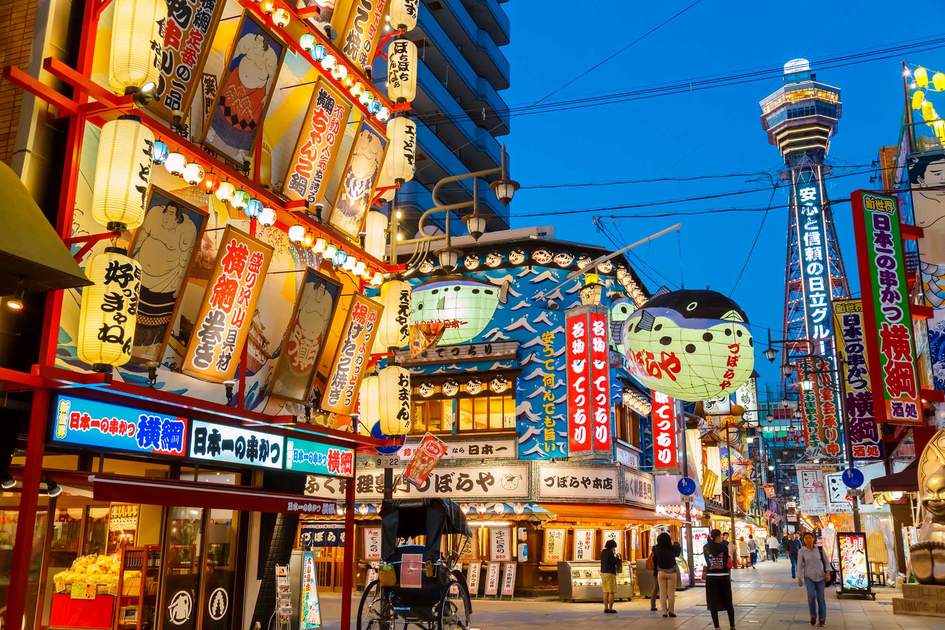 Glowing neon signposts shine in Shinsekai, Osaka, Japan. The neighbourhood's south section was designed with New York City's structure in mind, while the north section was designed to look like Paris with the Tsutenkaku Tower standing in the centre (much like the Eiffel Tower). An open-air deck, a little over 90-metres high, offers impressive views over the city.

The area was developed in 1912 and saw little redevelopment after World War Two, unlike many areas of Japan. Shinsekai is known in Japan for its Kushikatsu, a culinary delight and a dish you can try on Insight Guides’ Japan Culinary Sensation trip. The dish consists of either meat, fish or vegetables covered with breadcrumbs and deep fried. Opt for beef, chicken, pumpkin or asparagus, or try something more unique for dessert with ice cream and banana varieties. Kushikatsu is served in many shops throughout the neighbourhood, which are usually open 24-hours a day but take on a different atmosphere around the kitsch-bright signs at night.