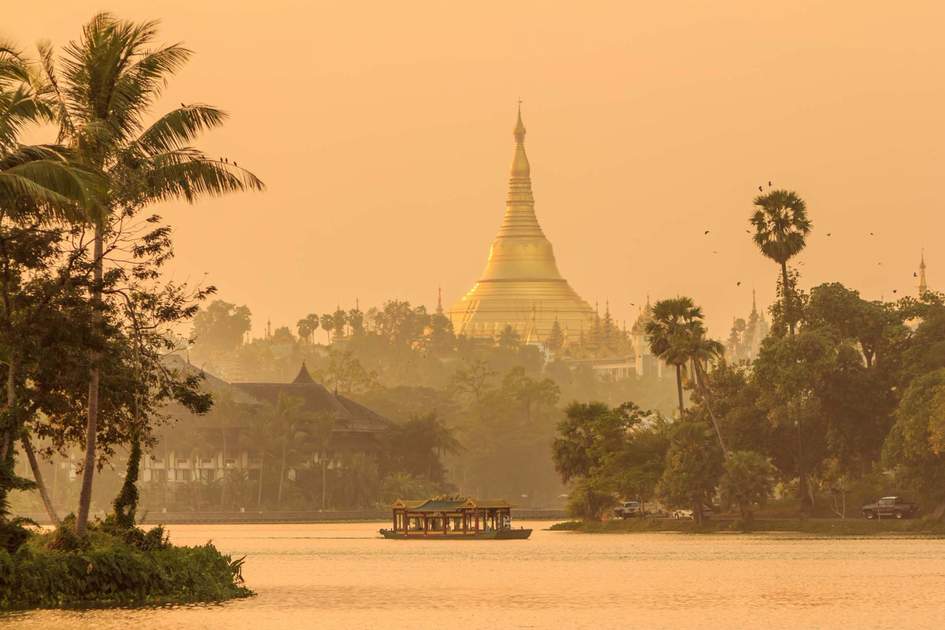 Here we see the iconic Shwedagon Pagoda at dusk, which has become a symbol of Burmese Buddhism and national pride. It is tempting to head straight to the pagoda as soon as you arrive in Yangon, but if you can, delay your visit until early evening, when the warm light of the golden sunset washes over the pagoda, creating an otherworldly effect. Surprisingly, you'll also find fewer tourists around at this time.

There is some dispute as to when the temple was actually built, most historians and archaeologists believe that the Mon people built the temple between the 6th and 10th century AD. However, according to legend, it was constructed around 2,600 years ago, making it the oldest Buddhist stupa in the world.

Explore this iconic Burmese site for yourself on Insight Guides' Majesty and Mystery in Myanmar holiday; the day's itinerary is timed just right to visit during the sunset hours.

Superb trip guided by experts and covering only what we wanted to see and do.