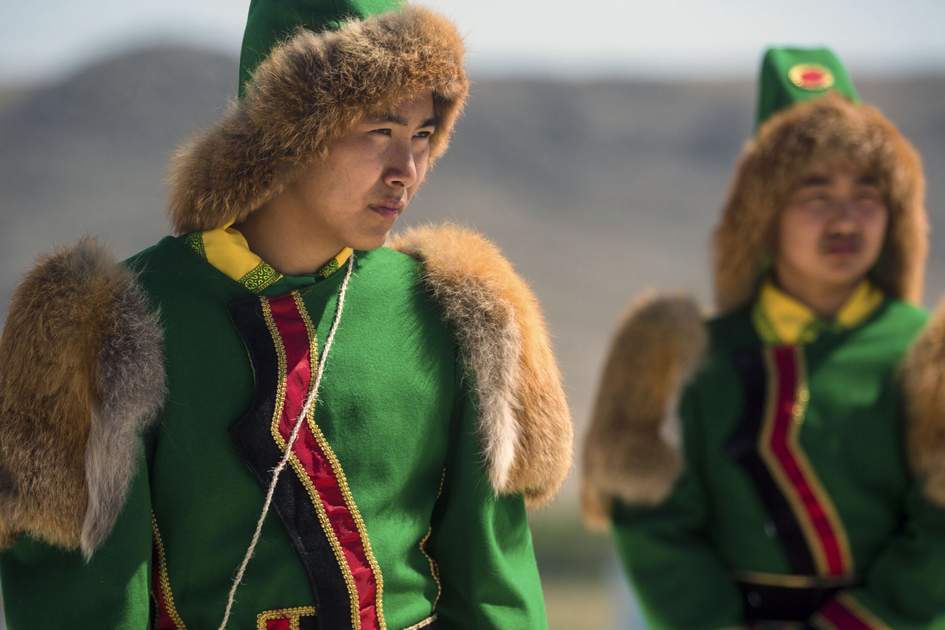 Yakut men in traditional dress at the Erdyn Games in Siberia

The Yakut, or Sakha, people live in Yakutia, eastern Siberia. Yakutia is a vast region, rich in gold and diamonds. Its capital, Yakutsk, is one of the coldest cities on earth. Here, temperatures can drop to -50ºC (-58ºF) in winter.

The Sakha Republic is home to over 465,000 Yakut, who make up around 50 percent of the population. They still hunt using traditional methods, surviving on reindeer, fish and berries.

This article was originally published on 14th February, 2016