Posted on 04 Jul 2017
Steaming across the Glenfinnan viaduct, Scotland 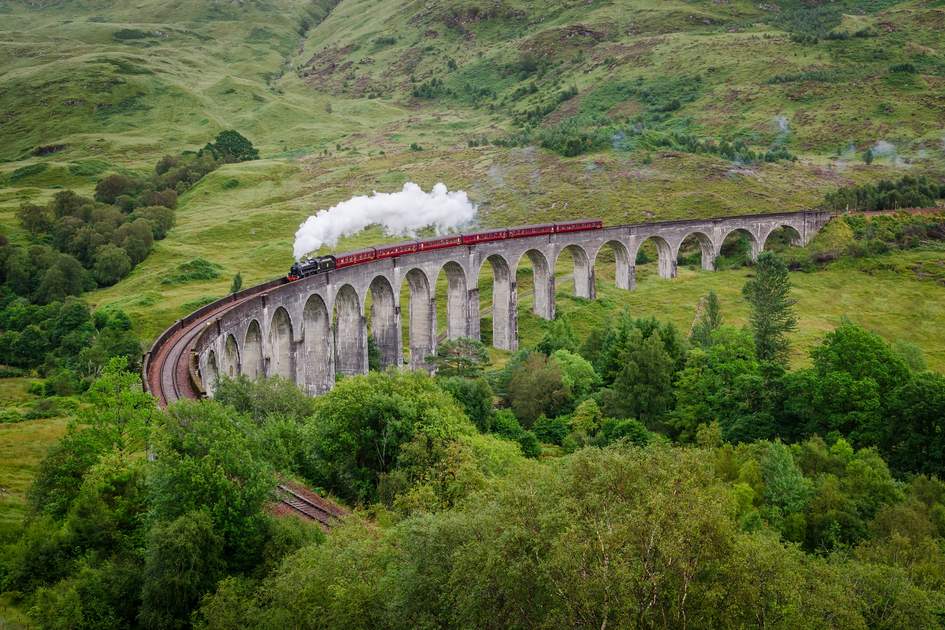 Steaming across the Glenfinnan viaduct, Scotland

The Jacobite steam train makes its way across the famous Glenfinnan Viaduct in the north-west of Scotland, where there are dramatic views over Glenfinnan Monument and Loch Shiel. A round trip of 84 miles will take you past some of the most remarkable natural sites in Britain. The journey starts near Ben Nevis, the tallest mountain in the UK, and passes the deepest loch, Loch Morar. The turning point is the westerly most station of Arisaig. Alight here for views over the North Sea, which is speckled with islets. Since the train's appearance in the Harry Potter films as the Hogwart's Express, a trip on this line has become hugely popular.

This article was originally published on 30 November, 2015