Posted on 14 Dec 2018
Streetlife near the Boudhanath temple in Kathmandu, Nepal 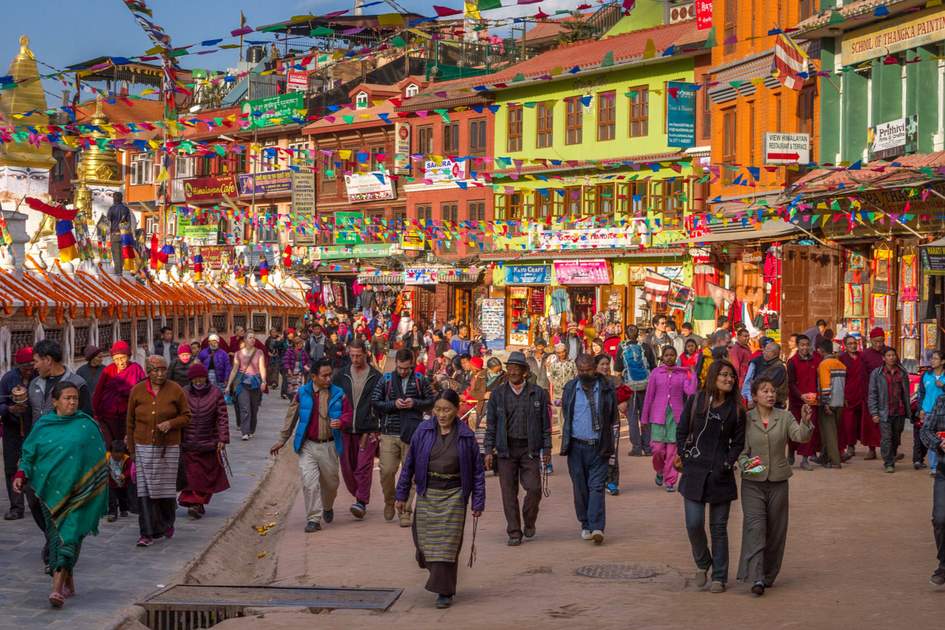 Streetlife near the Boudhanath temple in Kathmandu, Nepal

Set amidst the crowded spaces on the eastern edge of Kathmandu, Boudhanath, the largest stupa in the whole of Nepal is the hub of a thriving Tibetan community.

This magnificent Buddhist monument is located on flat land 5km (3 miles) northeast of Kathmandu and encircled by pastel-painted facades of houses and monasteries. Boudhanath (also known as Bhoudha) shelters the single largest community of the 16,000 Tibetans who have made Nepal their home since 1959. The many new monasteries and the rinpoches (high ranking lamas) who reside here have established this as one of the most flourishing centres of Tibetan Buddhism in the world, and there are few places, outside Tibet itself, that offer such an insight into their culture.

The huge white dome is surmounted by penetrating red, yellow and blue painted all-seeing eyes of the primordial Buddha and is set on concentric, ascending terraces in the powerful pattern of a mandala. Around the base of this enormous and strikingly simple stupa is a ring of 108 images of Buddhist deities and 147 insets containing prayer wheels.

It is possible to climb up onto the base of the stupa and join the monks and pilgrims on the kora, the ritual clockwise circuit of the dome.

The area around the stupa is always bustling: pilgrims and tourists mingling amidst stands of butter candles and souvenir stalls, against a soundtrack of Tibetan music.

Probably the best trip of my life. The sites, the hotels, and the tours were all superb.