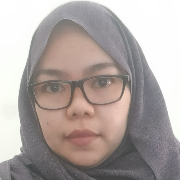 Posted on 13 May 2017
The Sultan Qaboos Grand Mosque, Muscat

Opened in 2001, the Sultan Qaboos Grand Mosque in Muscat is one of the largest and most spectacular mosques in the Gulf, constructed in a minimalist modern Islamic style and dressed in vast quantities of white and red-brown marble. Inside, there is room for an estimated 20,000 worshippers in the two prayer halls and surrounding courtyard, with tower minarets at each corner. Compared to the rather chaste exterior, the interior of the main prayer hall is a riot of opulence.

Visitors should note this is the only mosque in Oman open to non-Muslims; visitors are required to dress conservatively (no shorts or bare arms), while women will be given a scarf to cover their hair.

Unfortunately, the mosque's popularity and limited opening times for non-Muslims mean that it tends to get overrun with tourists. Arrive early in the day for maximum tranquillity. Alternatively, visit as part of Insight Guides' Best of Oman holiday, where our local experts will help you to avoid the crowds.

This article was originally published on 7th September, 2015

I would like to thank you for the great experience on our trip to Oman. The local expert for Oman provided excellent service. The guide was very professional, always attentive to what we like more in terms of food, type of visits, etc. With time to explore each place without a rush. This trip was above my expectations. I totally recommend you as trip planners.