Posted on 13 Dec 2017
Sunset over the Øresund Bridge 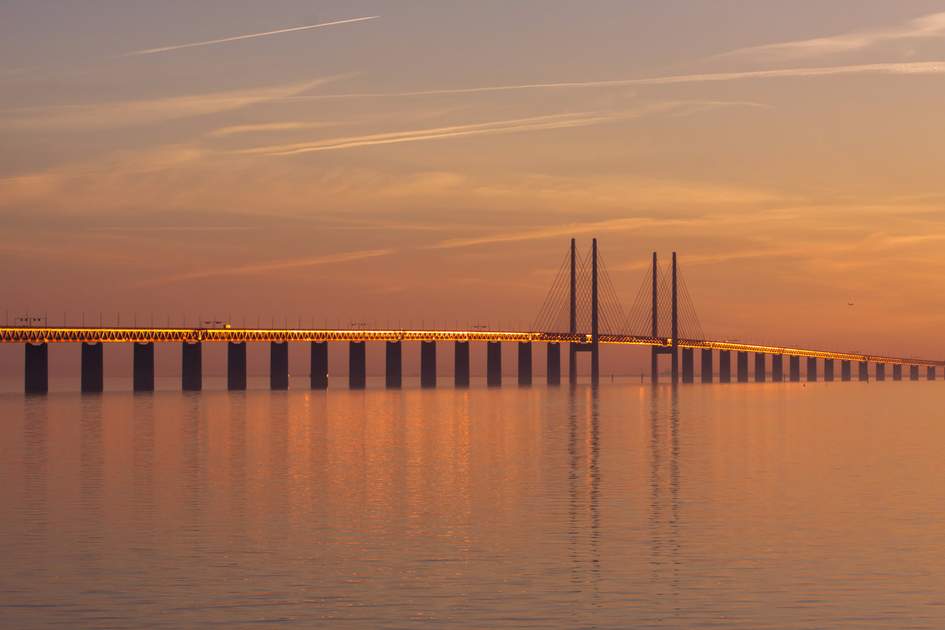 Sunset over the Øresund Bridge

The Øresund Bridge (Øresundsbron) is a masterpiece of design. The 16km (10-mile) -long bridge and tunnel, a combined Swedish-Danish enterprise, took nine years to complete, from the signing of the agreement to its inauguration in 2000. Today, it links Malmo to Copenhagen. It was given a starring role in popular Swedish-Danish crime drama series The Bridge (2011–).

This article was originally published on April 15, 2016