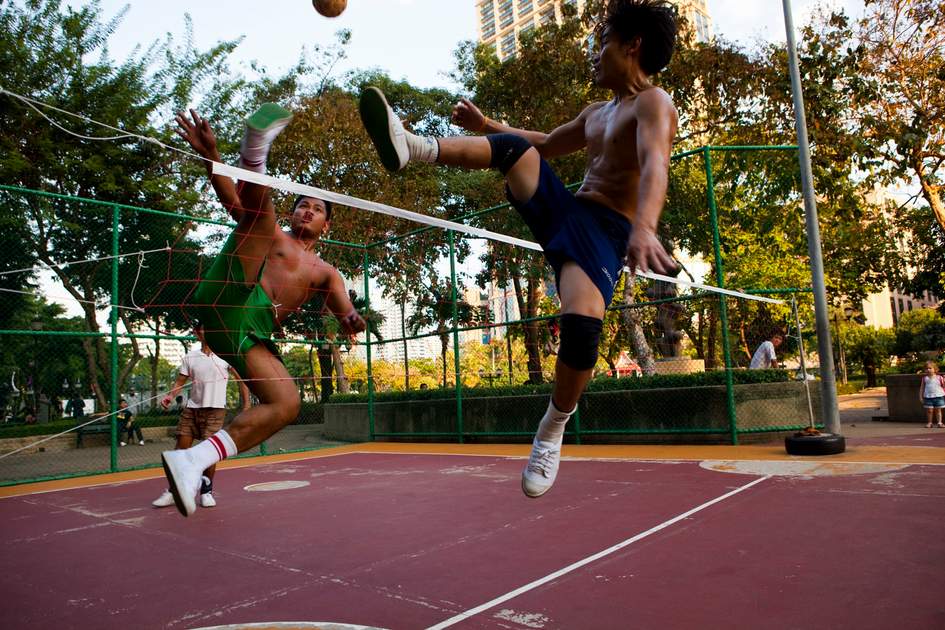 Men jump and lunge, trying to keep a ball from touching the ground in the Thai sport takraw meaning woven ball. The Asian version of kick volley takes on different names in different countries but the rules remain the same: you can only touch the ball with your feet, knees, chest and head and you must keep the ball in the air at all times.

There are two types of game, regu and doubles regu, this determines the number of players. Regu has three per team and doubles regu has two per team; there are always two sides. The sport is played on a badminton-size court with a high net at the half way point. Three sets are played per game, best of the three wins, with each set being played to 21 points.

Visit Thailand on one of Insight Guides' pre-planned trips.

This article was originally published on 26 October, 2015

I turned back home last Saturday after a honeymoon in Thailand. I had a beautiful and very interesting tour from Bangkok to Mae Hong Son and then I spent the last days in Koh Samui enjoying the peace and quietness and the beauty of the sea. I really want to express my thanks and my satisfaction to your company and in particular to our guide. He is a helpful, honest, kind and funny man. He has a great passion and love for his country and this thing helped us to love and appreciate Thailand more than we could do. It was a unforgettable experience! I did not find a way to do it when I was in Thailand so I’ve decided to write this email because I think it’s important for you to know the opinion of your costumer. Kind regards.