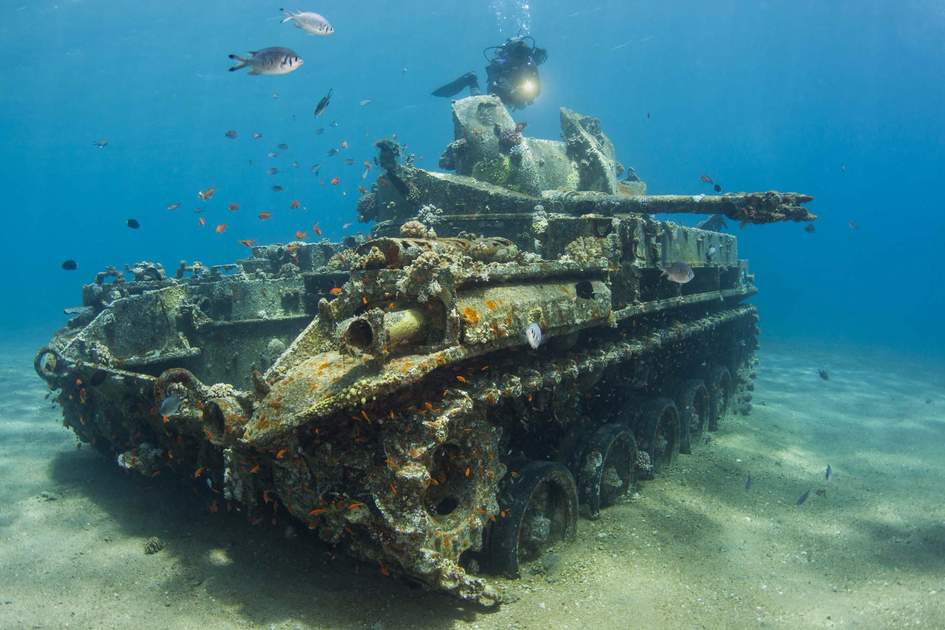 Discovered by a diver in 1999, and now a popular dive site, this US-built tank has been under water since the 1980s. It was initially sunk by the King of Jordan, as part of plans to start an artificial coral reef. However, it was quickly forgotten until its re-discovery in 1999. Constructed by production giant General Motors, the tank was likely to have seen action in the Battle of Karameh and the Six Day War against Israel.

Fancy taking a trip to Jordan or the Middle East? Travel with Insight Guides for a stress-free holiday. Browse available itineraries online now or submit a trip enquiry.