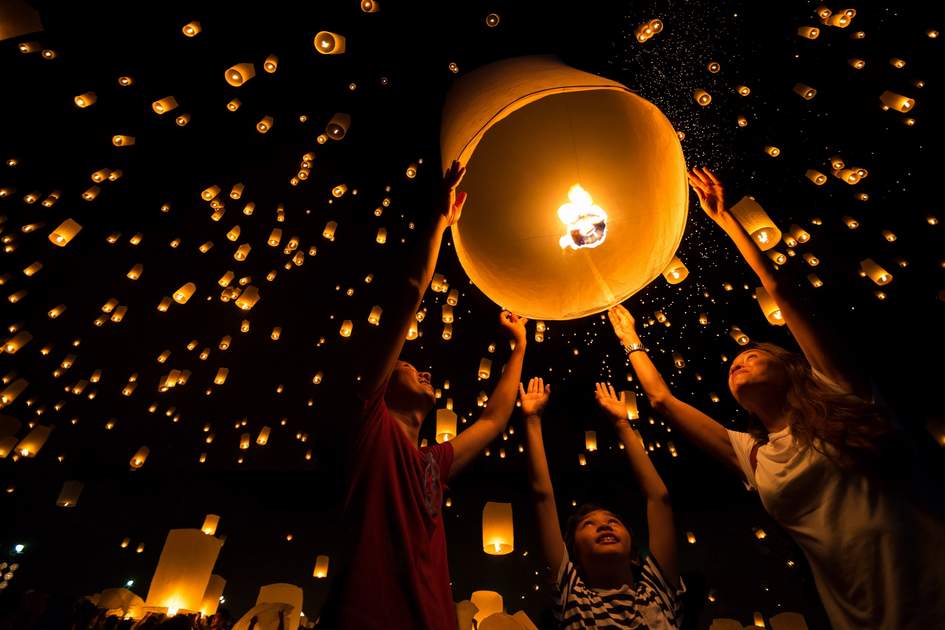 The Yi Peng festival is an annual tradition in Chiang Mai, Thailand. Known as the Sky Lantern Festival, locals light Lanna lanterns and release them into the night sky. With them, they send good luck wishes and prayers to Buddha. This festival coincides with Loi Krathong, the Festival of Lights, which is celebrated all over Thailand. During Loi Krathong lanterns are released onto the water surface of local lakes. Gliding along the surface they reflect in the lake and the dark sky creating a sea of orange light. Parades and fireworks add to the festivities. Visit Chiang Mai in November on Insight Guides' Chiang Mai Safari Adventure to witness this spectacle.

This article was originally published on 27 November, 2015