Posted on 08 May 2016
Monument in Volgograd, Russia 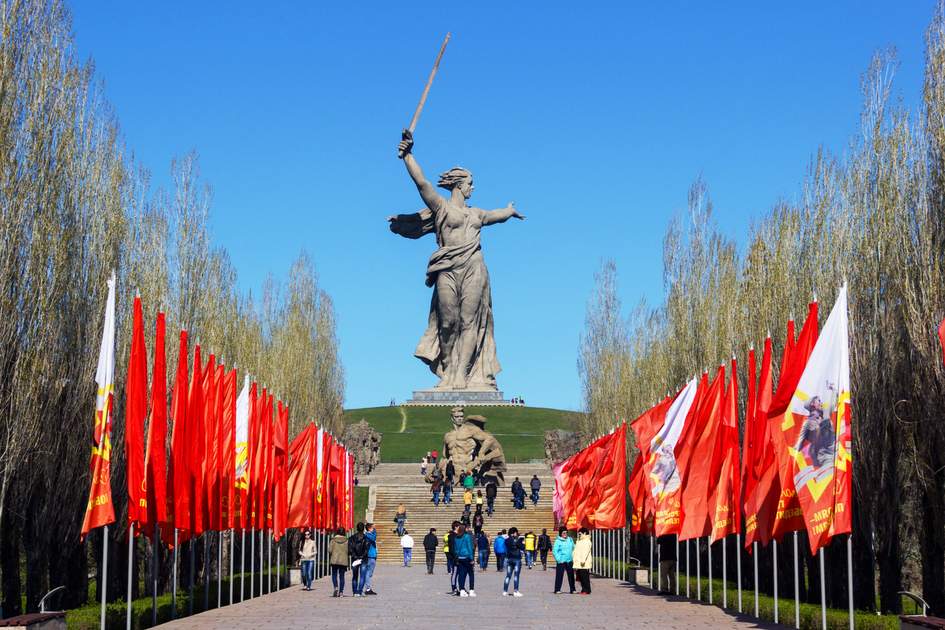 This Russian monument, called the Motherland Calls, was dedicated in 1967 and commemorates the Battle of Stalingrad. The 200 steps leading up to momument represent the 200 days the battle raged for; famous Soviet sniper, and Hero of the Soviet Union, Vasily Zaytsev is buried near the monument.

The Battle of Stalingrad, which was eventually won by the Russians, claimed over 2,000,000 lives on both sides, and is considered to be the turning point of the war on the Eastern Front.

Get lost in a guidebook: Insight Guides: Russia