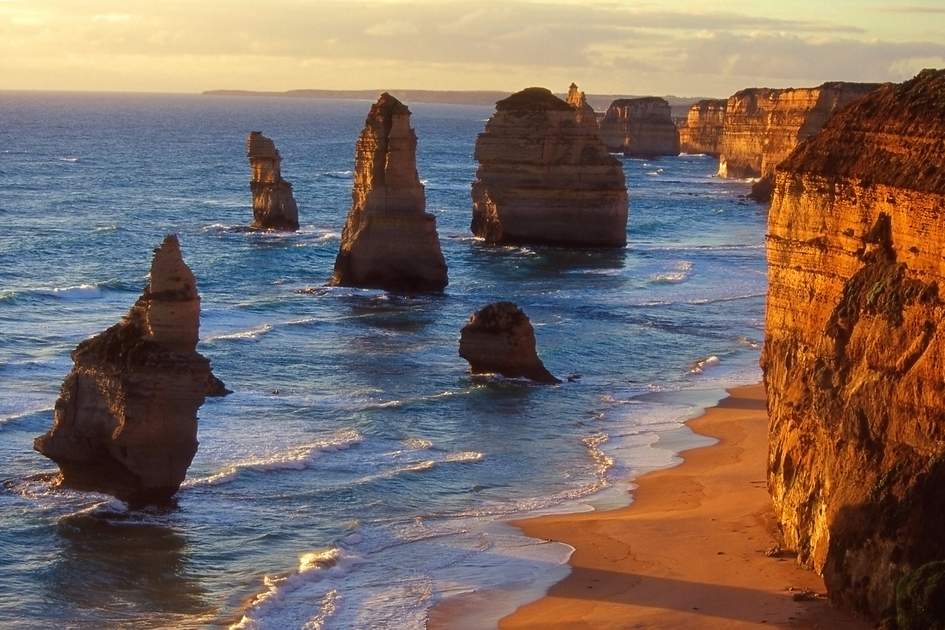 Australia's Port Campbell National Park, which stretches from Princetown to Peterborough, is best-known for the world-famous Twelve Apostles. These giant rock stacks were left isolated from the mainland by the erosive power of the ocean. Despite their name, there were only ever nine rock stacks. Today, just eight remain, after the ninth collapsed in 2005.