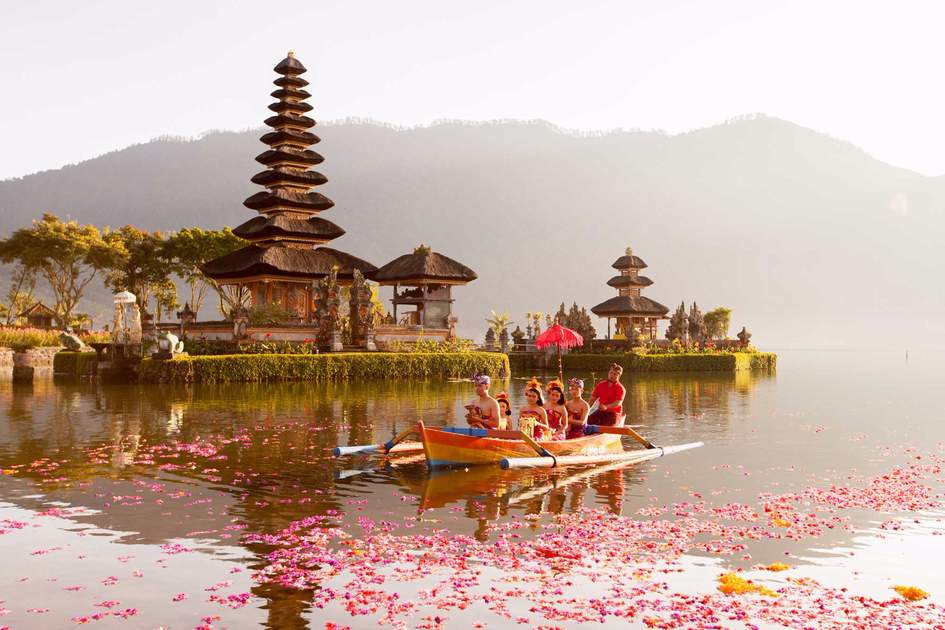 The picturesque Danau (Lake) Bratan in northern Bali harbours a temple, Pura Ulun Danu Bratan, sitting on a small promontory and arguably the most photographed site on the island.

This large 17th-century Hindu-Buddhist temple complex is set within landscaped gardens. Two multiple-roofed pagodas sit at the edge of Danau Bratan and honour the lake goddess, Dewi Danu, who is the provider of irrigation water for rice fields in the form of bubbling natural springs. The pagodas are not completely surrounded by water, but connected to the shore by narrow strips of land and bamboo bridges, which are erected at the time of temple festivals and ceremonies. A nearby stupa (memorial shrine) has four Buddhas in niches around its sides facing the four major compass points. Although entry to the temple itself is not allowed, the surrounding view of the temple complex, beautiful gardens and the majestic but often clouded Gunung Catur (the crater filled by the lake) is definitely worth seeing.

Ready to travel to Bali to see Pura Ulun Danu Bratan for yourself? Insight Guides' Indonesia Island Hop holiday tours the very best of Bali's temples, and beyond.

This article was originally published on 23 October, 2016