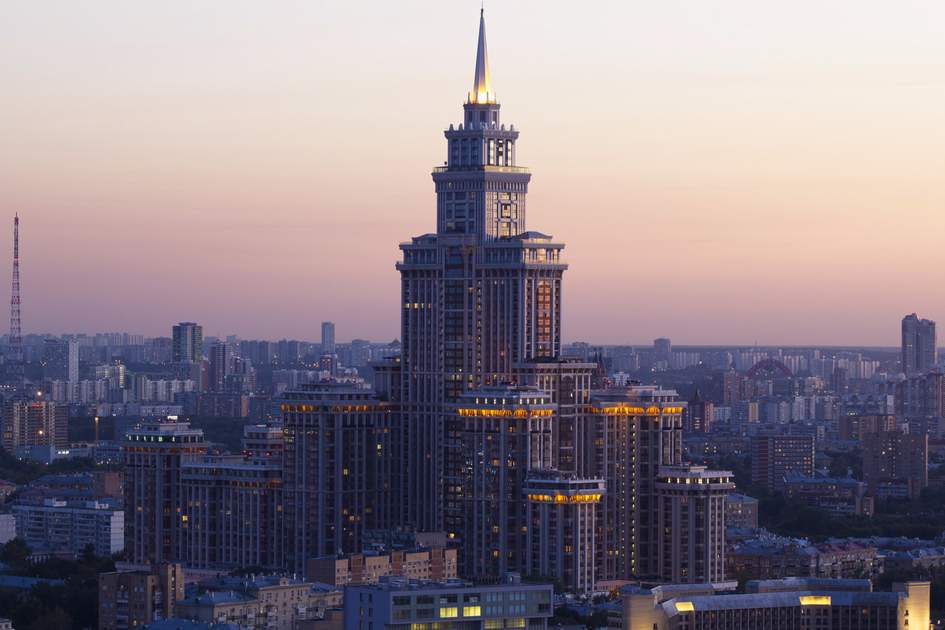 Triumph Palace is the tallest apartment building in Moscow and contains over 1,000 luxury apartments. The building was completed in 2006 and is often called the Eighth Sister because of its visual similarities to the Seven Sisters, a set of buildings built by Joseph Stalin's regime in Moscow during 1950s.