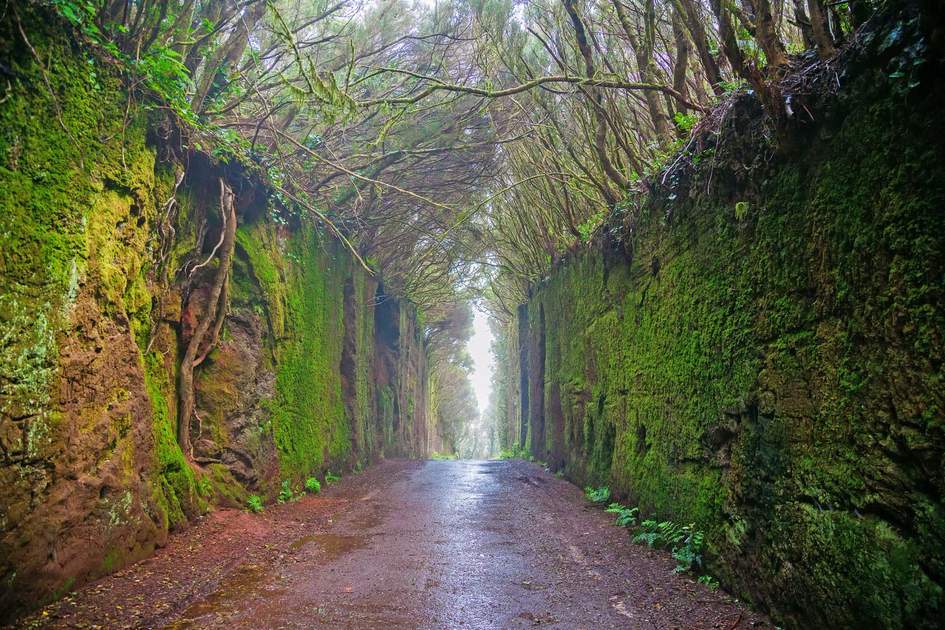 Trees grow over a pathway running through Anaga Rural Park in Tenerife. The damp atmosphere created by collected and trapped precipitation in the forest encourages the growth of epiphytes and moss on the pathway walls. There is a network of trails winding through the park with many leading to beaches of black sand and the crashing waves of the Atlantic Ocean.

Laurel forest covers the majority of the park, which spreads over 14,500-hectares on the northern tip of the island, covering mountains, cliff faces and deep ravines; the forest has been in existence for 40 million years. Hike around Anaga Rural Park on Insight Guides’ Tenerife Explored holiday.