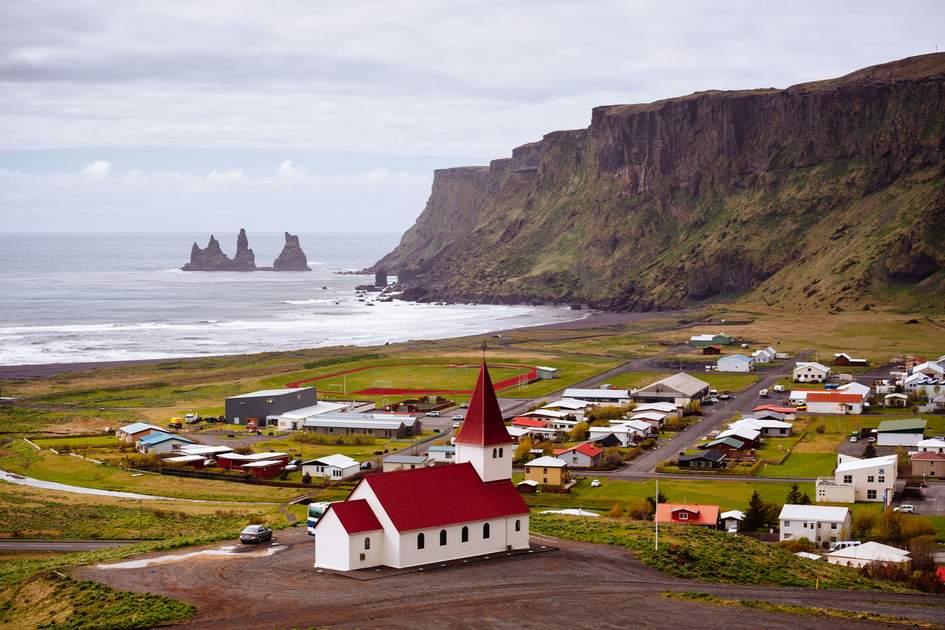 The coastal town of Vik in Iceland.

The coastal town of Vík – or to give its full name, Vík í Mýrdal (Bay of the Marshy Valley) – is a pretty little town, with a beach of black volcanic sand, jagged cliffs and lots of birdlife. Three steeples of stone, known as Reynisdrangar (Troll Rocks), rise out of the sea. Legend has it that they are the figures of trolls that turned to stone when they failed to get under cover before the sun hit them. Far more monstrous are the aggressive Arctic terns – Vík contains one of Iceland’s largest breeding colonies!

This article was originally published on 16th February, 2016

I must tell you that my tour with you is probably THE best tour I've ever taken (and I've taken a lot). My guide Rico set a bar so high that I don’t know if any other tour guide will ever measure up :) I can't say enough great things about him, or about the tour! I was floored by how many gorgeous sights we squeezed into two days. I hope to return someday and I'll absolutely book tours with you again.