10 coffees from around the world

You’ll find the humble coffee bean prepared in hundreds of different ways across the globe. Here are 10 coffees from around the world. 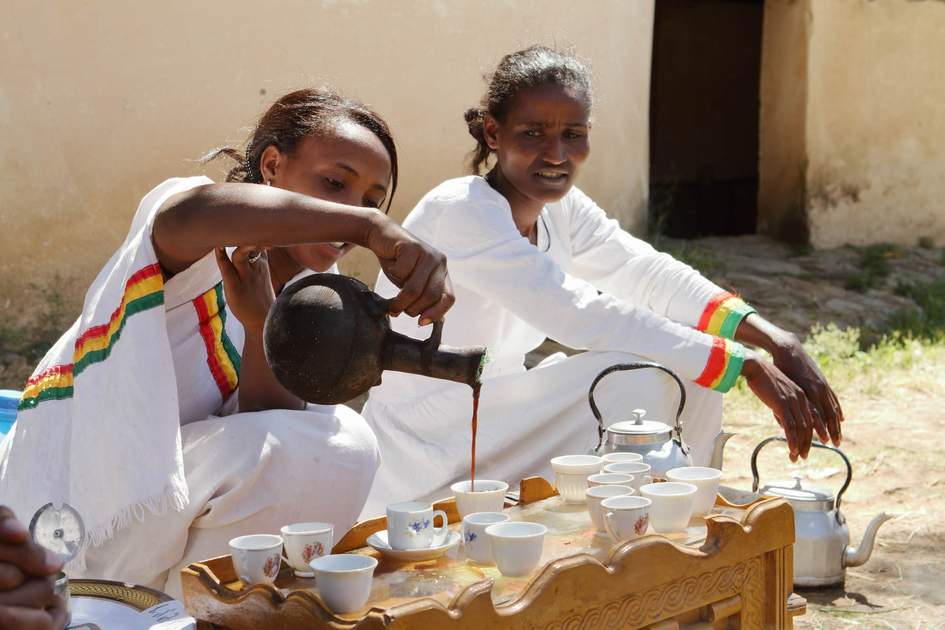 Do you need a strong cup of coffee to help you get up in the morning? You’re not alone. From Sweden to Vietnam, those little beans are brewed into a much-loved (sometimes, much-needed) drink that comes in a whole raft of varieties. Standing at a coffee-shop counter, staring at a mammoth list of options, it’s easy to feel overwhelmed by choice. Whether you add cheese, condensed milk or a lashing of whiskey, read on to take your taste buds on a journey through the coffee world.

Turkish coffee is famous around the globe; traditionally it’s prepared in a ibrik or a cezve, a small copper or brass pot. There are several intricacies that distinguish Turkish coffee preparation. Firstly, the sugar is added during the brewing process (throw out your teaspoon), and secondly there’s no cream or milk. The cup is made with finely ground coffee beans: the boiling process creates a foamy surface, which shouldn’t be disturbed – so resist the temptation to stir your coffee. Cardamom adds a little spice to the mix. 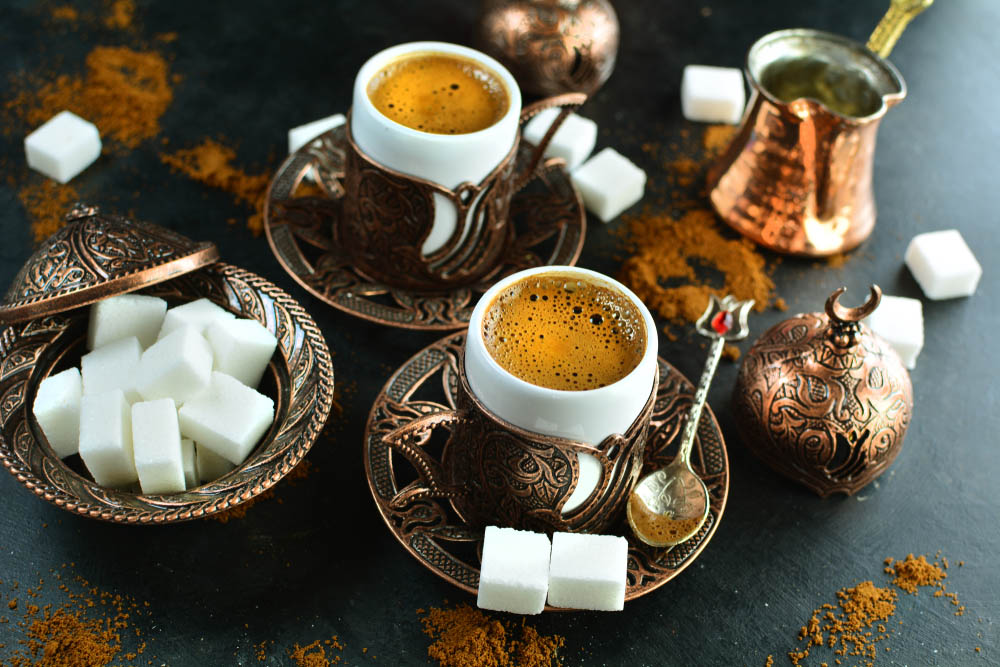 You’d be forgiven for flinching from this peculiar speciality, found in Sweden and neighbouring Finland. The name literally translates as “coffee cheese”, and that’s exactly what it is: coffee poured over cubes of “Leipäjuusto” cheese. In Finland, the cheese is usually served as a side with your cuppa, but in Sweden they go the whole hog and put the cubes in the coffee cup. It’s not for everyone. 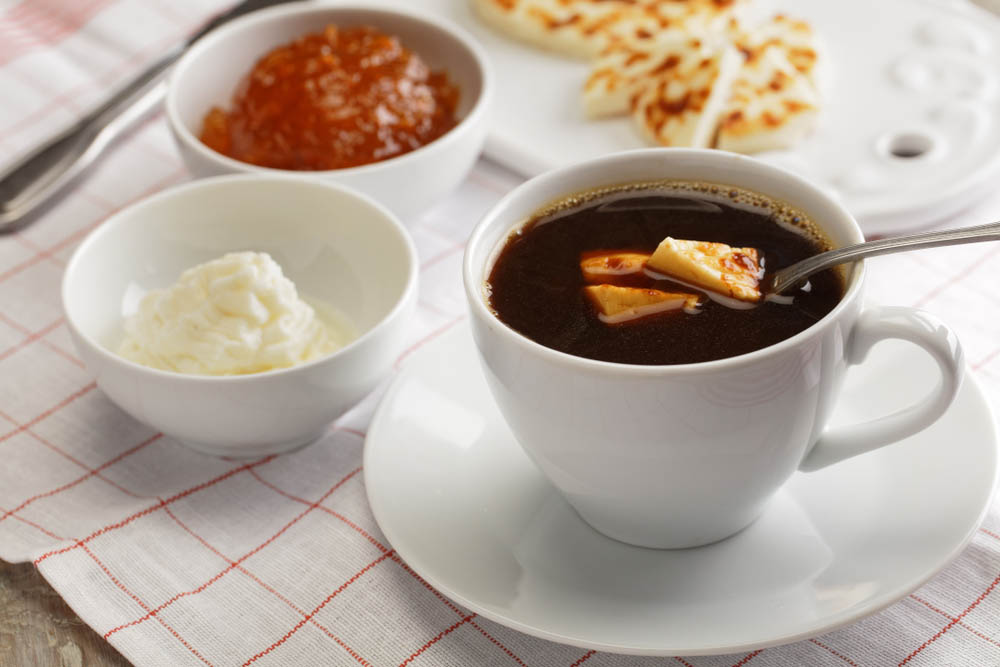 There’s nothing like an iced coffee on a blistering day, and the Greeks know it. Frappe – accidentally invented by a Nescafé employee called Dimitris Vakondios in 1957 – is eternally popular on the Mediterranean shores of Greece, made with iced instant coffee and plenty of foamed milk. You can have your coffee sketo (no sugar), metrio (some sugar) or glyko (2–4 spoonfuls of sugar). 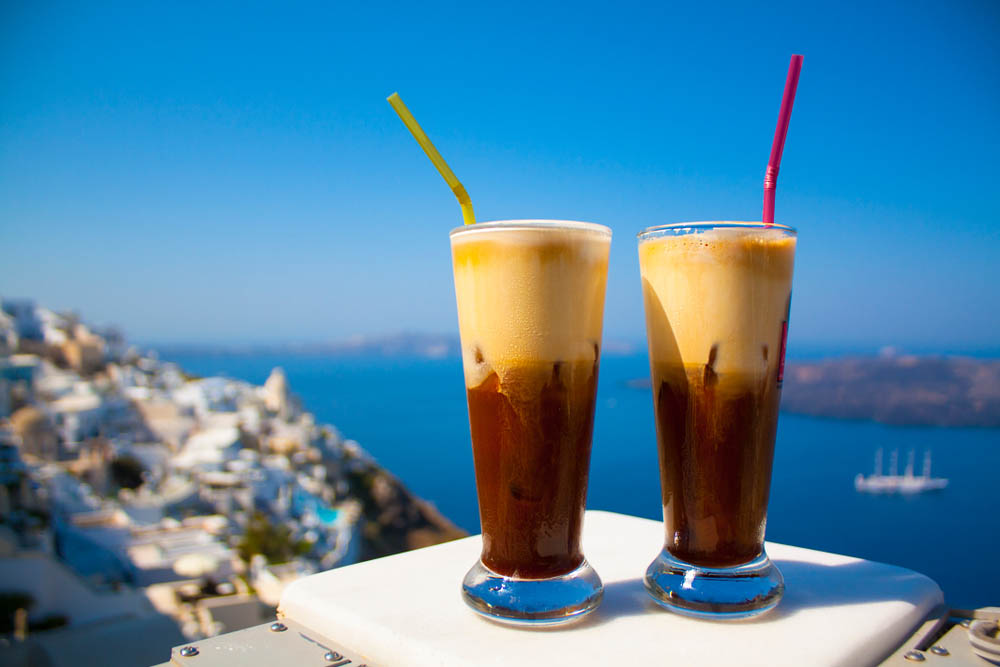 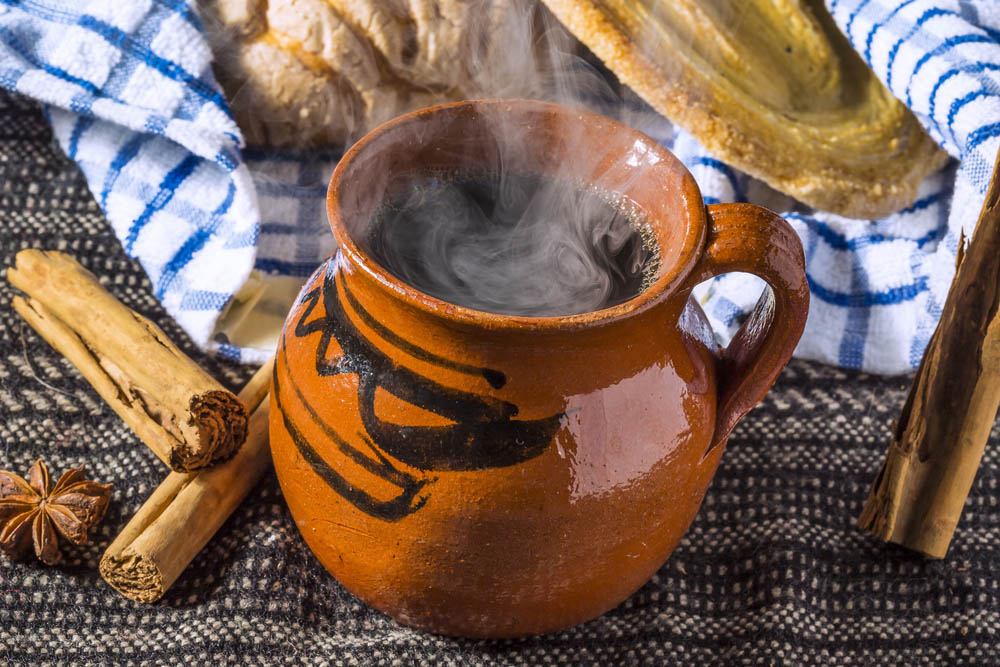 Over in Vietnam, coffee is served very sweet and very strong. Ca Phe Da is another iced variety, the coffee being brewed through a French drip filter into a cup of ice mixed with condensed milk. It’s a sweet tooth’s delight. 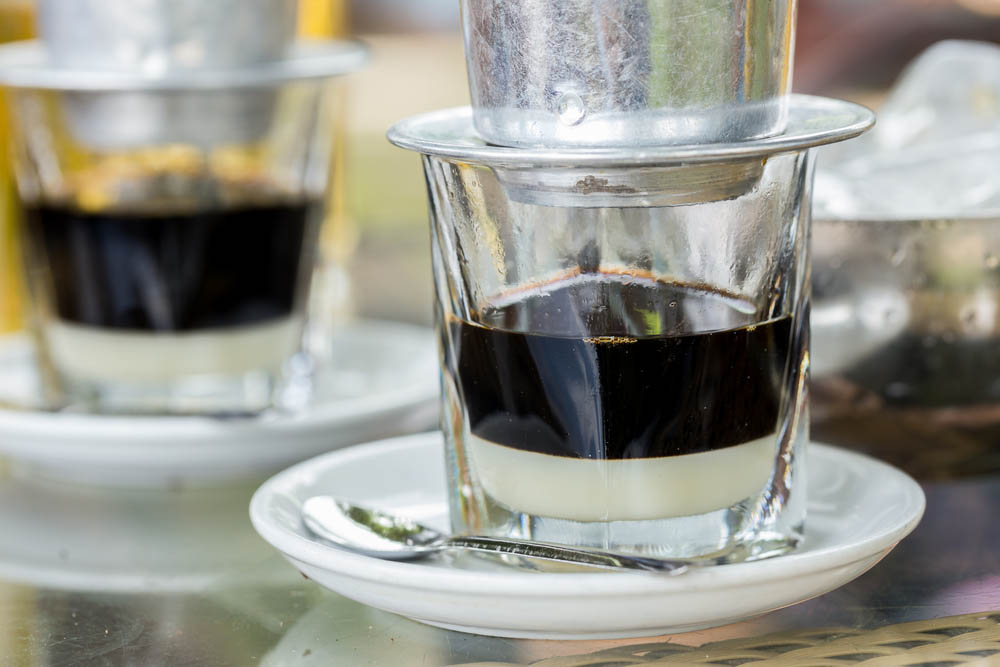 Coffee culture is alive and well in Ethiopia, where a local proverb translates as “coffee is our bread”. Often referred to as the “birthplace of coffee”, the country has been exporting the stuff since the 15th century; today’s, it’s among the world’s top coffee producers (and consumers). There are a staggering 6–10,000 varieties of coffee in Ethiopia. The most widely consumed variety is aromatic Arabica coffee, enjoyed during elaborate coffee ceremonies: beans are roasted in a pan before being ground, brewed and served to family and guests. 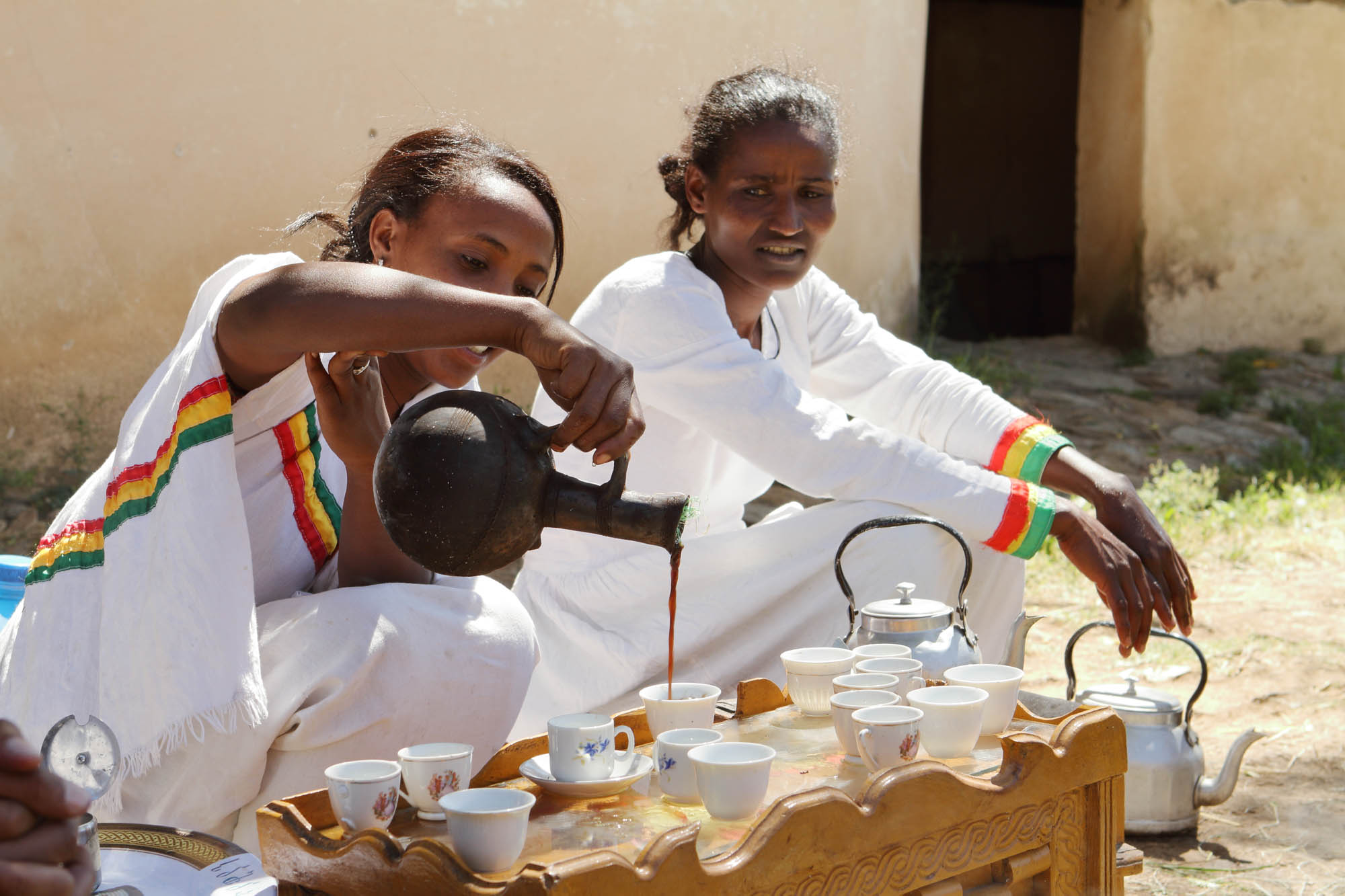 Austria is famous around the world for its elegant cafés and cosy coffee shops, especially in the capital, Vienna. And it’s not just the delectable cakes that draw in the punters; it’s the coffee, too. “Viennese Coffee House Culture” has even been inscribed by UNESCO as a mark of Austria’s “intangible Cultural Heritage”. The Weiner mélange is essentially an espresso topped with steamed milk and foam. Ask for whipped cream and cocoa powder to finish it off if you’re feeling hungry – the whipped cream also insulates the coffee below, keeping it warm. 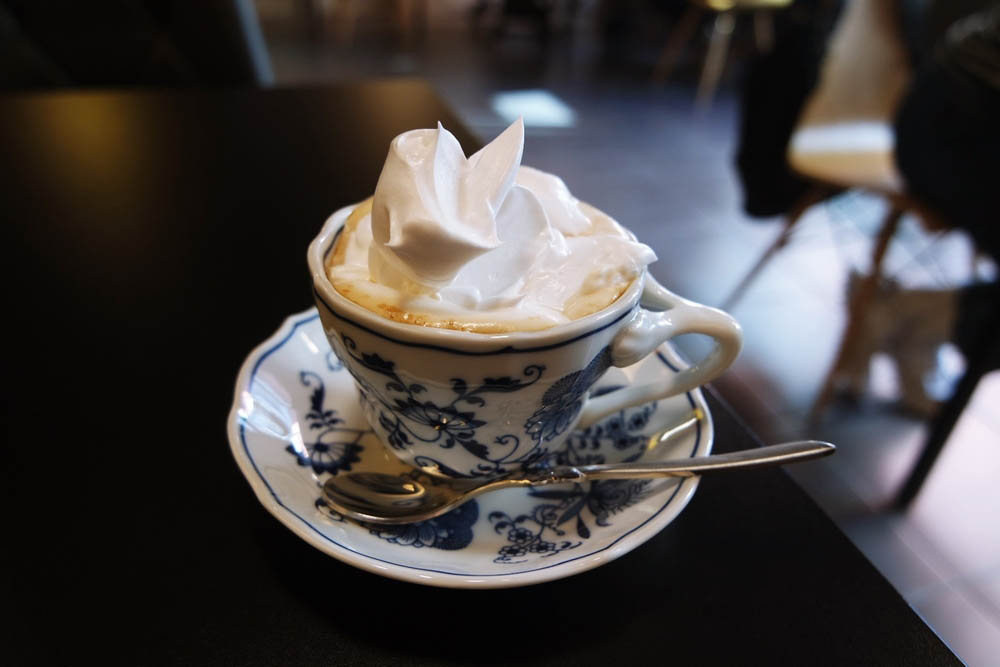 Similar to an espresso – but even stronger – a cafezinho is a hallmark of Brazilian hospitality, offered to visitors to any home. Thick, strong and brewed through a special cloth flannel filter, it is served super sweet, though the sugar is added early on as part of the brewing process. Generally drunk without milk or cream, this is a caffeine hit to savour. 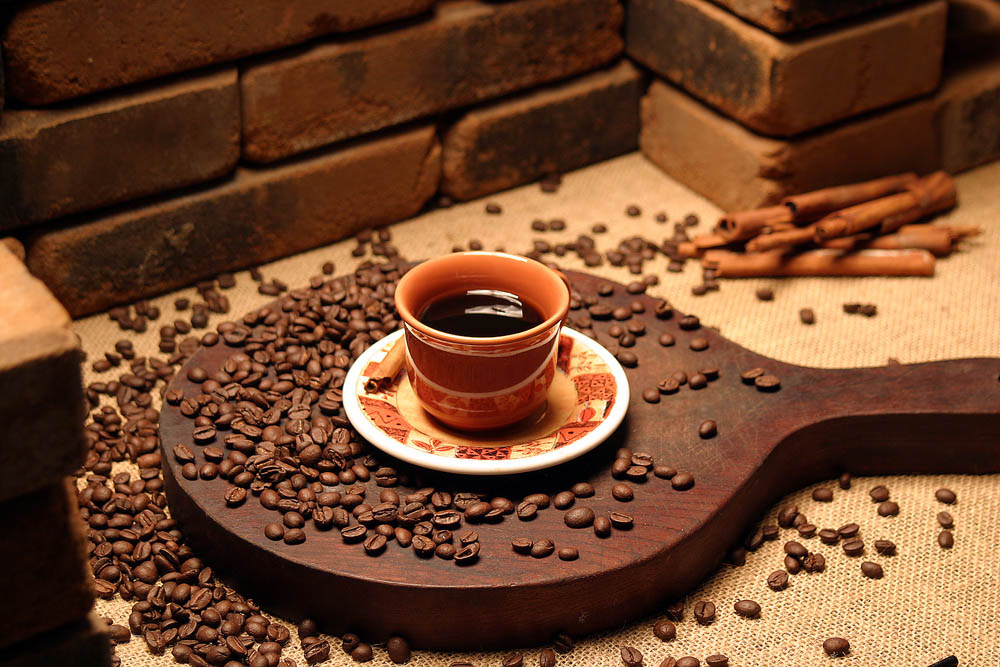 A winter bone-warmer, the Irish coffee is perfect for anyone looking for a coffee with a kick. Made with hot coffee, Irish whiskey and lashings of thick cream, the drink was invented by a man named Joseph Sheridan back in 1942. 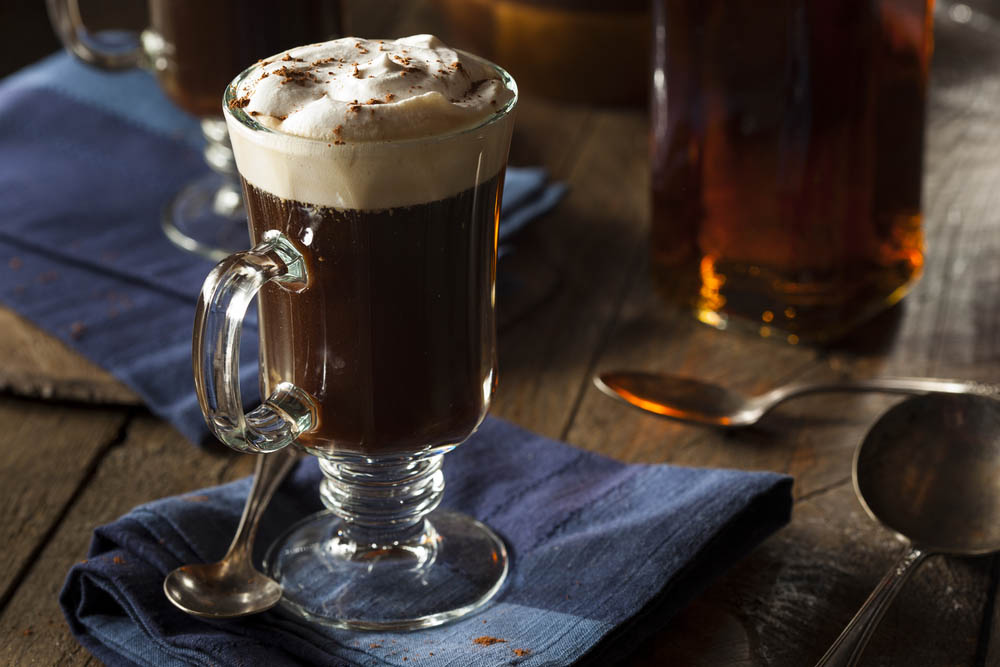 Italians are serious about their coffee, and certainly know how to make a brew. But look beyond the cappuccinos and lattes and there are more gems to discover. How about mixing Italian coffee with another famous Italian delicacy, for instance: gelato? This classic Italian combo involves pouring hot espresso over a generous scoop of ice cream. Variations to the dish include adding a shot of liqueur to the mix, such as amaretto or Bicerin. 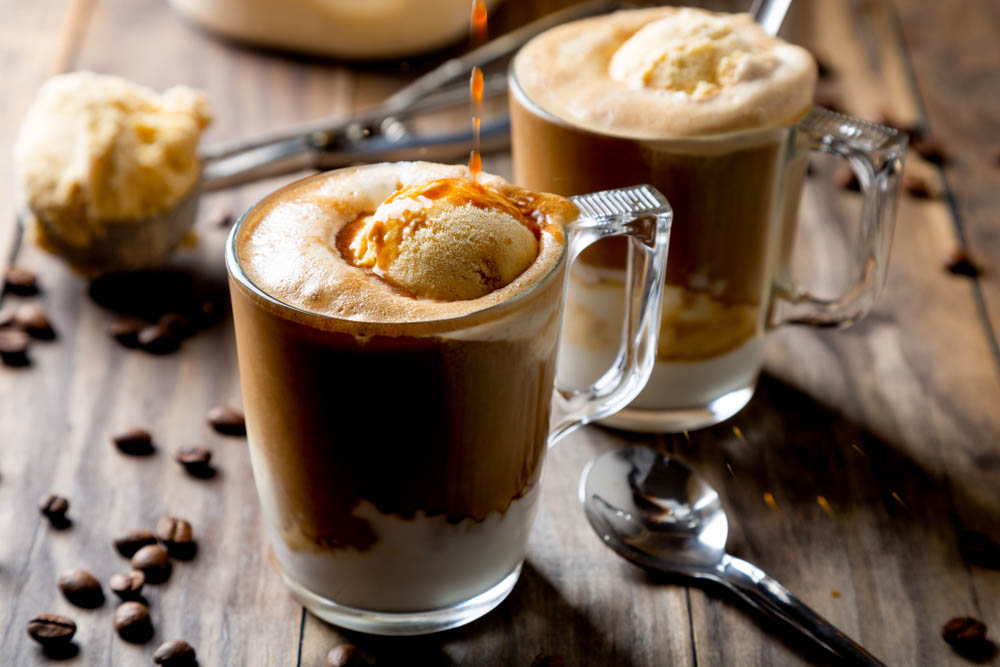