10 foods to try in Colombia

Colombia has exploded onto the travel scene in the last decade. Here, we explore the nation’s fabulous and underrated cuisine, bringing you 10 foods to try in Colombia. 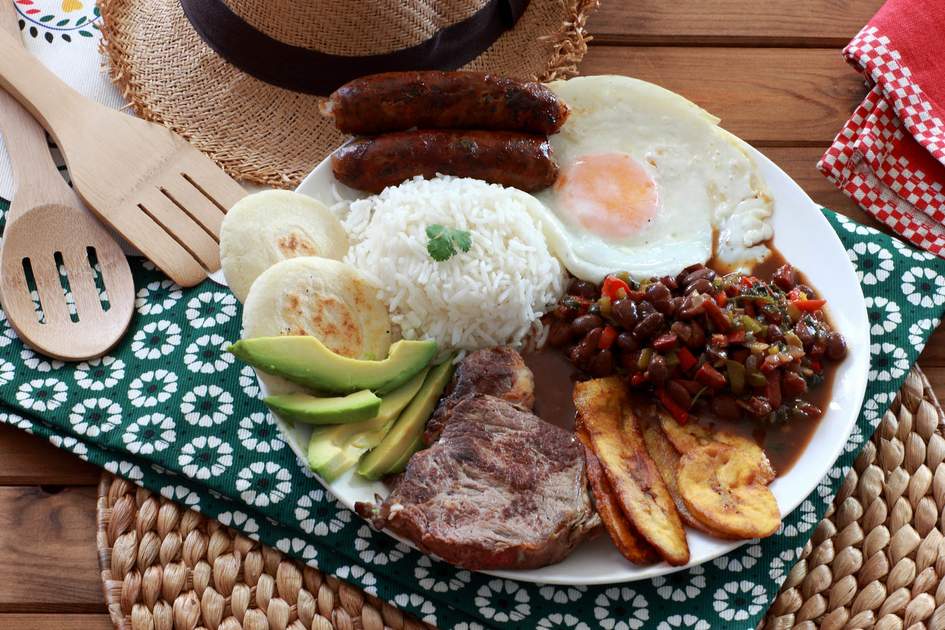 With its tanged rainforests, colourful colonial cities and pristine beaches where the palms hold sway, Colombia is one of South America’s top draws. Long embroiled in a bloody civil war, with violent headlines to match, improved security and a fledgling tourist industry are bringing visitors to its shores once more.

Like much of South America, the food in Colombia is seriously underrated. A range of ethnic influences add to the cooking pot, with flavours borrowed from Spain, Africa and the Middle East. Dishes tend to be heavy on pork, beans, corn, chicken and rice; stews and fried snacks are ubiquitous, too, while meats are usually served grilled. Paying homage to the country’s culinary treats, here are 10 foods to try in Colombia.

The Bandeja Paisa is one of the most quintessential Colombian foods. Served on a large plate or platter (Bandeja literally means “tray”), it hails from the Antioquia region (home to the city of Medellín) and resembles a humungous fry-up. Steak, rice, chicharrones, red beans, egg, avocado, ground beef, an arepa, plantain and black pudding jostle for space on the plate. Arrive hungry or face defeat.

Eaten alone or as part of a meal, travellers to Colombia are guaranteed to have eaten mountains of arepa by journey’s end. Essentially a pancake made of dough or corn, the humble arepa is served either roasted or fried. You’ll find endless variations of the dish across Colombia – and South America more widely. In Colombia’s Caribbean region, for instance, they are served with a fried egg inside, while other regions serve theirs stuffed with milk curd, cheese, vegetables or a range of sauces. 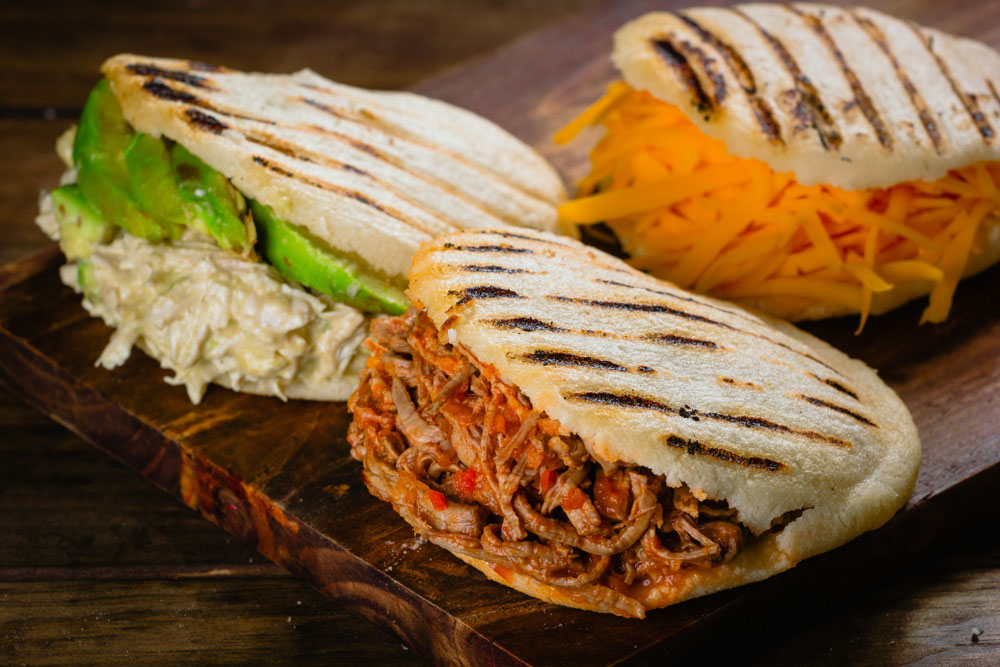 Stews are an integral part of Colombian cooking: eaten for breakfast, as a starter or shared between the family, these are hearty, belt-busting dishes to sate even the most voracious appetite. Sancocho is prepared and eaten across Colombia, containing some or all of the following ingredients: beef, chicken, fish, potatoes, plantain, yucca, corn and vegetables; it is commonly served with white rice and avocado.

High up in the Andes, in the region that hosts the capital, Bogotá, the dish of choice is Ajiaco, another hearty stew. Made with chicken and potatoes, the key herb here is called guasca – technically a weed, but imbuing a delicious subtle flavour similar to artichoke. 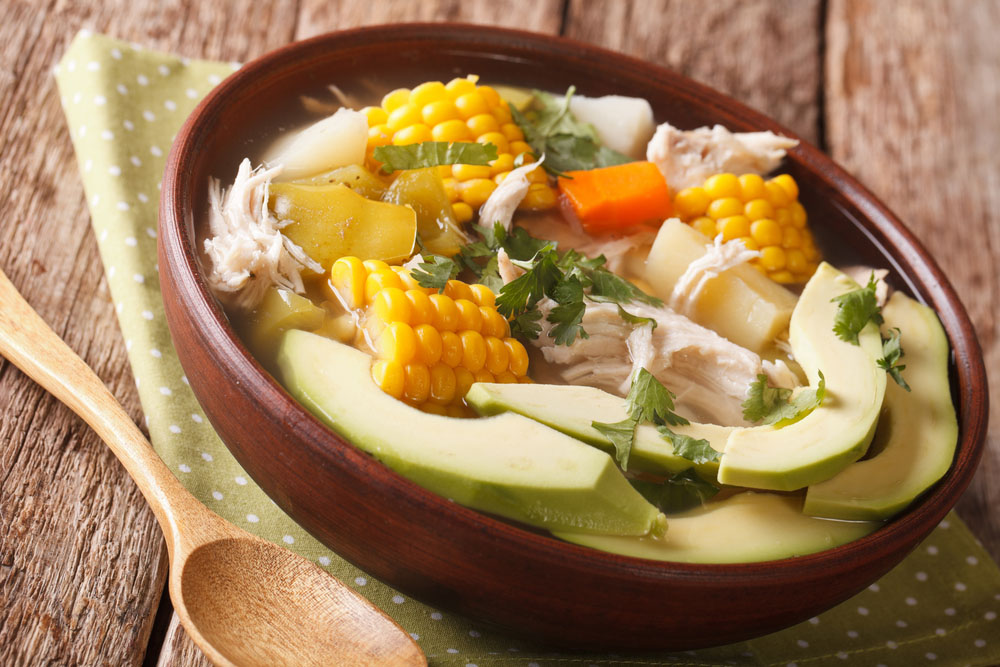 You won't have to walk far in any Colombian town or city before you come across a stall selling empanadas. These deep-fried pockets of pastry – a bit like a Cornish pasty – can contain any number of fillings, from beef to cheese, chorizo to chicken. Whatever the flavour, one thing’s for certain: they’ll be served with ají criollo, a spicy salsa for dipping. 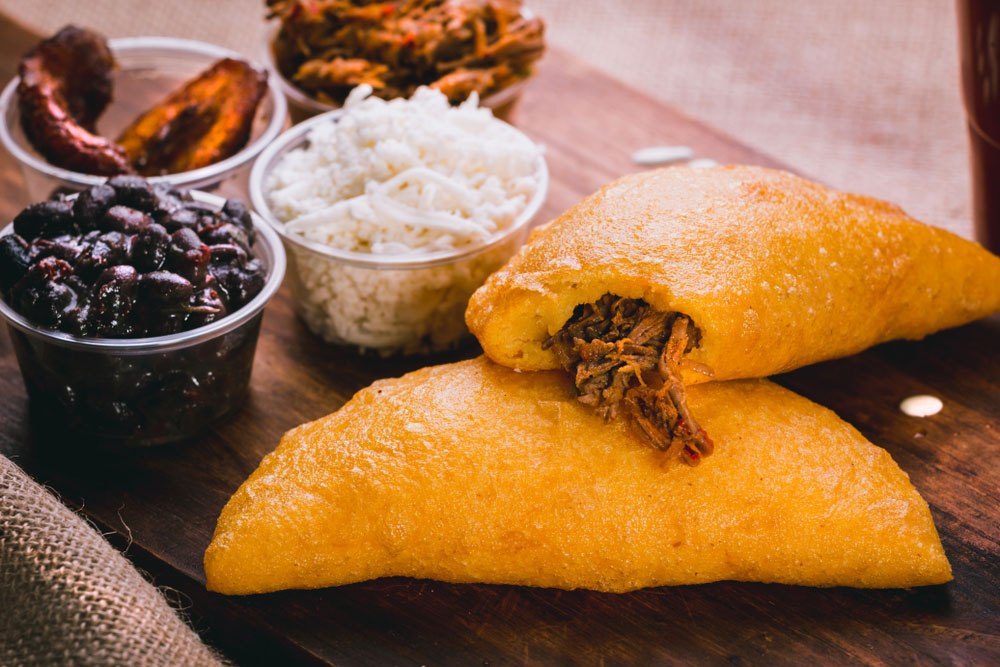 In a country famous for its soups and stews, this one is especially dense and filling. A Caribbean delicacy, mote de queso is – naturally – heavy on cheese. The cheese in question is a hard cheese from the coast, which is mixed with yam, garlic, lemon and onion to create this local speciality. Cheese soup might not sound too appealing, but let curiosity get the better of you this time.

A taste bud-tantalising snack from Colombia’s Caribbean region, carimañolas are fried cassava rolls stuffed with meat, chicken or cheese. The best are served piping hot, with lashings of dipping sauce. 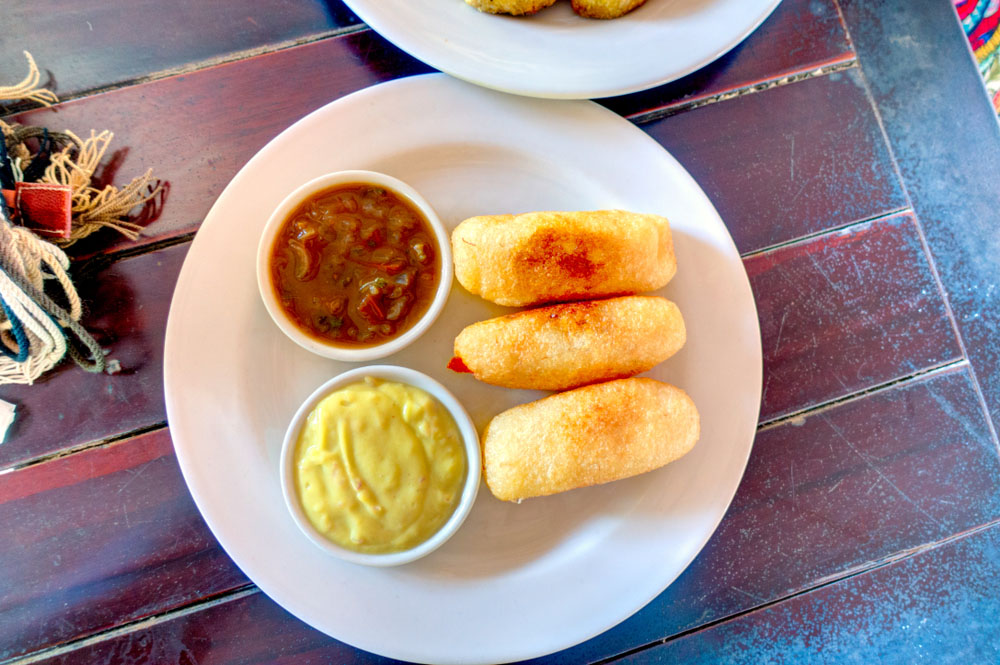 With a tropical climate and swathes of fertile land underfoot, Colombia’s colourful offering of fresh fruit really is something to write home about. From bananas and pineapples to tropical fruits you’ve never even heard of – think: soursop, uchuva, feijoa, nispero and lulo – you’ll be spoilt for choice. Get them fresh from the market or blended into smoothies, desserts and ice cream. Getting your five a day has never tasted better.

One of the most traditional Colombian foods, tamales are made from masa, steamed and wrapped in a corn husk or banana leaf and filled with red meat, chicken, vegetables and/or rice. There are more than fifty different types of tamales, hailing from all over the country, and they’re not hard to find, either: you can pick them up at restaurants, panaderías and local markets. 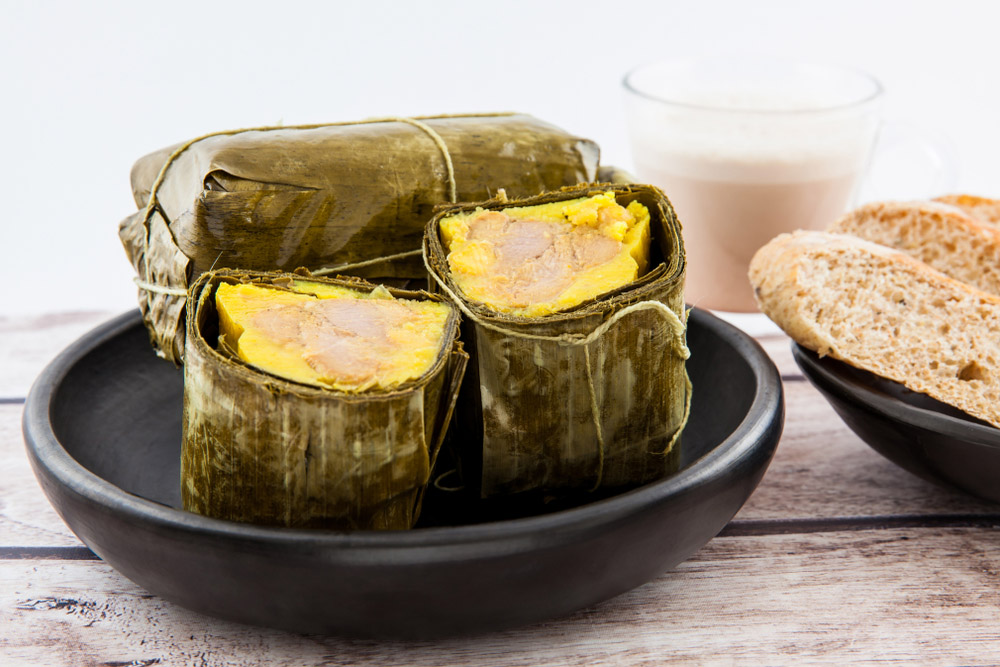 If you think you’ve got a good sense of what food in Colombia looks like, why not try something a little bit different. There are plenty of unusual foods and flavour combinations, many betraying the national inclination to mix sweet and salty foods. It’s totally normal, for instance, to eat your hot dog with pineapple sauce, your hot chocolate with cheese, your chicken soup with banana. Give it a go: when in Rome, and all that.