10 of the world's most beautiful national parks

The world's national parks harbour abundant incredible landscapes, from volcanoes and glaciers to mountains and coral reefs. A huge variety of flora and fauna – often some of the rarest – also flourish in these unique ecosystems. Here is our guide to the world’s most beautiful national parks. 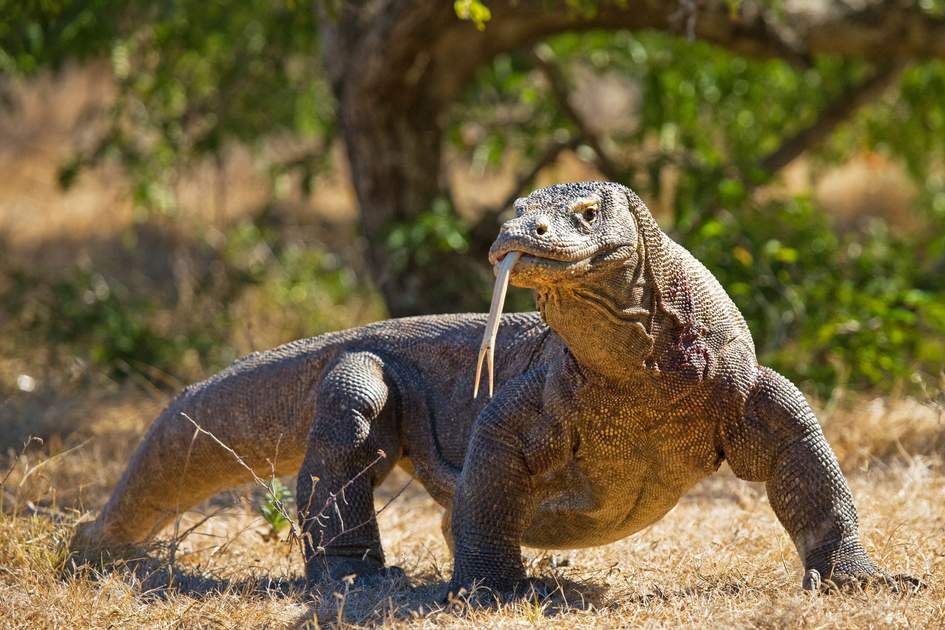 Costa Rica has set the global standard for ecotourism and continues to raise the bar with its promise to be the first carbon neutral country by 2021. This Central American nation is home to more than 25 national parks, of which the most visited – by both visitors and locals – is Manuel Antonio National Park. The best way to explore this wilderness is along the walking trails set out throughout the park, where you can meander through tropical rainforests, mangrove swamps and out to some stunning beaches. Hiking trips with local guides can reveal the numerous protected species that the park’s diverse habitats support, such as monkeys, sloths, tree frogs, wild orchids, hummingbirds and flying fish. 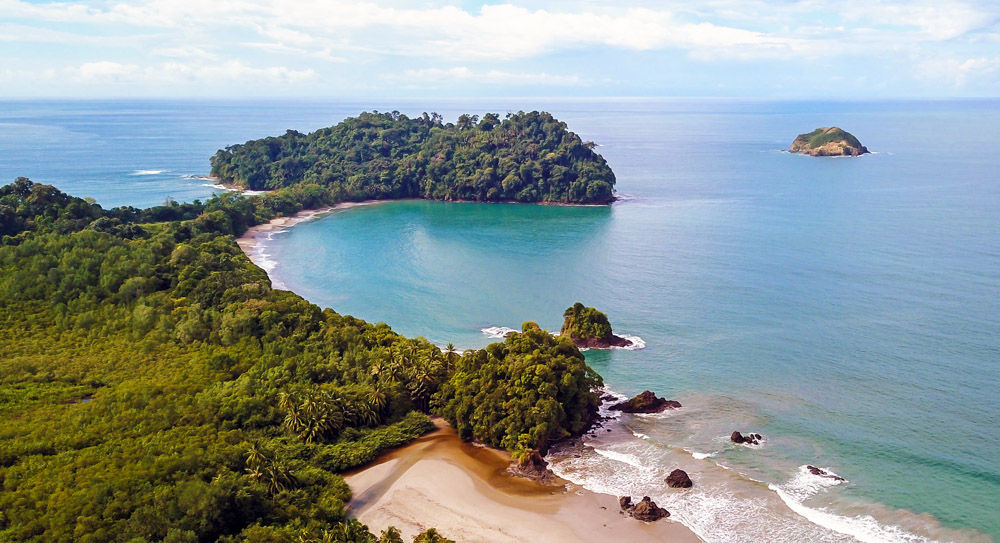 Galápagos National Park is the embodiment of the national park ethos. It is home to unique species that have evolved to live in harmony with their volcanic and marine surroundings. Species such as the marine iguana and Darwin’s finches helped Charles Darwin develop his groundbreaking Theory of Evolution. You can visit his former Research Station on Santa Cruz.

Not only have the 13 major islands of the Galápagos helped unique species evolve, but they have become a place where life flourishes, with more than 95% of the islands currently protected by their national park status. Galápagos fur seals, marine and land iguanas and Galápagos giant tortoises can frequently be seen lounging on the warm volcanic rocks, playing in the harbours and strolling through grassland or along the roadside. Underwater, around the islands of Darwin and Wolf, it is possible to get caught up in a frenzy of hundreds of scalloped hammerheads or be confronted by a majestic whale shark. 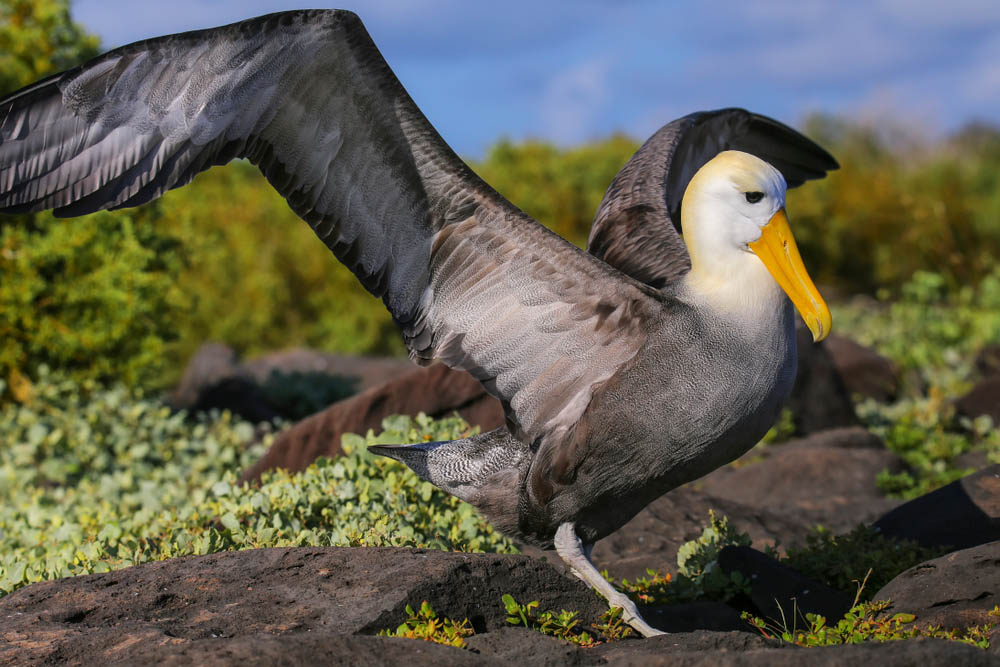 At up to three metres long and weighing up to 70kg, the Komodo dragon is the world's the largest living lizard, and is protected within the confines of Komodo National Park. Spread over the three main islands of Komodo, Padar and Rinca, this national park was originally set up to protect these powerful creatures. It has also helped to protect other species of flora and fauna on the islands, and life underneath the water's surface.

The majority of land has a hot dry climate, an ecosystem in which the Komodo dragon flourishes, preying on vulnerable horses, water buffalo and wild boar that roam the plains. Small areas of cloud forest exist in the higher reaches, easily identifiable by moss-covered surfaces and bamboo shoots. However, it is what lives beneath the water surrounding these island that attracts the most tourists. Located in the centre of the coral triangle, the reefs are home to manta rays, sunfish, dugongs, pygmy sea horses, blue-ringed octopi, a variety of shark species and countless colourful tropical fish. You can visit the park on a Komodo dragon boat cruise as part of Insight Guides' Indonesia Island Hop trip. 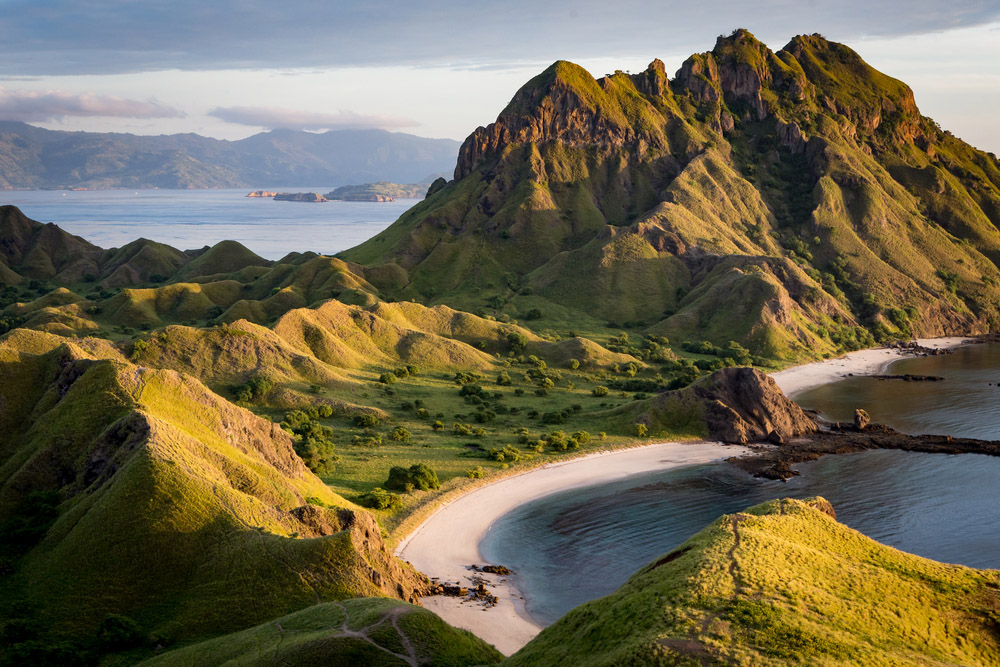 Ranthambore Fort offers the best views of Ranthambore National Park in Rajasthan, India. On ascent of the approximately 200 steps, it is worth keeping a look out for wildlife. At the top of the steps lie the remains of the 10th-century fort, now covered in moss and engulfed by tree roots. Among the buildings are temples, barracks and the city walls. Vultures and serpent eagles soar through the sky at eye level, above an expansive verdant forest. Langur monkeys are the main inhabitants of the ruins, but large cats such as tigers and leopards have also been spotted at the ancient site. Throughout the jungle, the big cats are joined by hyenas, sloth bears, Indian wild boars, flying foxes and long-eared hedgehogs. Experience exciting morning and evening trips to the park as part of Insight Guides' Indian Wildlife Safari trip. 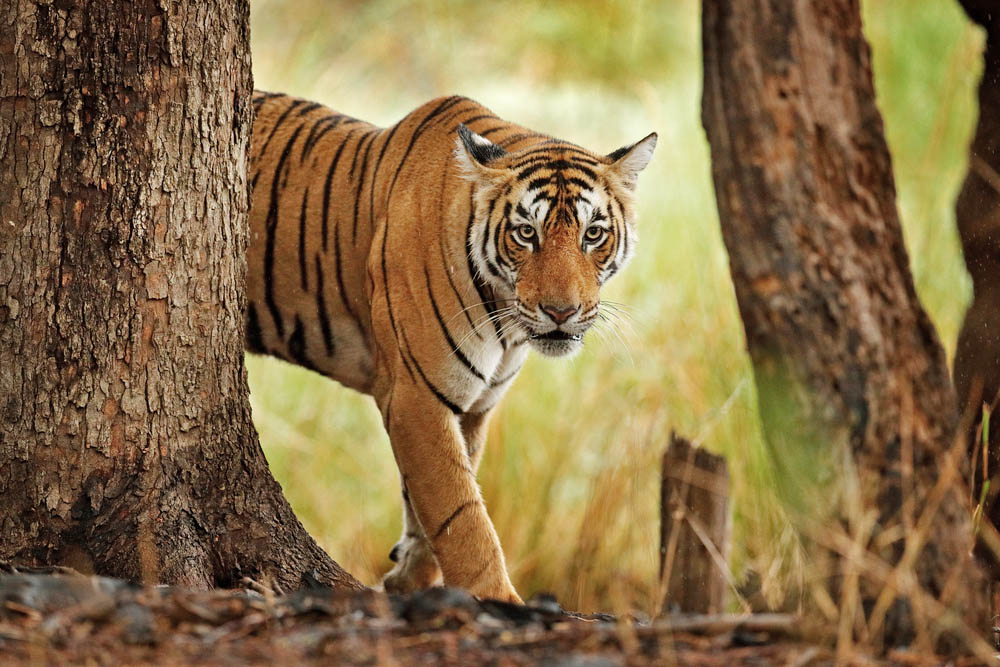 South Africa is known for its game reserves and national parks, annually attracting numerous travellers hoping to catch a glimpse of the Big Five (elephants, lions, rhinos, leopards and buffalo). One of the most well-known of these national parks is Kruger, located on the border of South Africa and Mozambique. In addition to the Big Five, there is also the possibility of seeing the African civet, the African fish eagle, the caracal, cheetahs, giraffes, wild dogs and baboons. Safari tours offering the opportunity to stay in one of the many lodges within the park's confines are the easiest way to discover its incredible wildlife. Insight Guides' South Africa’s Big Three trip offers evening and early morning trips to Kruger in order to have the best opportunities of viewing the Big Five. 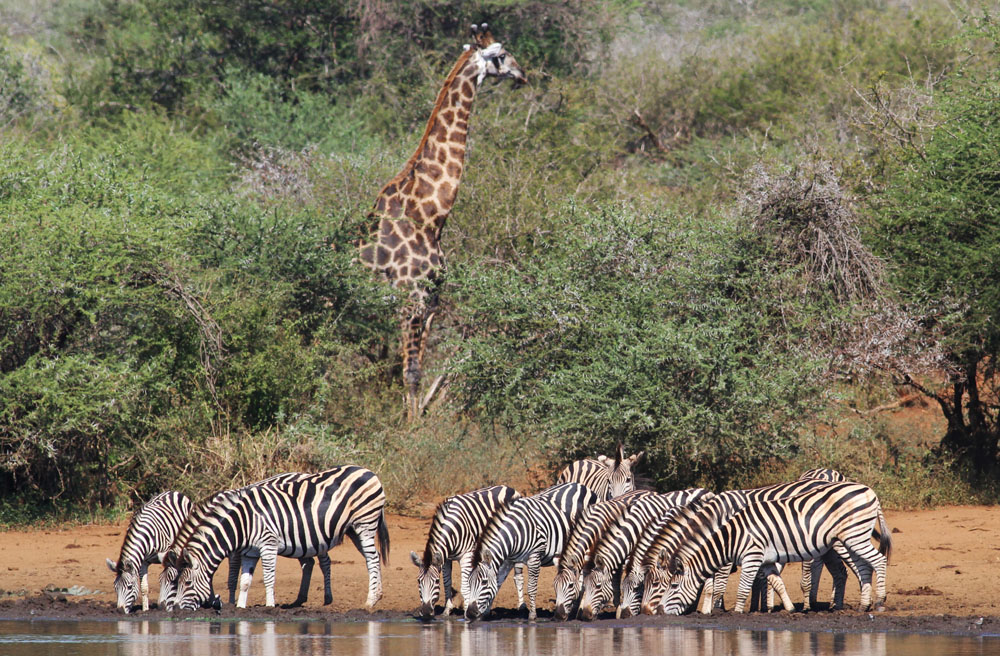 Yellowstone became the world’s first national park in 1872. Today, in the United States alone, there are around 60 protected areas. The decision to designate Yellowstone as a national park was made to protect its unusual land formation and features, which were created by the movement of tectonic plates. Mudpots, geysers, hot springs and steam vents are all present in the park's terrain, along with mountains, lakes and forests.

Yellowstone covers a vast area of 3,471 sq miles (8,991 sq km), so is best explored by car. Short hiking routes to viewpoints and the major natural sights offer pleasant breaks from driving, and are all rewarded by the spectacle at the end. Top of the list are the Grand Canyon of Yellowstone River, Mammoth Hot Springs and the Norris and Old Faithful geyser basins. Forests here are temperate evergreen, supporting wolves, bears, bison and elk within their ecosystems. 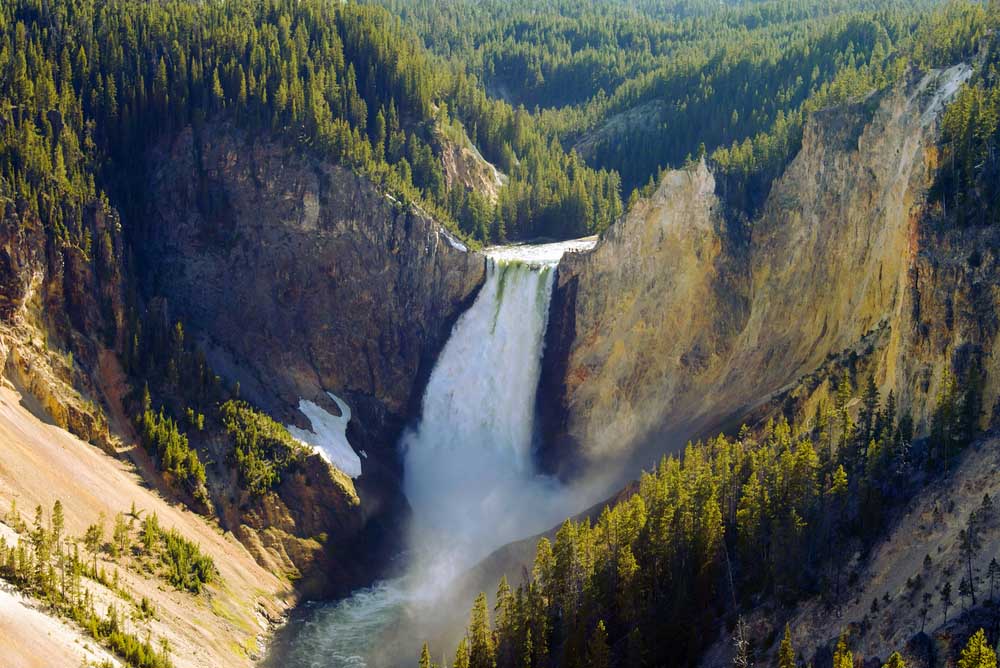 Yala is the second largest national park in Sri Lanka. Located on the country's south-eastern coast, the park harbours numerous ecosystems, from forests to wetland, scrub to beaches and lagoons to grassland, each of which are home to differing species of flora and fauna. The main two animals to see here are the endemic Sri Lankan elephant and the Sri Lankan leopard. However, with around 215 species of bird, the park is also a birdwatcher's dream. More than 90 bird species inhabit the wetlands – most of which are migratory – including pelicans, flamingos, egrets and herons.

Only a small area of Yala National Park is open to visitors and tours must be guided. However, it is still possible to visit every ecosystem. Tours take in walks along the golden sandy beaches, pass through small sections of the rainforest and stop at viewpoints in order to observe the wetlands. Insight Guides' Wild and Wonderful Sri Lanka trip includes three days exploring this untamed wildlife sanctuary, staying in an ecolodge complete with a campfire. 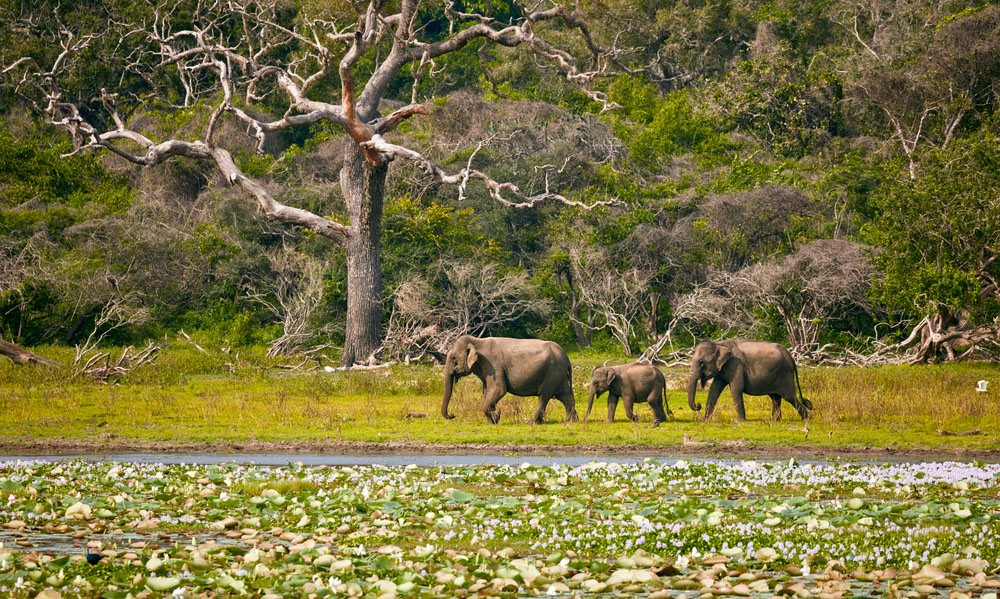 Located on the southwest coast of Cuba and home to the infamous Bay of Pigs, the Peninsula de Zapata National Park encompasses a varied landscape of swamps, mangroves, forests and beaches. The park was designated to allow important and rare species to survive. As such, it is one of the least inhabited areas in Cuba. Crocodiles, caimans, manatees and birds inhabit the swamps, mangroves and marshes, while off the coast in the Caribbean Sea, colourful coral and sponges thrive, creating a habitat for hundreds of tropical marine species.

The best dive sites are located between Playa Larga and Playa Girón, where you can enter the crystal-clear water from the beach, and immerse yourself into a vast coral reef ecosystem. Cueva de los Peces, a 70-metre (230-ft) -deep sinkhole, is also located along this stretch. Laguna del Tesoro, a large lake, is another attraction within the park's confines. Small islands on the eastern side of the lake support wooden huts, created to resemble a Taino Village. 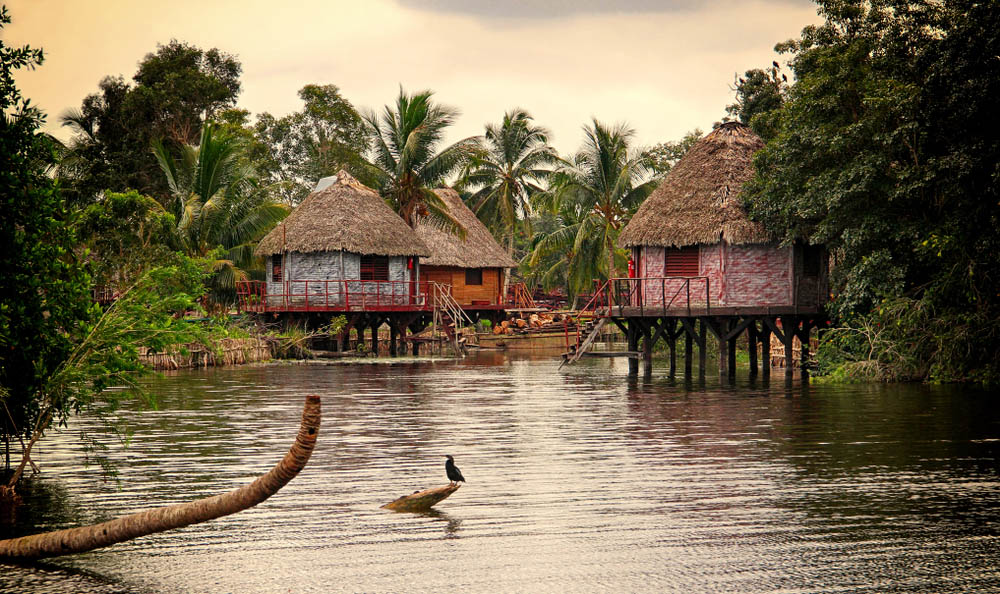 On the southwestern coast of Thailand is Khao Sak National Park, an area that has been protected since 1980. The wild landscape consists of native rainforest, waterfalls, mountains, lakes, limestone cliffs and karsts. The climate is wildly influenced by the Indian and Pacific oceans, which conjure monsoons that regularly pour down on this thin land bridge. Thanks to these downpours Khao Sak has the highest rainfall rate in the whole of Thailand, making the forests of bamboo, banana and coconut palms, and fig trees thick and lush. A wide variety of animals can be spotted in this verdant landscape, including tigers, cloud leopards, gibbons, tapir, elephants, and bats. A visit to this expansive national park offers the opportunity to explore the mountainous terrain on guided tours, kayak down meandering rivers and walk along barely trodden paths. 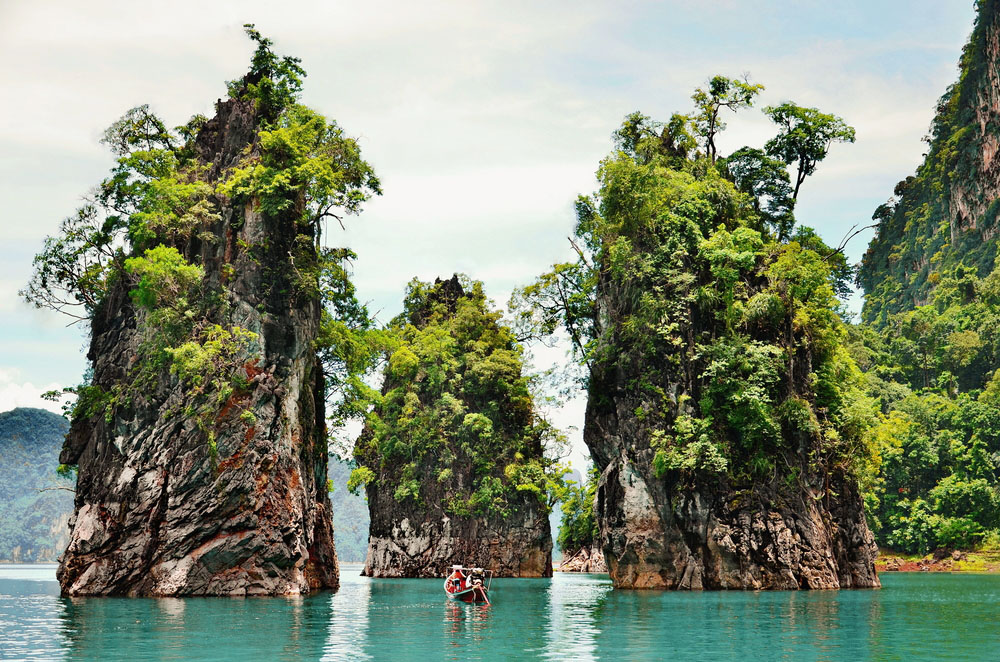 Sagarmatha means 'sky' in the Nepalese language, which is exactly where Sagarmatha National Park is located. Sitting high in the Himalayas, the altitude of the park varies between 2,845–8,848 metres above sea level; the highest point of the park is the highest point on earth, the peak of Mount Everest. Designated as a national park in 1976, this harsh environment of glaciers, rocky terrain, steep valleys and gorges is fairly inhospitable, however some species of flora and fauna still manage to thrive here. Forests of pine, hemlock, and bamboo create habitats for rare species such as snow leopards and the lesser pandas, as well as the Himalayan black bear, wolves and musk deer. The desolate upper reaches of the barren mountains grow limited foliage of lichens and moss, supporting few animals besides the birds soaring through the sky. 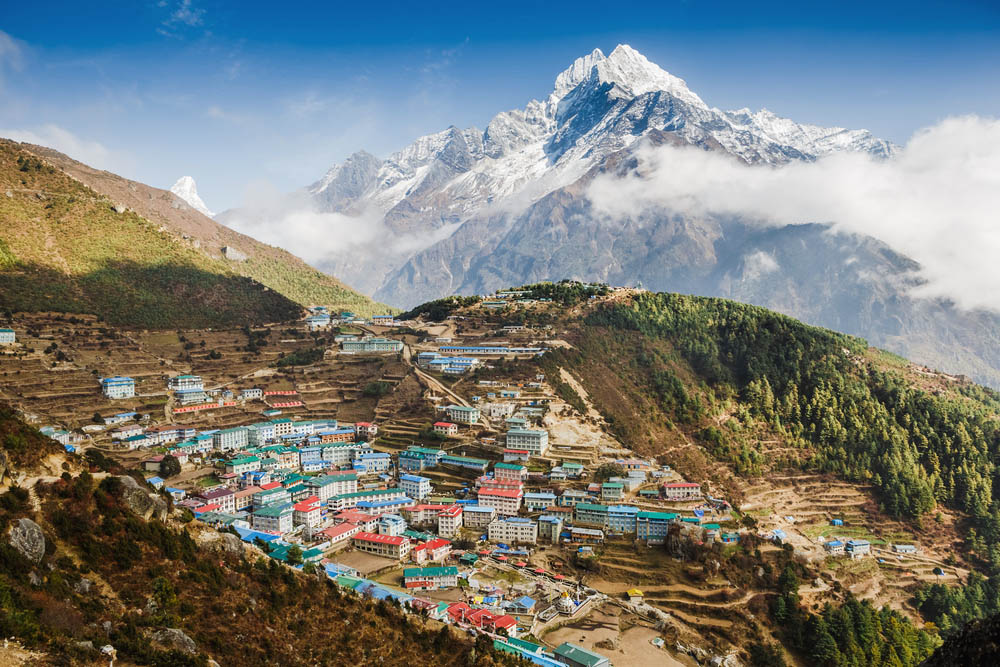 Ready to book a trip to one of the world's beautiful national parks?

Insight Guides' local experts can help you organise and book wonderful tailor-made trips to destinations around the world. Simply get in touch to share your ideas for the trip and let us know when you would like to travel. We will then prepare a personalised itinerary especially, which you can amend until you’re completely happy with every detail before booking.