7 unique things to do in Iceland

Iceland is a place of dramatic contrasts: bleak and blasted, yet intensely beautiful, full of grinding ice and fiery eruptions, with a compact capital city that generates a huge amount of quirky, energetic culture. Here is our guide to 7 unique things to do in Iceland. 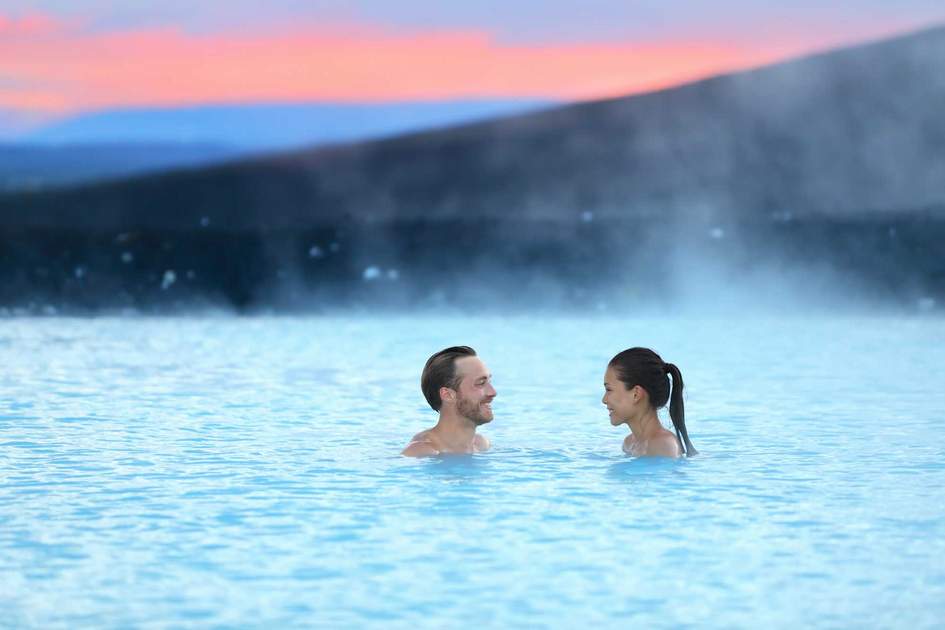 Warm your bones in a geothermal swimming pool

Thanks to the country’s lively geology, Iceland has an abundance of naturally heated geothermal water, which is used to create swimming pools. There are more than 120 municipal swimming baths in towns and villages, each with its own character and quirks, as well as naturally occurring hot springs, rivers and mountain pools.

The Blue Lagoon is the most famous of Iceland’s geothermal pools – a dreamy, steamy spa complex that epitomises the country’s faintly unearthly reputation. Small wooden bridges criss-cross the lagoon’s blue-white waters, a cave-like sauna is carved into the lava, and a thundering waterfall delivers a pounding massage. There are plenty of other fantastic complexes, including Mývatn Nature Baths and Nauthólsvik geothermal beach. You can take in some of Iceland’s most alluring geothermal swimming pools as part of Insight Guides' Iceland: Landscapes and Lagoons trip.

The bewitching aurora borealis, commonly known as the northern lights, flashes, flickers and pulses across Iceland's winter sky like silent fireworks. This breathtaking, green light show, sometimes tinged with pinks and purples, has been the source of many a high-latitude superstition: the Vikings, for example, believed it was the Valkyries riding across the sky. The scientific explanation is no less astonishing. The lights are actually caused by streams of charged particles – ‘solar wind’ – that flare into space from our sun. When the wind comes into contact with the Earth’s magnetic field, it is drawn towards the poles, where its electrical charge agitates particles of oxygen and nitrogen in the atmosphere, making them glow.

In Iceland, the lights can be seen between September/October and March/April, with midnight being the most likely time to see them. But as with all natural phenomena, there’s no timetable and sightings are not guaranteed. Choose a cold, moonless night, and then look heavenwards and hope.

Many of Iceland’s hotels offer a northern lights wake-up call on request. The further north in Iceland you travel, the more hours of darkness at night – and therefore the greater the chance of glimpsing the northern lights. Insight Guides' The Magic of Eastern Iceland trip takes you to the far-flung Arctic Circle and the Arctic Henge – stunning places to visit even if the northern lights fail to make an appearance. 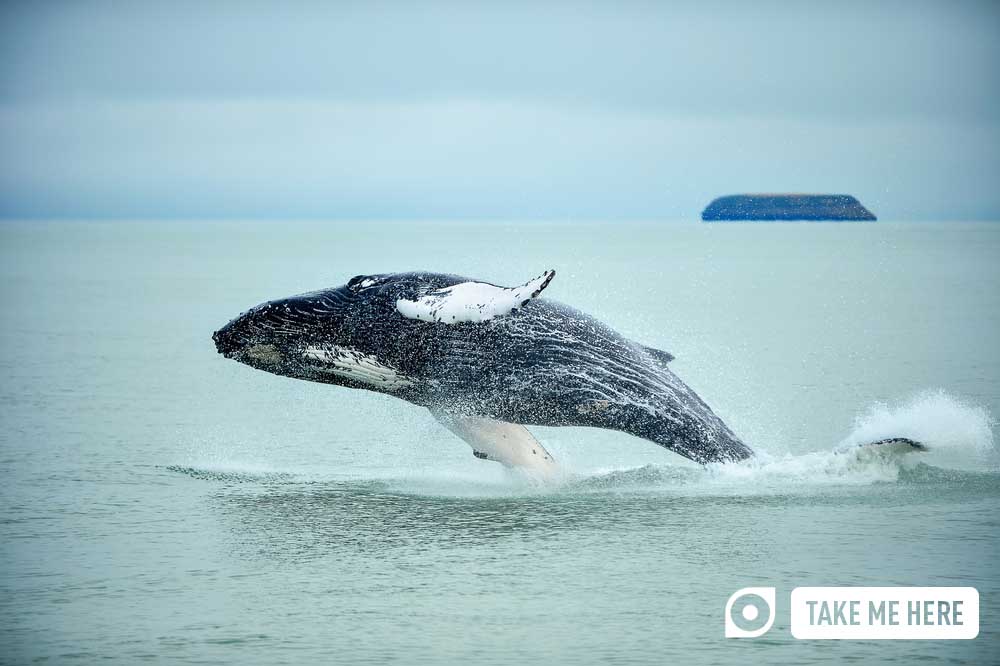 Take in the incredible wildlife

Whale watching is a flourishing industry. Boats run year round, with a 90 percent spotting success rate in summer, when migratory baleen whales swim north to feed, and calmer seas make it easier to see them breaking the surface. Icelandic waters are home to 23 cetacean species. You are most likely to see white-beaked dolphins, harbour porpoises, minke and humpbacks, or – if you are really lucky – sei, fin, blue, sperm and killer whales.

Húsavík is acknowledged as Iceland’s whale-watching capital, but there are also departures from other destinations on the north coast: the West Fjords and Reykjavík. Choose an operator who abides by the IceWhale code of conduct.

The best time for birdwatching in Iceland is from late April to early June, when staggering numbers – around 270 species – flock to their breeding sites. Puffins, gannets, gulls, guillemots and razorbills jostle for space on the guano-spattered ledges of the world’s largest seabird colonies.

Látrabjarg in the West Fjords is the largest bird cliff (and most westerly point) in Europe. Thousands of puffins nest in burrows on the plunging cliffs. There are also at least as many resident guillemots, as well as the largest colony of razorbills in the world. You can see the millions of birds at Látrabjarg as part of Insight Guides' Western Iceland: Cliffs, Coasts and Waterfalls trip.

Icelandic horses can go where even a jeep can’t, so horse riding comes highly recommended. Riding among deserted valleys and mountains, you gain real insight into the way Icelanders used to live. Icelandic horses are descended from the sturdy breed brought to the country by the Vikings, and are famous for their unique fifth gait, the smooth tölt. Hey Iceland lists operators that provide horse-riding trips and tours.

Explore Iceland’s glaciers and dramatic landscapes of peaks and crevasses

In spite of its subterranean heat, Iceland has largely been shaped by cold. In the Ice Age, glaciers gouged out the fjords, which cut into the coastline on the north, east and west, and sharpened the country’s mountain ridges into knife edges. Ice covers around 11 percent of the island’s 103,000 sq km (40,000 sq miles). However, since 1900, all of Iceland’s glaciers have been in retreat – land is currently being revealed that has been covered in ice since the 16th century.

You can traverse these frozen torrents at Skaftafell and Snæfellsjókull National Park. In fact, you can go for guided walks on most of Iceland’s glaciers in summer, with the easiest taking around two hours. You need warm clothing and sturdy walking boots. Guides will provide ice axes, crampons and advice on glacier-walking techniques. Visit Skaftafell National Park as part of Insight Guides' Iceland: The Ring Road in 10 Days trip. 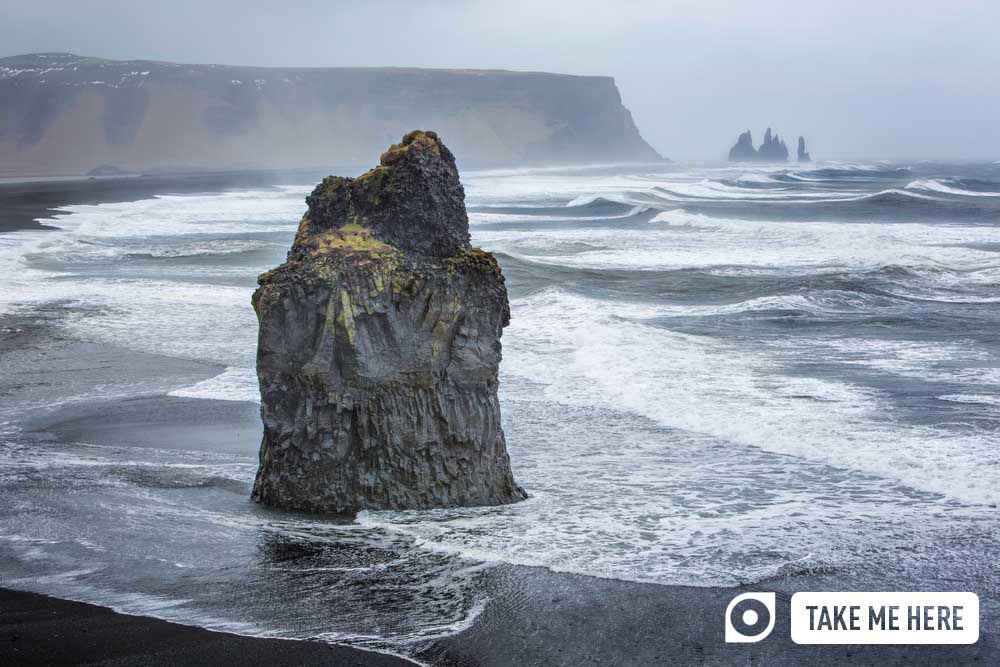 Dyrhólaey rock, near the black-sand beach at Reynisfjara. Photo: Shutterstock

Take in the spectacular scenery of the Golden Circle

Iceland may be the ultimate nature trip. Drinking water comes from pure glaciers, fish is caught in unpolluted waters and cattle graze in fields untouched by fertiliser. Most Icelander’s now live in and around the capital, Reykjavík, leaving huge swathes of the volcanically active island quite deserted. Dotted with steaming lava fields, icecaps, glaciers, hot pools and geysers, the Icelandic landscape has an elemental rawness that is difficult to forget once you've experienced it.

The rich farming land of southwest Iceland is one of the most visitied regions. Some of Iceland’s most famous attractions are within striking distance of Reykjavík, grouped together under the label of ‘the Golden Circle’. Natural wonders in the region include the dramatic waterfall Gullfoss, the Unesco-listed natural amphitheatre and birthplace of the nation that housed the Viking’s parliament Þingvellir, and the spouting hot springs at Geysir. Take in these and many more sights on Insight Guides' Iceland: The Ring Road in 8 Days trip.

Stroll along a black-sand beach

On Iceland’s south coast near Vík, the North Atlantic swell hits the land, its waves crashing dramatically on a long beach of black sand: Reynisfjara. This is probably Iceland’s most famous beach, with its jet-black pebbles and basalt columns. The beach was created by a lava flow that, reaching the ocean, cooled as it touched the water.

As you stuggle to stay upright in the wind, marvel at the fact that no land stands between you and the Antarctic. Keep well away from the water – freak waves have killed several people over the years.

Out to sea are three distinctive stone steeples, known as Reynisdrangar. Legend has it that they are trolls who were turned to stone as they pulled their three-masted ship ashore. Far more monstrous are the aggressive Arctic terns – Vík contains one of Iceland’s largest breeding colonies. Visit Vík’s black-sand beaches as part of Insight Guides' Iceland: A Game of Thrones Road trip. 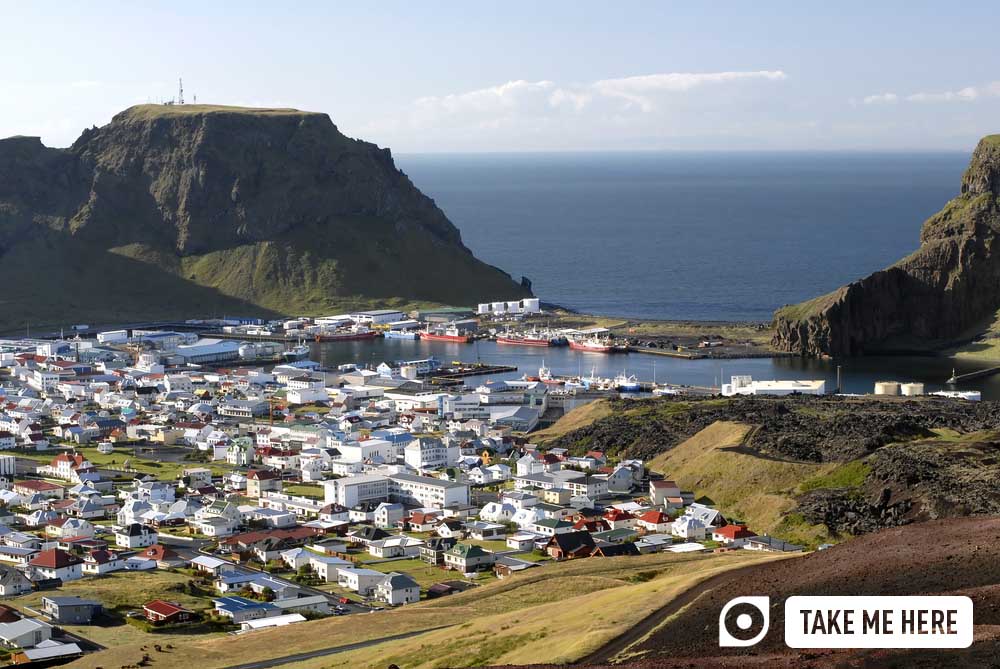 Steaming, sulphurous, lava-spewing landscape is all around you. The Mid-Atlantic Ridge, running clear across the island from southwest to northeast, is marked by a belt of volcanic craters, hot springs, steam springs, solfataras (areas of high-temperature activity) and earthquakes.

There are more than 100 volcanoes in Iceland, 35 of which have been active over the past 10,000 years – recent history in geological terms! In the past few centuries, Iceland has experienced an eruption every five years on average. Most are minor, short-lived and cause little damage. Others can cause a little more trouble. Despite an apparently flippant attitude towards volcanoes, Icelanders do not forget the threat they live with.

The friendly island of Heimaey is well worth a visit for its volcanic interest. The town’s precarious position on top of a volcano was brought into sharp focus on 23 January 1973, when a mile-long fissure cracked open without warning, and a wall of molten lava poured towards the town. By great good fortune, the entire fishing fleet was docked that night: the island was evacuated, with not a single life lost. Over the next five months, 33 million tonnes of lava spewed from the fissure, burying one-third of the town under lava and ash, devastating the island. The eruption was over by July, and residents started returning to their altered home: the island was 2.2 sq km (0.84 sq miles) larger, and boasted a new mountain, Eldfell.

Alternatively, hike up to the Mó∂i and Magni craters. Named after the sons of Thor, the craters were formed in the 2010 Eyjafjallajökull eruption that paralysed Europe’s air traffic for six days. The subglacial eruption covered everything for miles around in thick grey ash and resulted in the largest air-traffic shutdown since World War II.

You and your team are top notch!

We had an amazing stay in Iceland and definitely want to come back soon and explore some more. The itinerary was daunting but we got it all done with the exception of hiking Glymur trail. The Westfjords and the Peninsula were definite highlights but the whole trip was great start to finish.