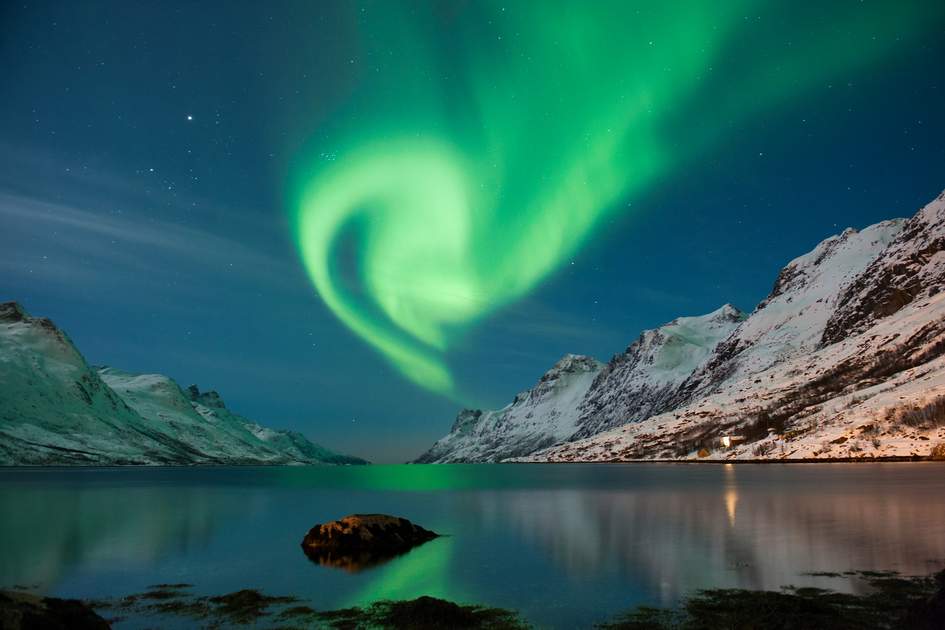 North America was abuzz last week when word got out that the Northern Lights would be making an appearance in parts of the continental U.S. The rare event got a lot of attention—the Midwest is a far cry from the Arctic Circle, after all.

The Northern Lights (formally known as the aurora borealis) occur when the sun's electrically charged particles interact with the earth's magnetic field. The result? A dazzling display of light that illuminates the velvet sky. If seeing the lights is on your bucket list, experts say that October to March represents the best time of year to catch a glimpse.

Since the far-reaching lights are visible above the northern hemisphere's magnetic pole, more than a few cities are in its path. Countries like Greenland, Iceland, Canada, and Russia are all on the list.

Before you head north, read up on three cities known for their spectacular views of the Northern Lights.

Odds of catching the aurora borealis are high in Alaska, particularly in the city of Fairbanks. Experts say that since weather conditions have to be just right to glimpse the lights (a perfect blend of darkness and clear skies), guests who stay in Fairbanks for three nights have an 80 percent chance of witnessing the phenomena.

About 100 kilometers northeast is the Chena Hot Springs Resort—a place where aurora chasers of all stripes congregate, hoping to steal a peek of the elusive Northern Lights. As the name implies, travellers can take a steam in an outdoor hot springs lake bordered by massive natural rock formations and towering forest all around. All this rests beneath one of the greatest shows on earth; the Northern Lights dancing above. 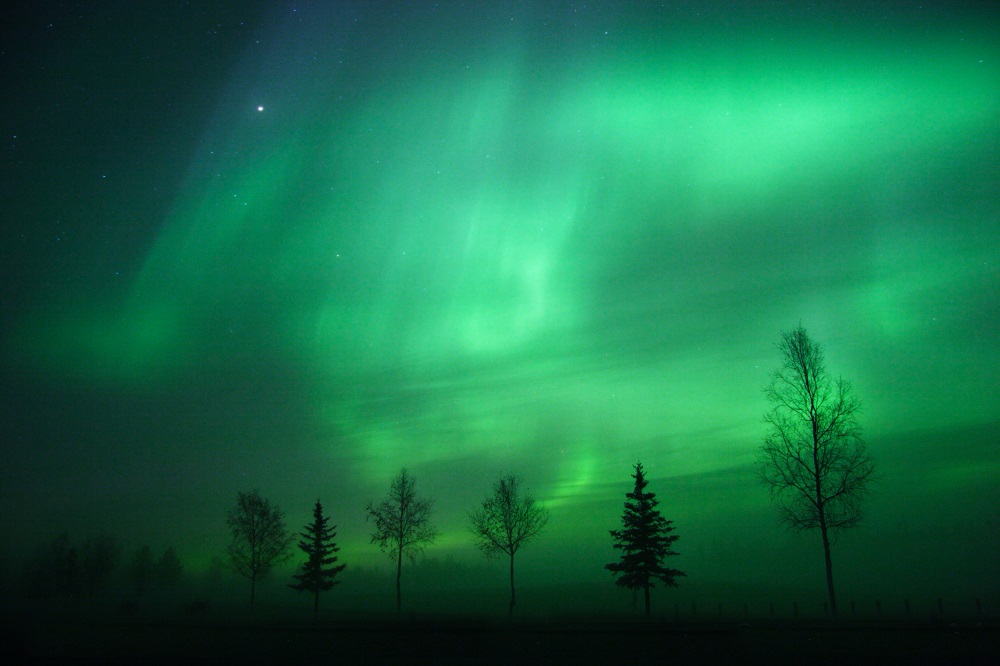 What better place to view the Northern Lights than an area that's been coined the "auroral oval?" Jukkasjärvi, located under 20 kilometers from Kiruna, is especially known for attracting those on a pilgrimage to see the lights. The village is also home to the famous Icehotel.

Half art exhibition/half resort, this winter wonderland is literally made of natural snow and ice from a wild river near the Arctic Circle. Through the hotel, guests can even experience the aurora from above with Northern Lights flights. Since Jukkasjärvi is a relatively small village, travellers can also venture out into the area's vast wilderness for a more intimate viewing of the lights. 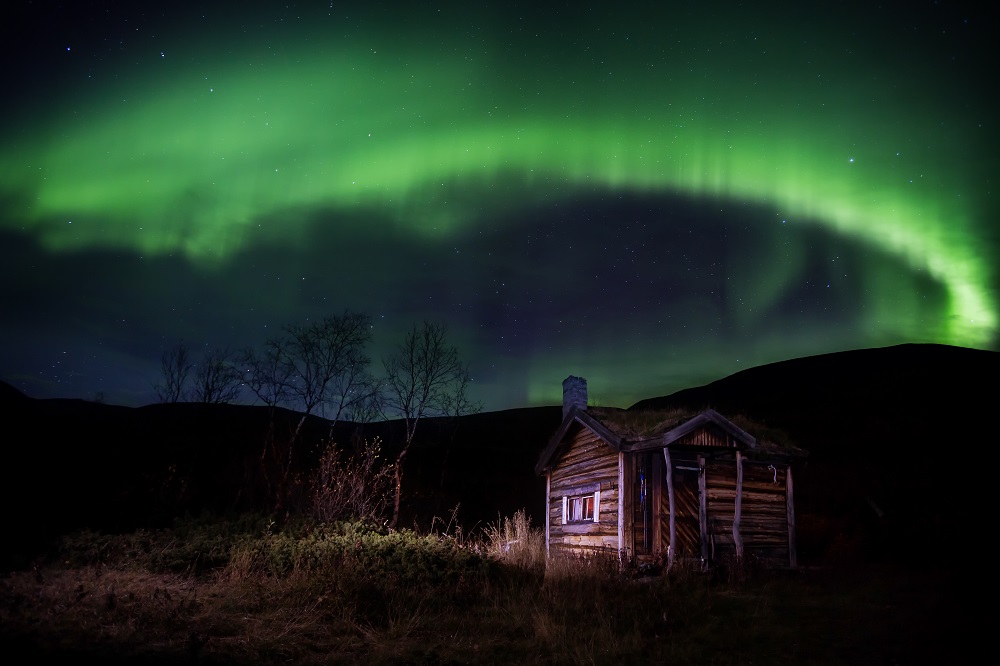 Tucked above the Arctic Circle, Tromsø is a bonafide aurora hotspot. Because it's impossible to predict exactly when the lights will appear, those wishing to catch a glimpse are often left to kill time outdoors. Tromsø is the perfect place to do so.

With loads of winter-themed activities to choose from, visitors will find plenty to do while waiting for Aurora to begin her dance. The city boasts everything from snowmobile safaris to dog-sledding adventures—all as the Northern Lights rain down from above. Those hungry for a behind-the-curtains look at the phenomena can also drop in on lectures hosted by local expert researchers. 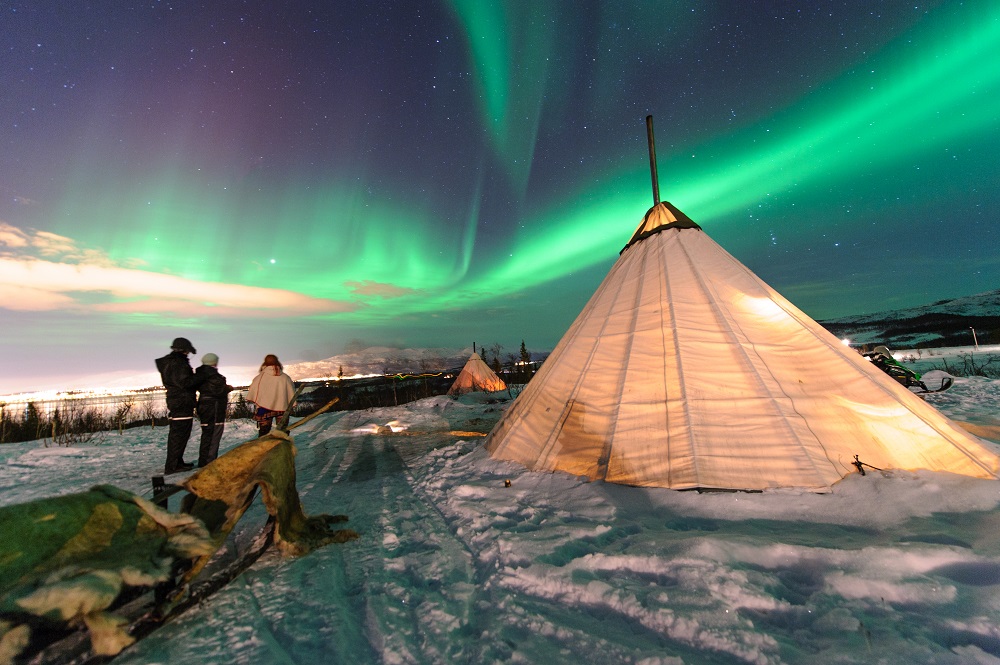