7 salt lakes around the world

The Dead Sea might be the most famous saline body in the world, but it’s by no means the only one. Here, we uncover 7 salt lakes around the world. 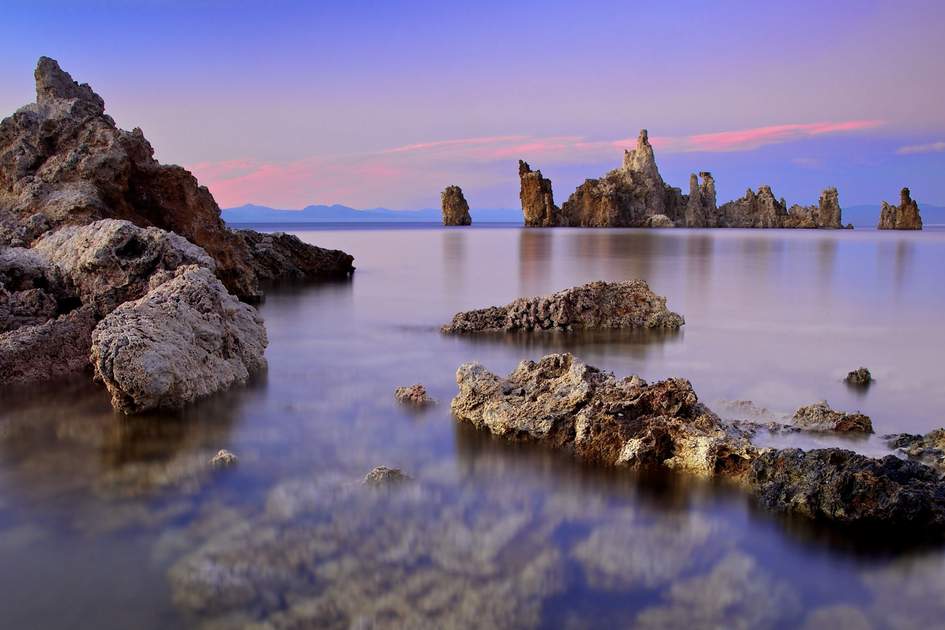 We’ve all seen the classic images of Dead Sea tourists, feet up, reading the newspaper as they bob on the water’s surface. The pictures are not a trick of the mind: they are made possible by the sea’s high salt content. While open oceans tend to contain 3.5 percent of the stuff, the Dead Sea has a whopping 34 percent salt content – Utah’s Great Salt Lake, meanwhile, has between ten and thirty percent. That makes for a whole load of salty, floaty fun. Here, we explore 7 of the greatest salt lakes around the globe.

The most famous of the lot, the Dead Sea – also known as the “Salt Sea” – is the natural place to start. It’s technically not a sea at all, but a landlocked salt lake between Jordan and Israel. Its waters are mainly drawn from the Jordan River, and the high salinity means no life can survive here (hence the “Dead” in its name), so don't expect any colourful fish or multihued corals. However, much amusement results from the sea’s buoyancy: bring some reading material to peruse, take to the waters and lie back – nature will do the rest. 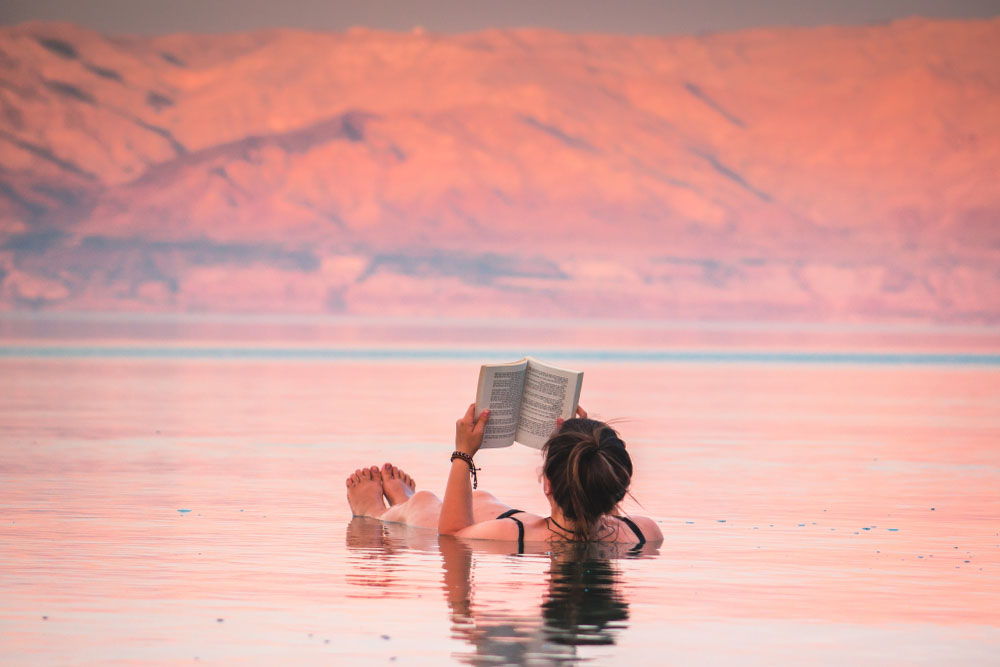 Flanked by jet-black volcanoes and striking lava fields, Lake Assal in Djibouti – in shifting hues of emerald, turquoise and blue – takes the title of being the lowest point in Africa. Vast saltpans mark its edges; the lake has long been at the centre of the area’s salt trade, on which the region’s Afar tribes still rely – though the salt caravans are now confined to the archives of history. Though the alien landscape might be inhospitable, the waters are rich in minerals and associated with umpteen health benefits. 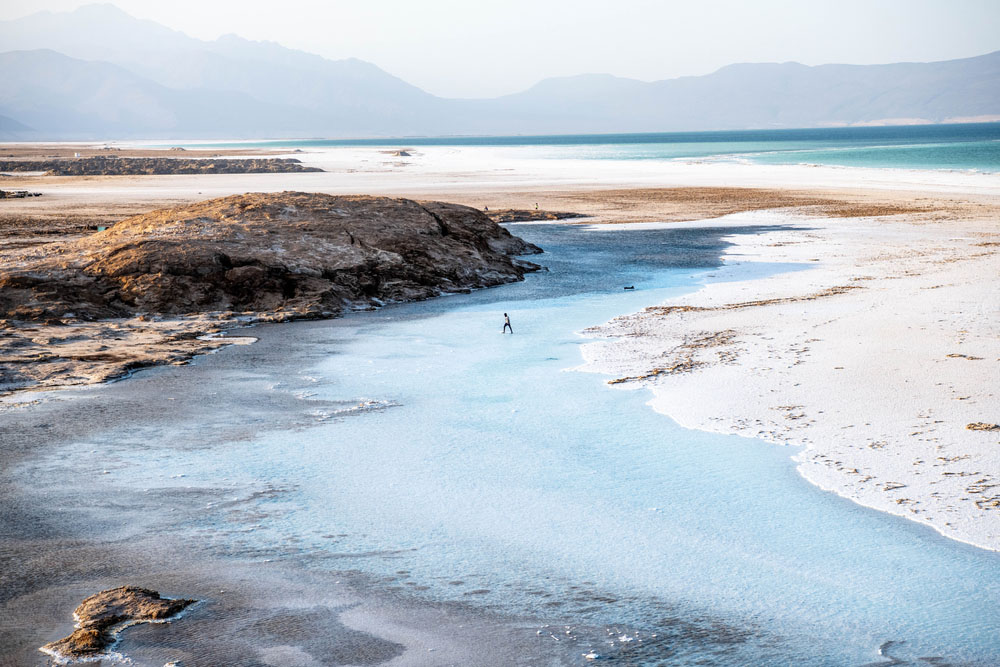 The biggest salt lake in the Western Hemisphere, and the one that gave Salt Lake City its name, the Great Salt Lake finds its home in northern Utah. As if the lake’s turquoise waters and white-sand beaches weren’t enough to tempt travellers, Great Salt Lake State Park and Antelope Island State Park both offer superlative hiking and biking, and gorgeous long views. Antelope Island lies in the south of the lake, and becomes a peninsula when water levels are low. And did we mention the sunsets on the lake? Stunning. 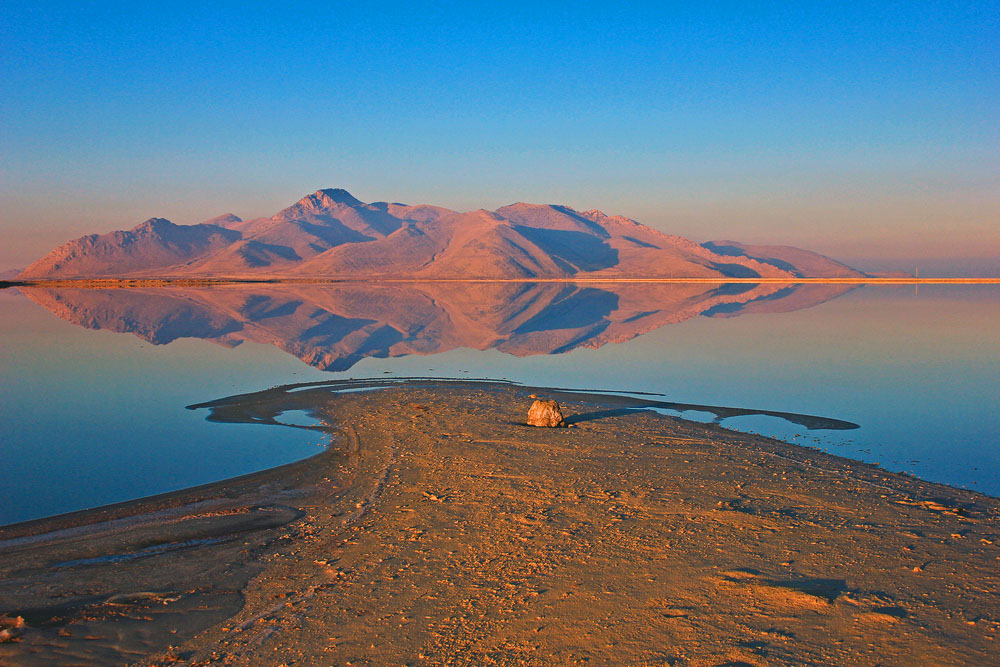 Don Juan Pond might not win any prizes for its beauty – at four inches deep, it’s little more than a briny puddle, but it is remarkable nevertheless. Its salinity content of almost forty percent makes it one of the saltiest bodies of water on Earth, meaning it doesn’t freeze even when Antarctic temperatures plummet to a bone-chilling minus fifty degrees Celsius. And with suggestions that water in a similar form could exist on Mars, there’s more than one reason for scientists to study this fascinating dry, cold environment.

The vast Caspian Sea and its diminutive neighbour, the Aral Sea, are salt lakes in Central Asia. Both bodies have been at the centre of environmental concerns in recent years, threatened by falling water levels and pollution. The Caspian Sea – bordered by Russia, Kazakhstan, Turkmenistan, Iran and Azerbaijan – is the largest inland body of water in the world at around 750 miles (1200km) long and 200 miles (320km) wide. The Aral Sea, once the fourth-largest inland water body itself, has shrunk massively since 1960, consequently raising its salinity levels and killing off the fish that once swam in its waters. 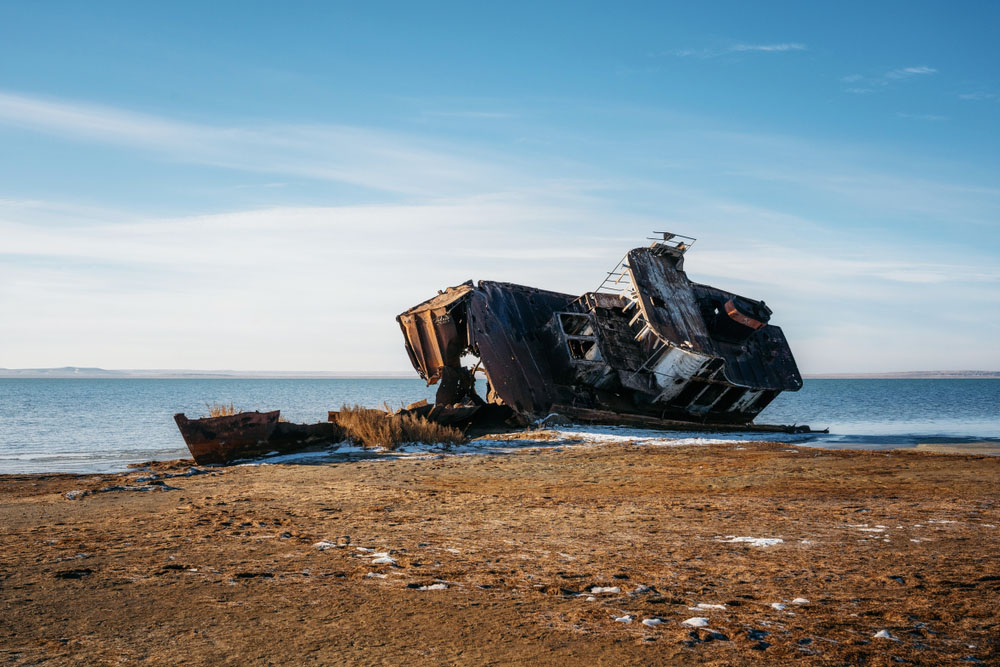 Ship remains on the shore of the Aral Sea, Kazakhstan. Photo: Andrei Bortnikau/Shutterstock

Another salt lake that has long suffered with falling water levels is Iran’s Lake Urmia. It’s now fast recovering as a result of naturally high rainfall and government action, and though it can no longer claim the title of the world’s second largest saltwater lake, it’s still one of the biggest lakes in the Middle East. Populated by brine shrimp and birds such as flamingos and pelicans, its waters are especially mesmerising when they stray from their usual aquamarine to coppery tones and even blood red – the result of halophile bacteria. 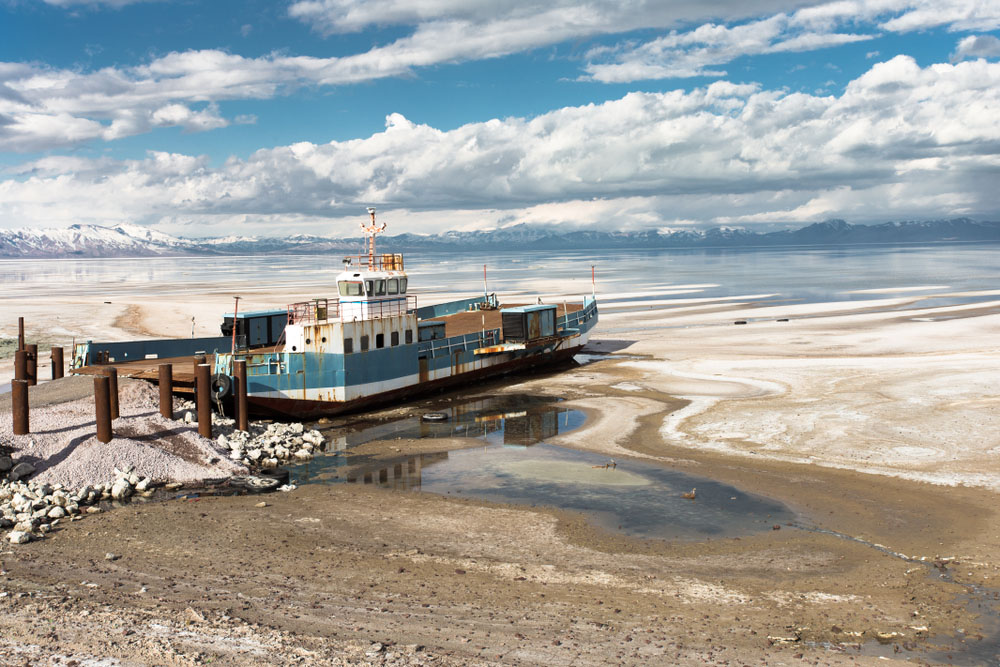 Mono Lake – along with the mountains, volcanoes and trout-rich streams that surround it – is a big draw for anyone who loves the great outdoors. The glassy waters reflect the snowy peaks of the Sierra Nevada, while bizarre tufa tower formations jut out from the lake surface. Just to the east of Yosemite, Mono is famed for the rich birdlife that wings its way to nest here, including most of the state's population of California gull. 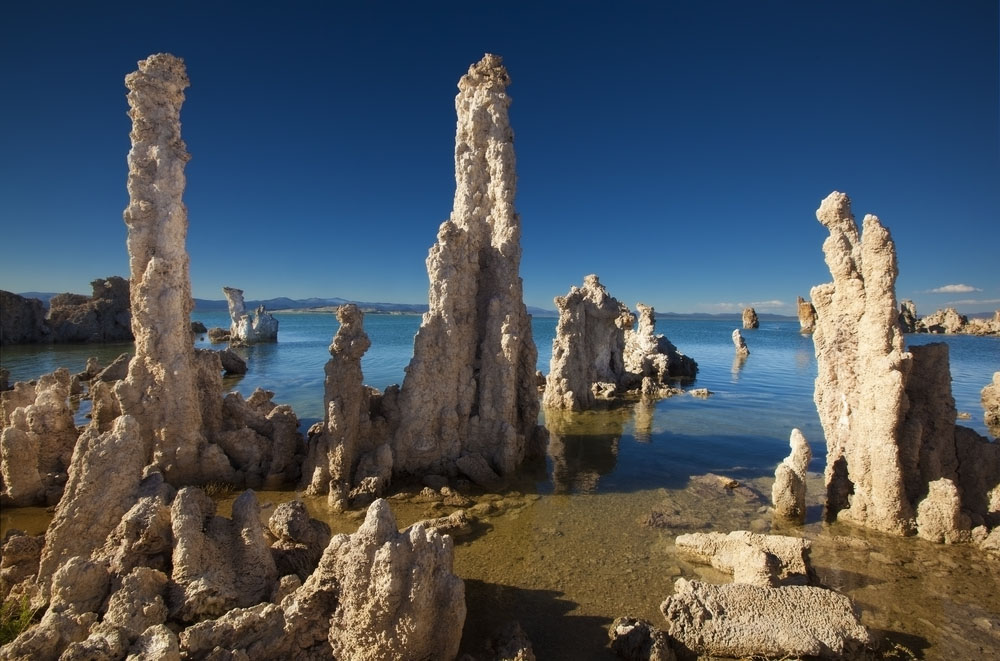