A tour through Brazilian cinema 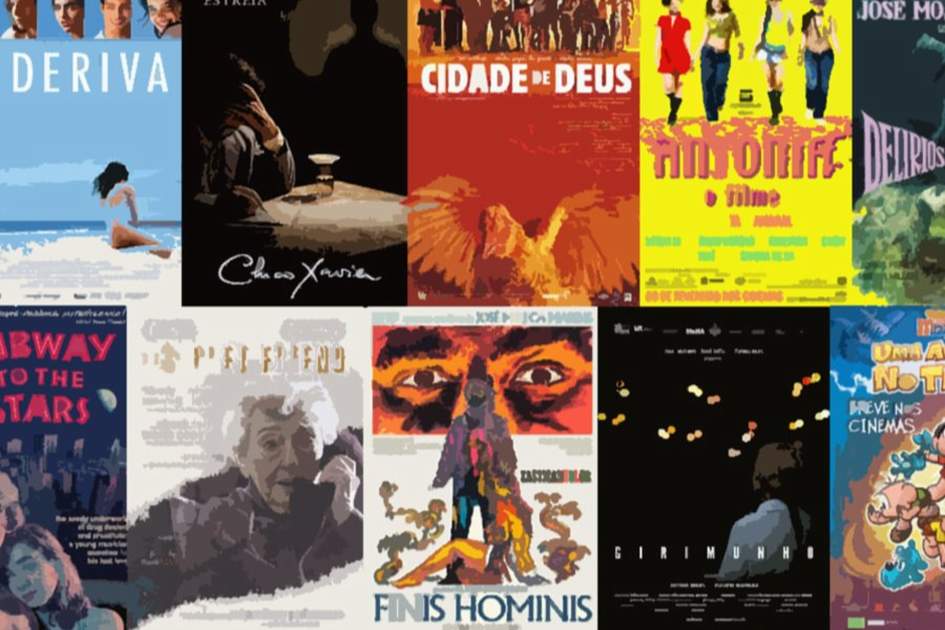 Brazil’s cinema industry is vibrant, and its actors and directors pick up prizes at international festivals with films that are hard-hitting and entertaining. The country has its own film festivals, as well as a landscape that attracts foreign movie-makers. With On The Road, directed by Brazilian Walter Salles Jr, just released in cinemas, Brazil's film scene shows no sign of slowing.

Given the diversity and extremes of the Brazilian landscape, it is not surprising that film-makers – both Brazilian and international – have used Brazil as the backdrop, and as a character, in their movies.

The nascent Brazilian film industry had its ups and downs in the early days, reaching its first peak in the 1940s when the Atlântida Studio opened in Rio de Janeiro. For the next 25 years it turned out popular films targeting the masses, many of whom could not read the subtitles on the silent films. Only free delivery into thousands of homes of a similar style of entertainment via television was to burst its bubble.

The popularity of television did not stifle artistic endeavours on the big screen, however. In 1962, Anselmo Duarte’s O Pagador de Promessas won the coveted Palme d’Or at Cannes, and it was at the same festival in 1964 that the world started to take notice of Brazil’s Cinema Novo. Both Glauber Rocha’s Deus e O Diabo na Terra do Sol and Nelson Pereira dos Santos’s Vidas Secas were in competition, while Caca Diegues’s Ganga Zumba, Rei dos Palmares was the closing film in Critics’ Week.

In 1985 it was Hector Babenco’s O Beijo da Mulher Aranha (The Kiss of the Spider Woman) that made its mark. William Hurt won the best-actor prize in Cannes for his performance and also picked up the best-actor Oscar at the 1986 Academy Awards. The film was also nominated for best picture, director, and screenplay.

If Cannes was good for Brazilian cinema, the Berlin Film Festival was even better, with Brazilian films picking up a string of prizes and critical acclaim over the years. “Of all the European festivals, Berlin has always been the most curious about our film-making,” says Walter Lima Jr, who won a Silver Bear there in 1969 for Brasil Ano 2000.

When government production subsidies were pulled in the 1990s, Brazilian film-making virtually came to a halt, but some film-makers never gave up, most significantly Brazil’s most successful and prodigious producer, Luiz Carlos Barreto, who had been responsible in 1976 for Dona Flor e Seus Dois Maridos (Dona Flor and Her Two Husbands). Directed by his son, Bruno, it was the most successful Brazilian movie ever made at the time, selling more than 10 million tickets in Brazil, and only recently beaten in 2010 by blockbuster The Elite Squad 2.

Academy Award nominations in consecutive years for producer Barreto put the Brazilian film industry back on track and bolstered its confidence in competing critically and commercially. In 1996 and 1997 Brazil received nominations for best foreign-language film, first for Fabio Barreto’s O Quatrilho, a gentle story of pioneering Italian immigrants in southern Brazil; and then for O Que é Isso Companheiro? Bruno’s movie (given the English title Four Days in September), was based on the true story of the kidnapping of the American ambassador to Brazil by a left-wing group in 1969.

Barreto’s most recent movie, and his most ambitious to date, is based on the life of Brazilian president, Luiz Inácio Lula da Silva. Directed by Fabio, Lula: o filho do Brasil (Lula: Son of Brazil), at the time the most expensive Brazilian movie ever, was released at the end of 2009.

In 1998, Walter Salles Jr’s Central do Brasil premiered at the Berlin Film Festival. The reception was rapturous. It won the Golden Bear for best film, while its leading lady, Fernanda Montenegro, won the best actress Silver Bear. Over a year later, Central do Brasil’s bandwagon rolled into Hollywood, with a nomination for best foreign-language film, Brazil’s third nomination in three years. Montenegro was nominated for best actress, a first for a Brazilian performer. The global success of the film, both critically and commercially, turned the spotlight on Brazilian cinema in general, and Salles in particular.

Salles has gone on to direct the highly acclaimed Diarios de Motocicleta (The Motorcycle Diaries), the story of the young Che Guevara’s journey through South America; the English-language thriller, Dark Water; the Portuguese-language drama, Linha de Passe; and a segment of Paris, je t’aime. Last month, his latest film, an adaptation of Jack Kerouac's novel On The Road, was released to glowing reviews.

But Salles does not stand alone. In 2003 Fernando Meirelles served up the stunning Cidade de Deus (City of God), a movie about life in Rio’s favelas that was considered by many to be not only the most innovative and fresh movie of 2003, but also the decade’s best. The movie won more than 50 international awards, and was nominated for four Academy Awards. Meirelles has since produced and part-directed a series for TV Globo, Cidade dos Homens, which is based on his film; and returned to the big screen in 2005 to direct the English-language adaptation of John Le Carré’s novel The Constant Gardener, a film that won an Academy Award for Rachel Weisz as best supporting actress. In 2008 he directed Blindness, a movie based on the novel by Portugal’s Nobel Prize-winning author José Saramago, who died in June 2010.

Another director, José Padilha, first caught the eye of the critics in 2002 with his documentary Onibus 174(Bus 174). It was his first feature, Tropa de Elite(Elite Squad), which premiered at the Rio Film Festival, that made a major impact internationally after winning the Golden Bear in Berlin in 2008. Tropa de Elite is the most pirated Brazilian DVD of all time and in 2010, Padilha released its sequel, Tropa de Elite 2. Both Padilha and Meirelles have agreed to direct chapters of the upcoming Rio, Eu Te Amo (Rio, I Love You).

Brazil’s most commercially successful director internationally is Carlos Saldanha. Saldanha is responsible for Fox’s animated Ice Age trilogy. As a reward for his success, Fox allowed Saldanha to base his 2011 release, Rio, in Brazil. Saldanha’s nerdy macaw follows in the footsteps of another famous animated bird, Disney’s Ze Carioca, a dapper Brazilian parrot created in 1942 for Saludos Amigos.

No consideration of film-making in Brazil would be complete without mentioning the number of foreign films, TV series, pop videos, and advertisements that have used beautiful Rio and the rest of Brazil as part of their backdrop.

One of the first to use Rio is still arguably the most famous – Flying Down to Rio of 1933, Thornton Freeland’s musical that for the first time paired Fred Astaire and Ginger Rogers. Other notable early films to use Rio include Alfred Hitchcock’s 1946 Word War II thriller Notorious, which starred Cary Grant, Ingrid Bergman and Claude Rains, and French director Marcel Camus’s Orfeu Negro (Black Orpheus).

Premiering at the 1959 Cannes Film Festival, Camus’s film, shot largely in the favelas of Rio and during Carnival, won the Palme d’Or, and followed that by winning both the Academy Award and Golden Globe for best foreign-language film.

More recently, Brazil was used for the production of the James Bond blockbuster Moonraker (1979); Werner Herzog’s Fitzcarraldo (1982); John Boorman’s The Emerald Forest (1985); Roland Joffé’s The Mission (1986); Luis Llosa’s Anaconda (1997); John Stockwell’s Turistas (2006); Luis Leterrier’s The Incredible Hulk (2008)and the comedies, Moon over Parador (1988), Woman on Top (2000), and Mike Bassett: England Manager (2001). Rio was also famously the backdrop for Stanley Donen’s rom-com Blame it on Rio (1984) that starred Michael Caine and Demi Moore, playing his daughter, in one of her first film roles.

More recently, Brazil was also a backdrop for scenes in Michael Mann’s Miami Vice (2006), while in the same year it was the turn of Bollywood to discover Brazil, with Sanjay Gadhavi’s hit action thriller Dhoom 2, set in Rio de Janeiro. CSI: Miami has also used Rio to good effect, as did Roland Emmerich’s 2012, and the French spy spoof, OSS117: Rio ne répond plus (2009). Sylvester Stallone used locations throughout the state of Rio for The Expendables (2010), and the city was the star of Fox’s animated Rio, released in 2011.