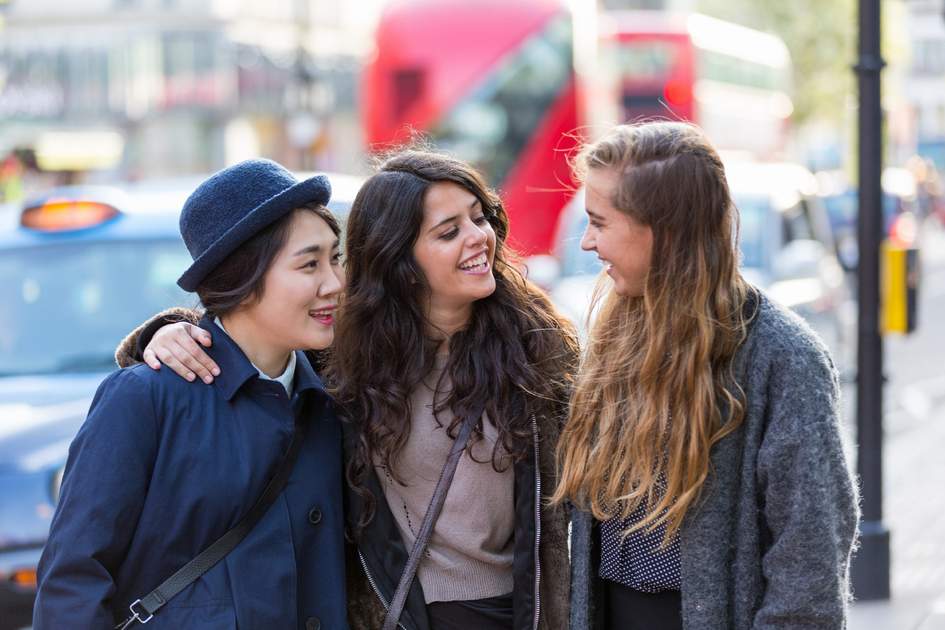 Multiracial group of girls walking in London. Urban background with busy road and sidewalk, friendship and lifestyle concepts.Group consists of one girl from Korea, one from Spain and one from Holland

The American novelist John Updike once characterised Great Britain as a “soggy little island huffing and puffing to keep up with Western Europe”. The people of these islands are famous for their curious customs and distinctive outlook, but what defines the British psyche? From tea-drinking to forming queues, this month we will be exploring an A-Z of British tradition and eccentricity.

When, in his play Pygmalion (later to be reborn as the film, then stage show, My Fair Lady), George Bernard Shaw set Professor Henry Higgins the task of passing off Eliza Doolittle, a common Cockney flower-seller, as a duchess at an ambassador’s dinner party, there was no question about Higgins’s first priority: he had to change her accent. Then, as now, a person’s origins, class as well as locality, could be identified by the way he or she speaks. Shaw cynically observed: “it is impossible for an Englishman to open his mouth without making another Englishman despise or hate him.”

Although such snobbery is most associated with the English, the Welsh and Scots are not immune. The linguistically alert can detect a range of class differences between the North Welsh and the South Welsh, for instance, and the ambassador might well prefer a dinner party guest who greeted him in the soft-spoken tones of middle-class Edinburgh than in the harsh-sounding vernacular of working-class Glasgow or Belfast.

It is remarkable – given these social pressures, the small size of Britain and the smoothing influence of television – that a vast variety of regional accents continues to flourish. Yet they do, so much so that at times even someone from within the country itself has to listen carefully to a strong accent, such as one from the West Country or the extremes of Scotland.

With Asian, African and West Indian immigrants having added to the variety of speech patterns in Britain, consensus about what constitutes “proper English speech” remains as elusive as ever. Television presenters often embrace a neutralised, accent-free English – something of a downmarket turn from the plummy Queen’s English that was typical of mid-20th-century BBC broadcasting. And it’s increasingly fashionable nowadays to use presenters with accents, such as the Brummie (Birmingham) or Geordie (Newcastle) ones. In Scotland, Wales and Northern Ireland, too, it is standard to have a stronger focus on the local accent.