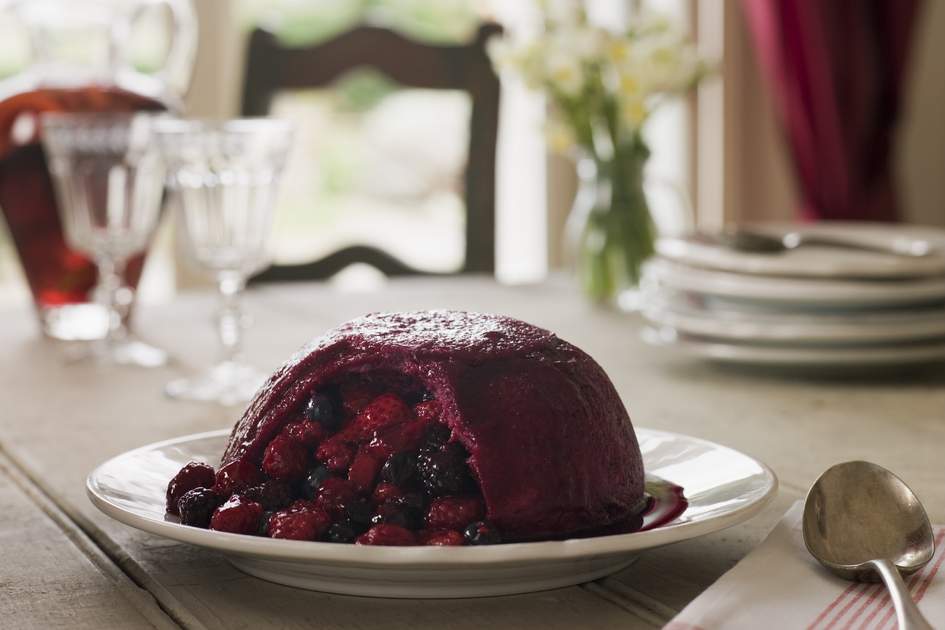 Few people contemplating a first visit to Britain would cite the cuisine as a major attraction. They may have heard disconcerting reports of soggy vegetables, unidentifiable “gravy” and stodgy, unsophisticated puddings, but, in reality, Britain has a fine culinary tradition going back to the days of the grand Victorian country houses, and even earlier. In the Brighton Pavilion, visitors today can not only see the enormous kitchen and its elaborate implements and fine copper serving dishes, but can read the menu, for a banquet given in 1817. More than 100 dishes feature, from delicate soups to every kind of meat or game, including quail and wood pigeon.

The evolution of modern British food

Victorian culinary knowledge was codified by a Mrs Beeton, who published her renowned Book of Household Management in 1861. She provided expert advice on everything from how to dry herbs to judging the age of a partridge, and her book, having been updated many times over the years, is still in print.

How, then, did the country acquire its reputation as a culinary wasteland? In Victorian times, most middle-class families employed servants, including a cook. But in the years leading up to World War II, changing social conditions led most people to give up their servants. Then came the wartime rationing of meat, eggs and butter. By the time these basic items were available once again, many traditional ways of cooking had been forgotten or, without servants, were no longer practical.

In their place came an emphasis on convenience, with time-saving appliances and the modern supermarket with its rows of tinned and frozen foods. The neighbourhood grocer, butcher and fishmonger began to disappear – and with them, the attention to freshness and understanding of ingredients that had been taken for granted.

But the supermarkets had their advantages. Thanks to modern modes of transport, they could bring produce from sunnier parts of the world to the British masses, and at a reasonable price. Oranges, avocados and olive oil were once luxury items, and could now be afforded by all. Gradually, British chefs – and humble dinner-party hosts – have learned how to incorporate the full flavours of the Mediterranean and Asia into the wholesome staples of the British diet. An army of foodies has goaded the supermarkets into providing fresh herbs year round, bread baked on the premises, and a rapidly expanding selection of organic produce and meats.

Today, from Cornwall to Caithness, you will find upmarket restaurants and “gastropubs” offering “Modern British” dishes such as roast cod with basil mash, roast rack of lamb with Provençale herbs, and lightly prepared classic steamed puddings for dessert. Chefs such as Gordon Ramsay, Jamie Oliver, Heston Blumenthal and Hugh Fearnley-Whittingstall have become ubiquitous television celebrities; recently, they’ve been joined by flush of amateur celebrity cooks, such as ex-models Sophie Dahl and Lorraine Pascale, who are adding a dash of glamour to the male-dominated world of TV chefs.

Britain’s multiracial society is reflected in its cuisine too: in towns and villages across the country there are Indian restaurants, and chicken tikka masala is often cited as the nation’s favourite dish. The influence of the influx of Eastern European and Afro-Caribbean migrants can also be seen both in restaurants and in supermarkets, many of which (particularly in London) cater well for ethnicities other than White British. Major cities, most notably of course the vast melting-pot that is London, are impressive for the variety of cuisines offered by their restaurants – a broader range, for example, than one might expect to find in countries such as France or Italy, which focus much more exclusively on their own food; that said, the more remote regions will likely be more conservative in the types of food they offer.

And if you don’t fancy a seared tuna steak drizzed with a sun-dried tomato coulis, a homebaked wheat-free organic muffin or even that chicken tikka masala, you can still find the classic fish-and-chip shops that are a British culinary icon the world over.