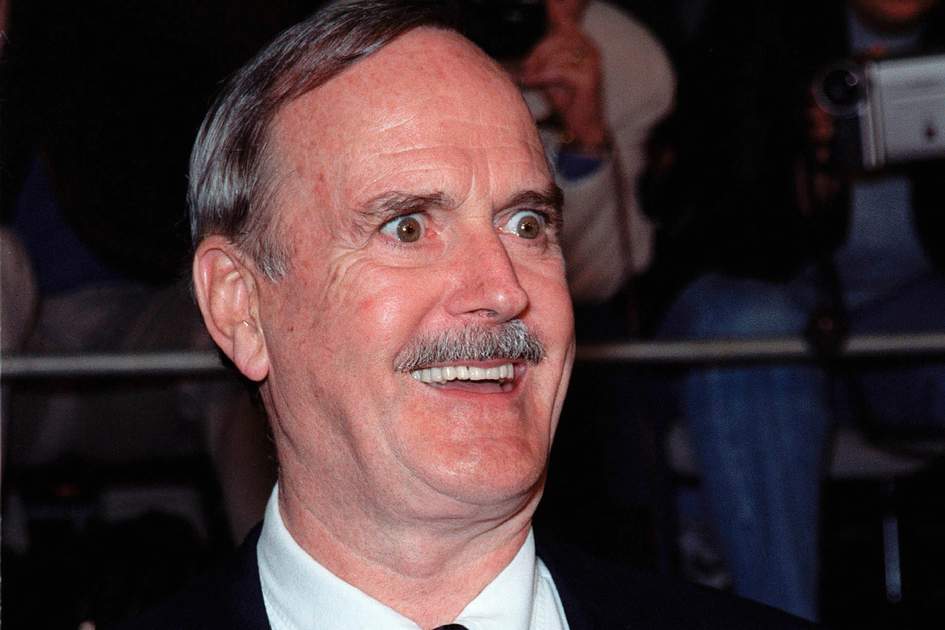 Actor JOHN CLEESE at world premiere, in Los Angeles, of the new James Bond movie "The World Is Not Enough" in which he plays "R". Paul Smith / Featureflash

For a slightly objective view of something so intensely subjective as humour, one could do worse than seek the opinion of George Mikes, a Hungarian who moved to England, where he became a humorous writer. “Britain is the only country in the world which is inordinately proud of its sense of humour,” he said. “In other countries, if they find you inadequate or they hate you, they will call you stupid, ill-mannered, a horse-thief or hyena. In England, they will say that you have no sense of humour. That is the final condemnation, the total dismissal.”

Yet no monolithic British sense of humour exists. There are many varieties, of which five are most common:

To justify their view of themselves as good losers, to whom playing the game is more important than winning it, the British have developed a sophisticated self-mockery. It is a virtue to be able to laugh at oneself. Losers loom large in British television sitcoms, from the rag-and-bone men of Steptoe and Son (translated to the US as Sanford and Son) to Ricky Gervais’s cringe-inducing The Office (which also spawned a US version).

The satirist, who laughs at others, is nourished by the prevalence of hypocrisy in national life. Also, given the rigidity and conservatism of most national habits and institutions, it’s easier to joke about them than to change them. Political pamphleteering nourished that habit, which continued in such TV programmes as Yes, Prime Minister. The great visual tradition of vicious caricature, which reached its peak in the 18th and 19th centuries with James Gillray, George Cruikshank and William Hogarth, was continued in the 1980s/90s TV puppet show Spitting Image. Have I Got News for You is a popular, long-running satirical quiz show, in which regular panellists Ian Hislop and Paul Merton dissect and mock the actions of those in the current news with the help of guest comedians, politicians, journalists and other well-known figures.

Perhaps as a palliative against the national failings of formality and pomposity, surreal humour is highly developed. Lewis Carroll is the greatest literary exemplar, and there is a long tradition of nonsense verse. Modern examples are the radio Goon Shows of the 1950s (in which Peter Sellers made his name) and the Monty Python’s Flying Circus TV comedies of the 1970s. More recent devotees to surreal humour include Eddie Izzard, Miranda Hart and The Mighty Boosh.

Shakespeare is full of it, and Dr Johnson is still endlessly quoted (“A second marriage is the triumph of hope over experience”). The richness of the English language, with its wealth of homonyms and synonyms, encouraged verbal acrobats such as Oscar Wilde (“He hasn’t a single redeeming vice.”) and George Bernard Shaw (“An Englishman thinks he is moral when he is only uncomfortable.”), and continues today with comedians including Jimmy Carr and likeable Northern lad Peter Kay. But there’s also ready wit to be found in most areas of national life, even in Parliament. In one famous exchange, Lady Astor spat at Sir Winston Churchill, “If the Rt. Hon. Gentleman were my husband, I’d put poison in his tea,” to which Churchill replied, “If the Hon. Lady were my wife, I would drink it.”